SIMSBURY — A fire inside one of the barns on Folly Farm in Simsbury left two dozen horses dead Thursday morning.  A post on the farm’s Facebook page... 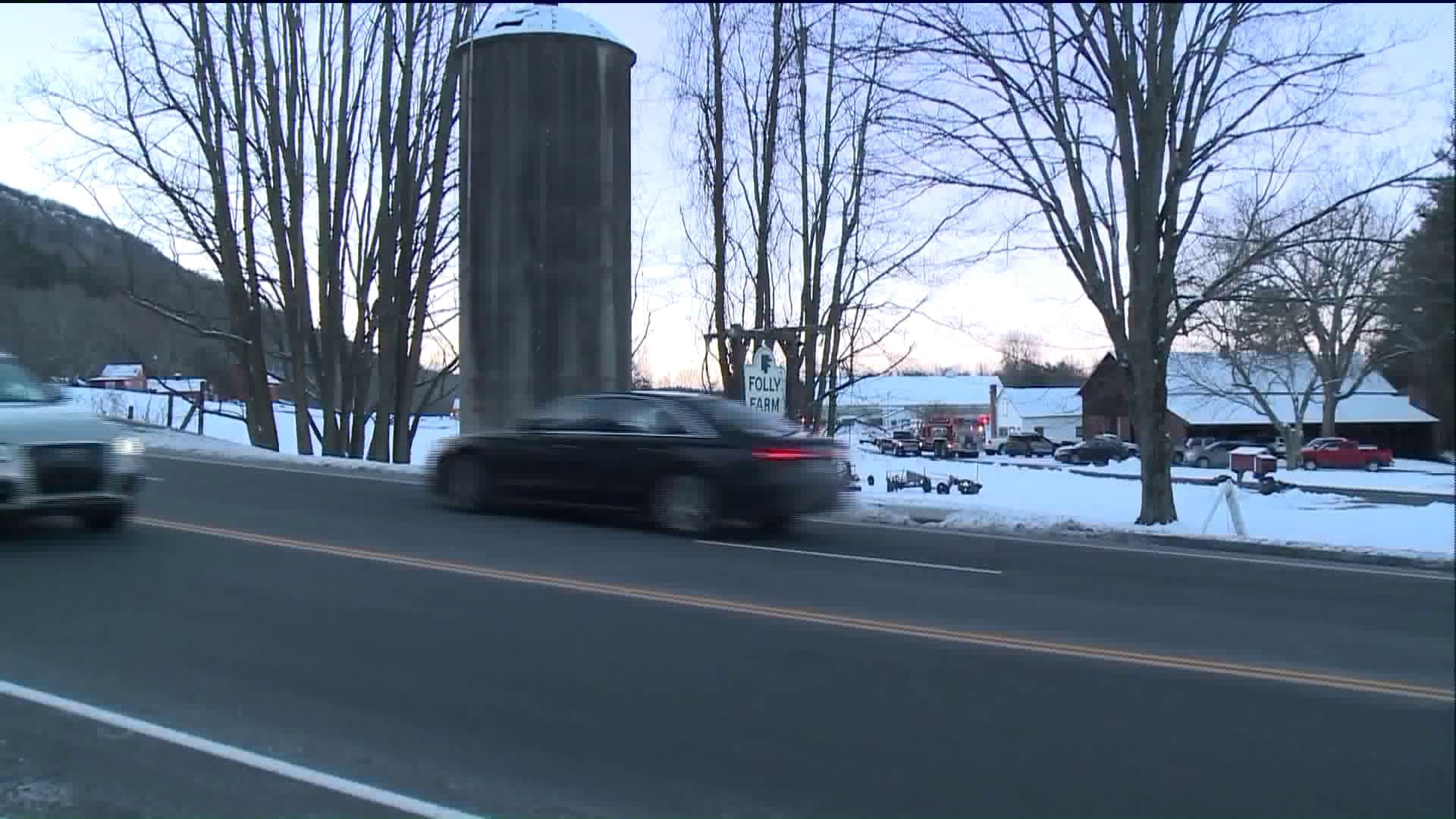 SIMSBURY -- A fire inside one of the barns on Folly Farm in Simsbury left two dozen horses dead Thursday morning.  A post on the farm's Facebook page stated all 24 horses died of smoke inhalation.

Simsbury's Volunteer Fire Company was assisted by area departments who provided tanker trucks to help knock down the flames.  Simsbury Deputy Chief Kevin Kowalski said it took firefighters roughly 15 to 20 minutes to put out the fire.

One person who works on the farm was on site when the fire happened, but officials said that person was not injured.

Kowalski told FOX61 the cause of the fire is accidental.  He said investigators believe it started in the storage room in the center of the stall area and that it was smoldering for hours.

"The most probable cause is a plug connected to a heater that kept the pipes from freezing,” according to fire officials.  “The area was not heated with the exception of a small portable heater in the storage room where the water heater and a cold water spout was and a heater that was reportedly turned on.”

According to the farm's Facebook page 3 of the horses belong to private owners and were being boarded at the farm.  The other horses were owned by the farm who used them for riding and polo lessons.

Louisa Mayock, a nearby farm owner who stopped by Folly Farm Thursday to offer help and condolences said the horse community in the area is heartbroken over the loss.

"The sad part of it here is while there's adults that can comprehend what's going on, there's many children that are going to be terribly affected by this.  It's never a good time for such a tragedy but at the holidays certainly puts a bit of a black cloud over things," Mayock said.