Watch: Deer rescued after being trapped on the Farmington River in Simsbury for hours

SIMSBURY — A deer was trapped on the ice of the Farmington River in Simsbury for hours Monday, and the entire ordeal was caught on camera. Authorities sta... 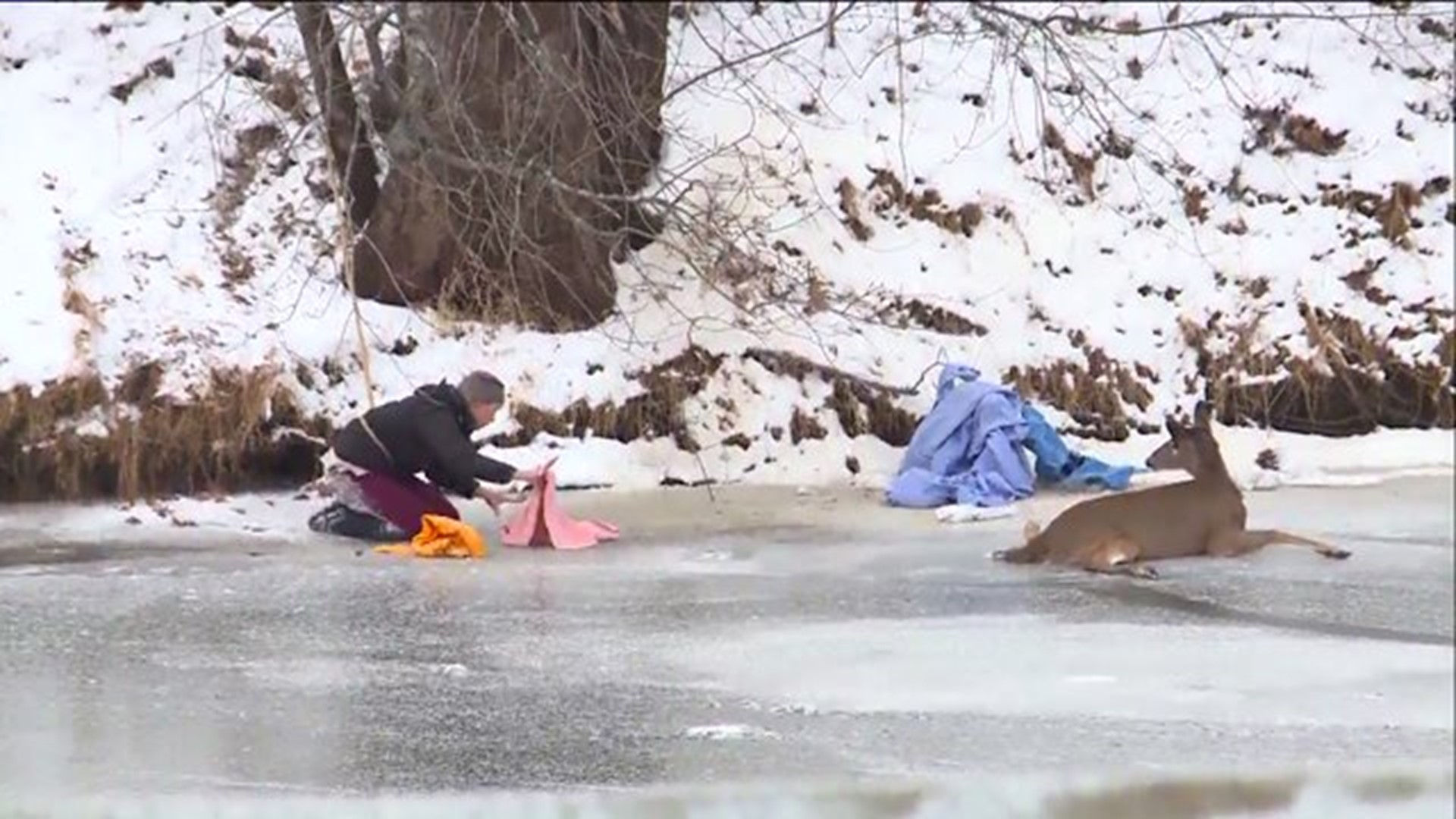 SIMSBURY -- A deer was trapped on the ice of the Farmington River in Simsbury for hours Monday, and the entire ordeal was caught on camera.

Authorities started by watching the deer's progress, hoping she could get herself off the ice. The state Department of Energy and Environmental Protection said the deer was chased onto the ice by coyotes right off of Riverside Road. The Simsbury Animal Control Officer was on the scene as well.

At first, the deer had at least one leg stuck in the water but was able to worked it out. Around 1:20 p.m., a team of wildlife experts tried to put sand on the ice in hopes of helping her gain footing.

"Our goal was to try and save this animal's life," said Mark Rudewicz, Simsbury's animal control officer. 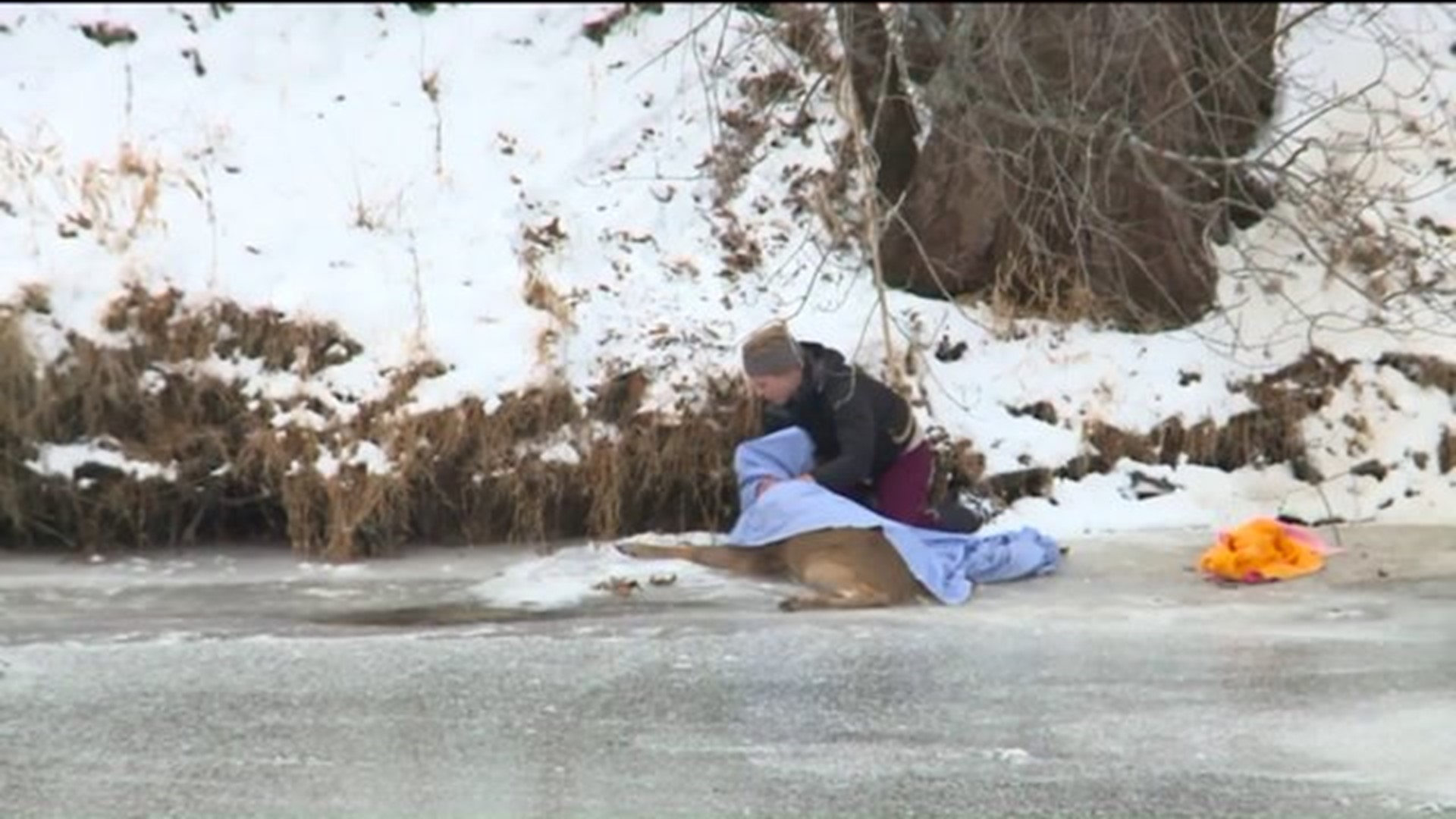 Eventually,  Animal Care manager Katelyn Stryeski from the nearby Roaring Brook Nature Center in Canton was harnessed to a tree and lowered herself onto the ice and pulled the deer in. Once on solid ground, the deer was unable to run off herself, so crews carried her off to safety.

"Most people are animal lovers," Rudewicz said. "It's a good story and, so far, has a happy ending."

The deer got up and walked away after it warmed up, and appeared to be fine.