FOX61 Exclusive: This man is awake, and singing, during brain surgery

NEW HAVEN —  It’s a nightmare scenario when under the knife, waking up in the middle of surgery and knowing what’s going on. But in some cases... 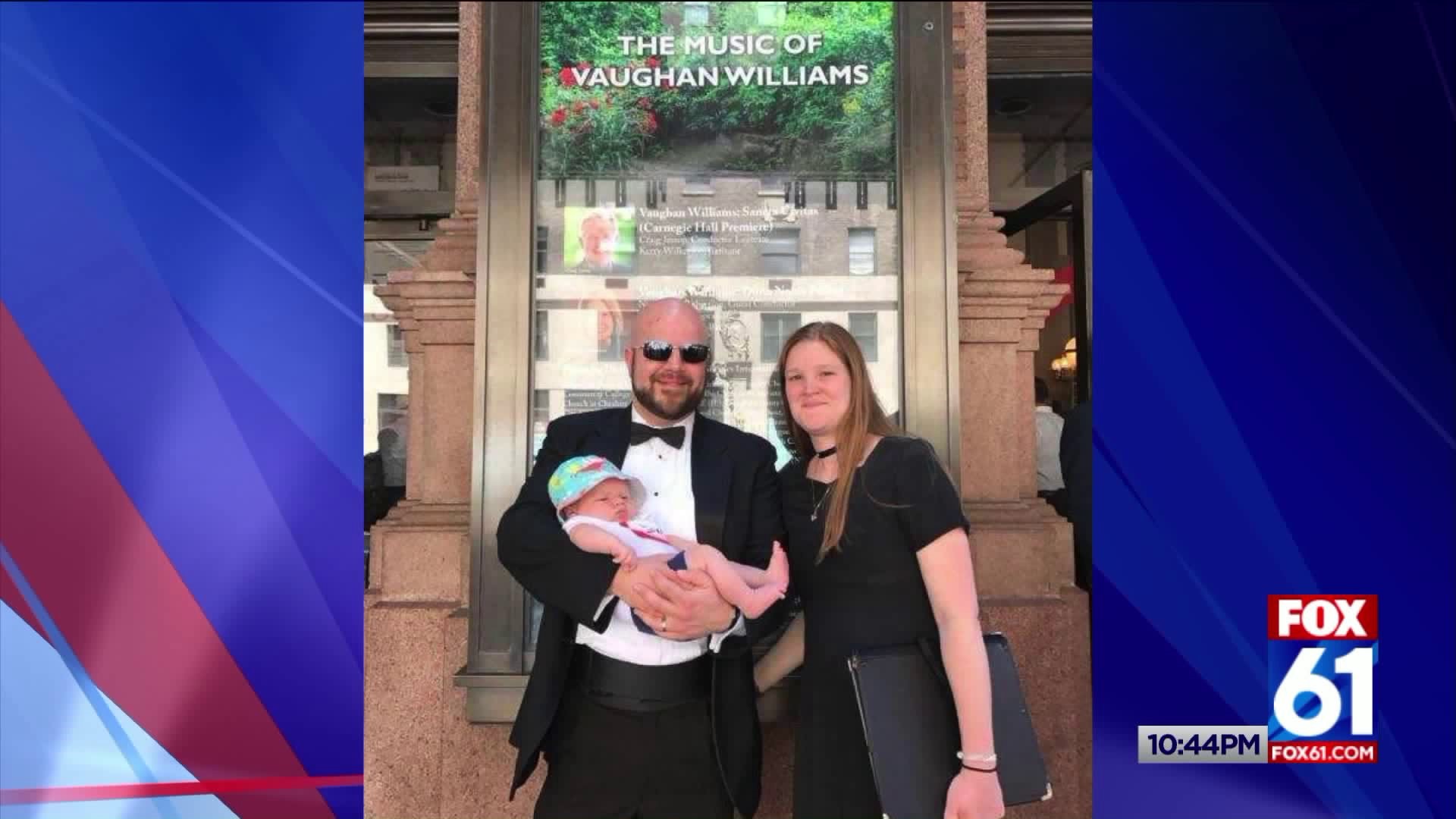 NEW HAVEN --  It's a nightmare scenario when under the knife, waking up in the middle of surgery and knowing what's going on.

But in some cases, it can be a life saver.

Surgeons at Yale New Haven's Smilow Cancer Hospital have perfected a procedure called an awake craniotomy.  FOX61's anchor Jenn Bernstein and photographer Mike Howard were invited into the operating room, where they had a chance to see an incredible procedure first-hand.

In the operating room, doctors worked to remove a tumor from the brain of a 31-year-old man named Andy, a husband, father of two, and a nurse.

He’s also a professional trained singer where he sang at Carnegie Hall with his church choir two years ago. He felt his life come to a halt, when he was diagnosed with brain cancer. He needed surgery to remove as much of the tumor as possible.  That tumor is in the part of his brain that controls speech, and yes, singing.

In the operating room, Andy is under anesthesia, as surgeons drill through his skull and begin removing part of a tumor located on the left side of his temporal lobe.  That area controls language function.

About 20 minutes into the procedure, the anesthesiologist begins to wake Andy up.  The medical staff also puts a microphone on him. It’s not for the FOX61 cameras only, it’s so the entire room including the operating surgeon, can hear what Andy is about to say.

“I do have a headache,” Andy tells Neurophysiologist Brooke Callahan, “I was telling you earlier,  I don`t know if it's from the brain surgery or the fact that I haven't had a cup of coffee this morning,” Andy jokes.

Their interaction can be heard on a speaker throughout the room.  Neurosurgeon Doctor Jennifer Moliterno has mastered multi-tasking- operating and listening.

Dr. Moliterno and her team work diligently to remove as much of the tumor as possible. What she can't see are critical microscopic language fibers which are splayed over the tumor.

"The best way to try to remove as much tumor and preserve his language, is to do it with him awake,” explained Dr. Moliterno. "Get too close to those critical fibers?  You’ll know it.  “What do you do in a chair?” Callahan asks Andy.

Andy is not able to answer, which makes Dr. Moliterno ask, “he's doing ok?”, with Callahan responding “yeah a little bit of confusion.”

Dr. Moliterno says it’s an important signal, “that's a great way for me to tell me to stop. And so even though there might be a little bit of tumor there, the risk and benefit of removing that tumor and having him not speak for the rest of his life tells you exactly what the right decision is.”

Dr. Moliterno and her team, as well as Callahan work hand-in hand.

“All of the information I receive is critical for them to know,” says Callahan. “It determines where they can go in the surgery and how much they can take out.”

Two and a half hours into the procedure, Dr. Moliterno decides it's time to wrap up.  The team then brings an MRI machine into the operating room to analyze how much of the tumor they were able to remove.

FOX61 went into another room and were able to sit with Dr. Moliterno as she analyzes her work: the before, and after.

“Here is the tumor,” Dr. Moliterno shows. “See how there's this big white area? And you can start to see here, it's not there anymore,” she explains.

“You don't have to go back in and you feel satisfied?” Bernstein asks.

He is currently undergoing chemotherapy and radiation, but says he’s feeling good.