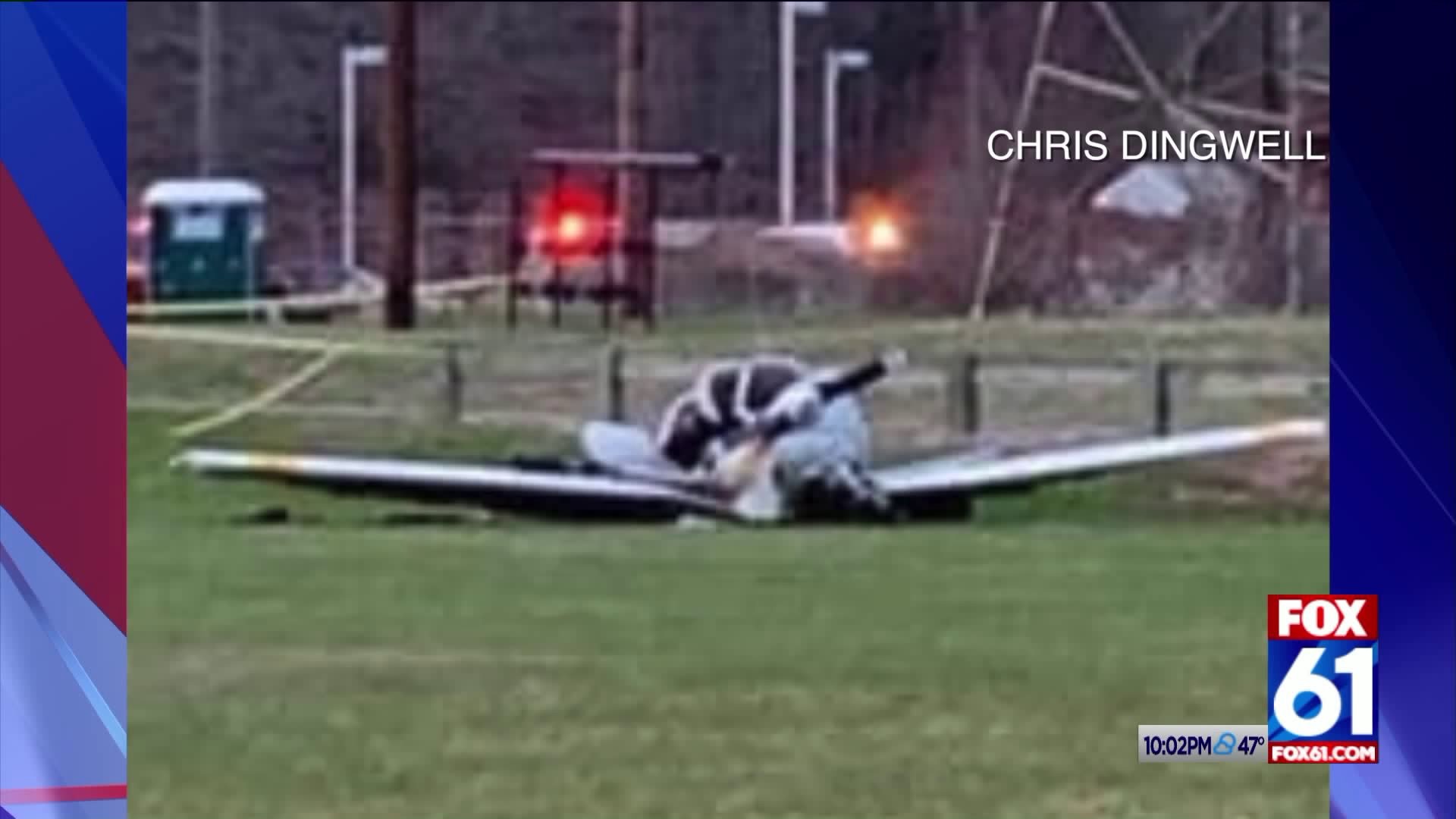 MERIDEN -- A small plane crashed in a high school baseball field Thursday evening injuring the pilot and passenger and causing a power outage.

Meriden Police public information officer Sgt. Christopher Fry said the pilot was practicing landings and take offs from nearby Meriden-Markham Airport. Pictures from the scene show a small plane on the ground near the baseball fields for Wilcox Technical High School. Two people in the plane were injured and taken to the hospital. Police said one was in his 50s and the other was in his 30s.

According to police, the plane hit a high tension powerline and caused it to come in contact with another line causing the outage. 13,400 customers are without power according to Eversource. Wilcox High will be closed on Friday.

Eversource sent nearly a dozen people to the scene to restore power. Some people are being kept from going to their homes.

Eversource sent a statement that said:

Crews are on the scene of a private airplane crash in Meriden, which affected two of our electric transmission lines and a nearby substation. Currently, about 7,300 Meriden customers are without power – that number is down from 17-thousand who originally lost service.  We are assessing damage and re-routing power to as many of the affected customers as possible, so restoration will be on-going throughout the night.  At this time, we are estimating that full restoration will occur around 4 o’clock tomorrow (Friday) morning. We are working with local authorities to ensure a safe and timely restoration while they conduct their investigation.

One person heard a loud thud and thought it was an animal on the roof, but it turned out to be the plane.

Pitch black on Oregon Road. Police have several surrounding areas closed off because of the plane crash. I spoke to one neighbor who says he hasn’t been told what time the power will be back on. pic.twitter.com/aCO6m18W0A