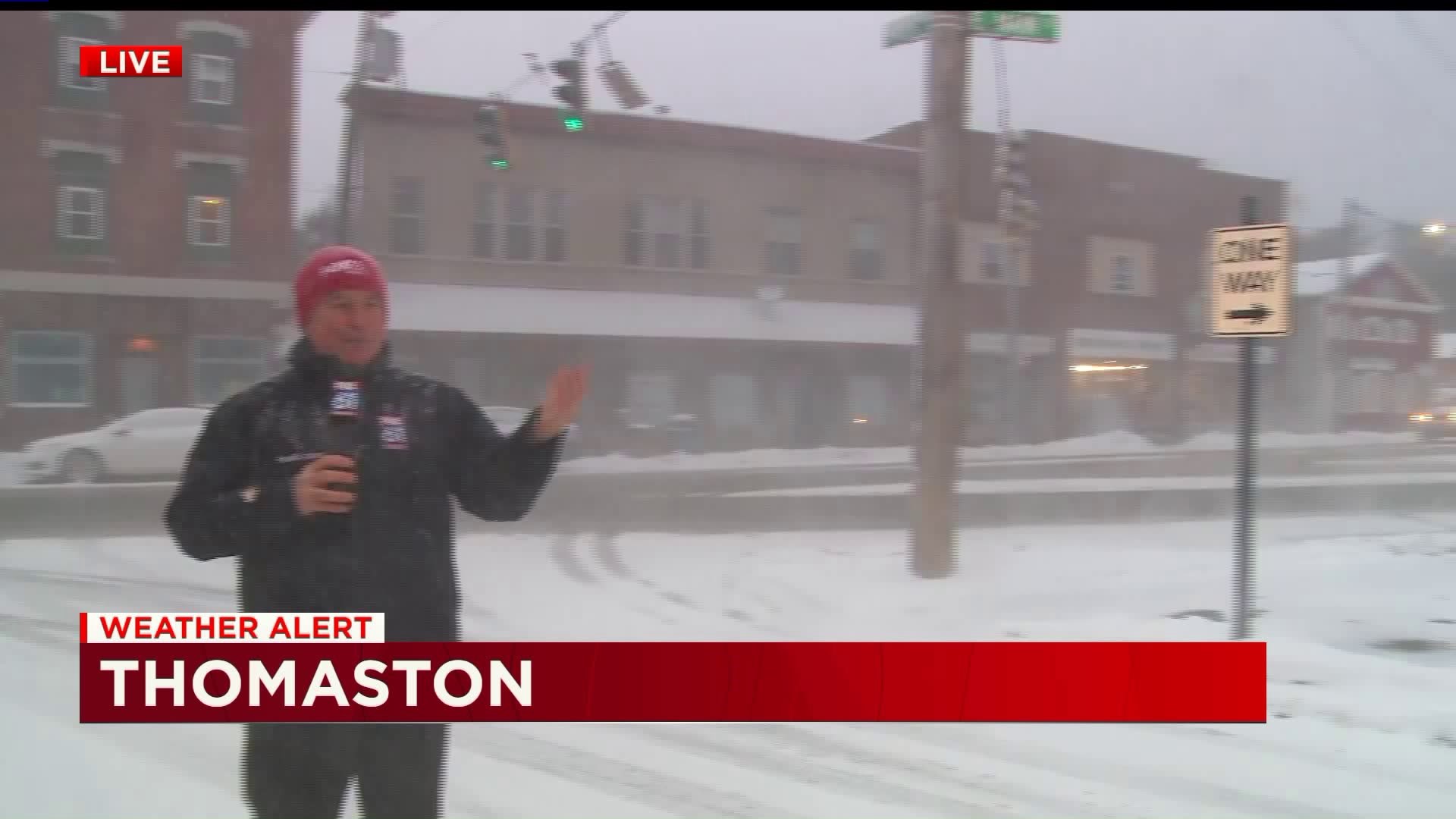 THOMASTON - Fast moving snow squalls dumped a quick inch of snow in numerous communities throughout Connecticut late Wednesday afternoon, including Thomaston, where they have to be ready for anything in the winter.

5" of snow Tuesday night, followed by Wednesday's squalls and frigid temperatures has kept the community's Public Works Department on it's toes, but they're used to that.

"On one side of town it will be just barely flurrying, but then the other side of town could be, you know, 6 inches of snow," said Thomaston Highway Superintendent, Glenn Clark.

No matter the amount of snow, the proper deicing agent for the roads is important.

"The normal salt works about to 10° above zero," Clark said. "The treated salt works to about 10 below zero." 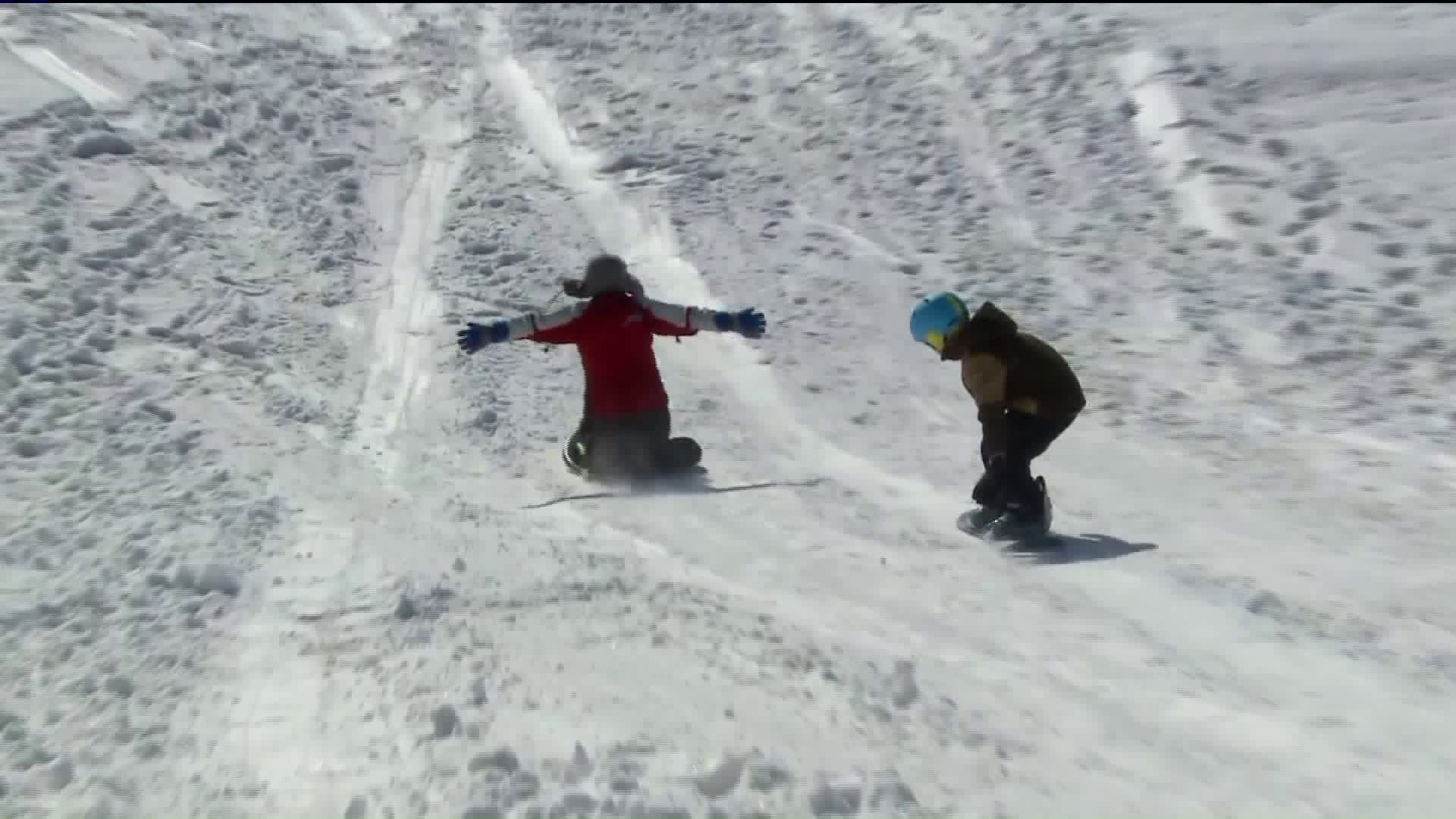 And ,if you need melting at home, many residents rely on Red's Hardware.

"It was slow up until last weekend, when we had the ice storm and it’s been better since," said Brian Dayton, the owner.

Some just refuse to recognize winter, though. That includes Bill Ryan, who wears shorts year round, except that he did not Wednesday.

"I shoveled with sweat pants on today," he said, chuckling.

Shovel? Not today for kids taking advantage of the steep hill between Black Rock School and Thomaston High School.

"Today we are off and we are sledding very fast seeing who could get the furthest trail," said Hayden Osterhout, a 4th grader.

But, winter fun can come at a price.

"Like, sometimes, you get snowballs to the head, like he just did to me," said Carter Knowlton, a 2nd grader.

About 10 miles south of Thomaston, in Waterbury, there was very little snow. However, a crust on the sidewalks forced a man to use his wheel chair in the road, along a very busy Stillson Rd. (Rt. 69). And this was while he was carrying his granddaughter, her bike and groceries aboard his wheel chair.

"We went to Walmart today to get milk, eggs," said Pedro Sonon-Rodriguez, of Waterbury, through his granddaughter, who translated.

His round trip was 4 miles.

A long time resident of Stillson Rd. was shaking his head when he saw the slow moving wheelchair.

"It’s just insane because you’re out here and cars come in and they’re looking at you and they’re drifting toward you," the resident said.,

The bottom line: clean your sidewalks off, folks. In most communities, you can face fines if you don't.