Some local companies pick up business amidst Stop & Shop strike

Stop & Shop employees have been on strike for 7 days. Contract negotiations between the retail giant and Union Representative are in their fourth month. ... 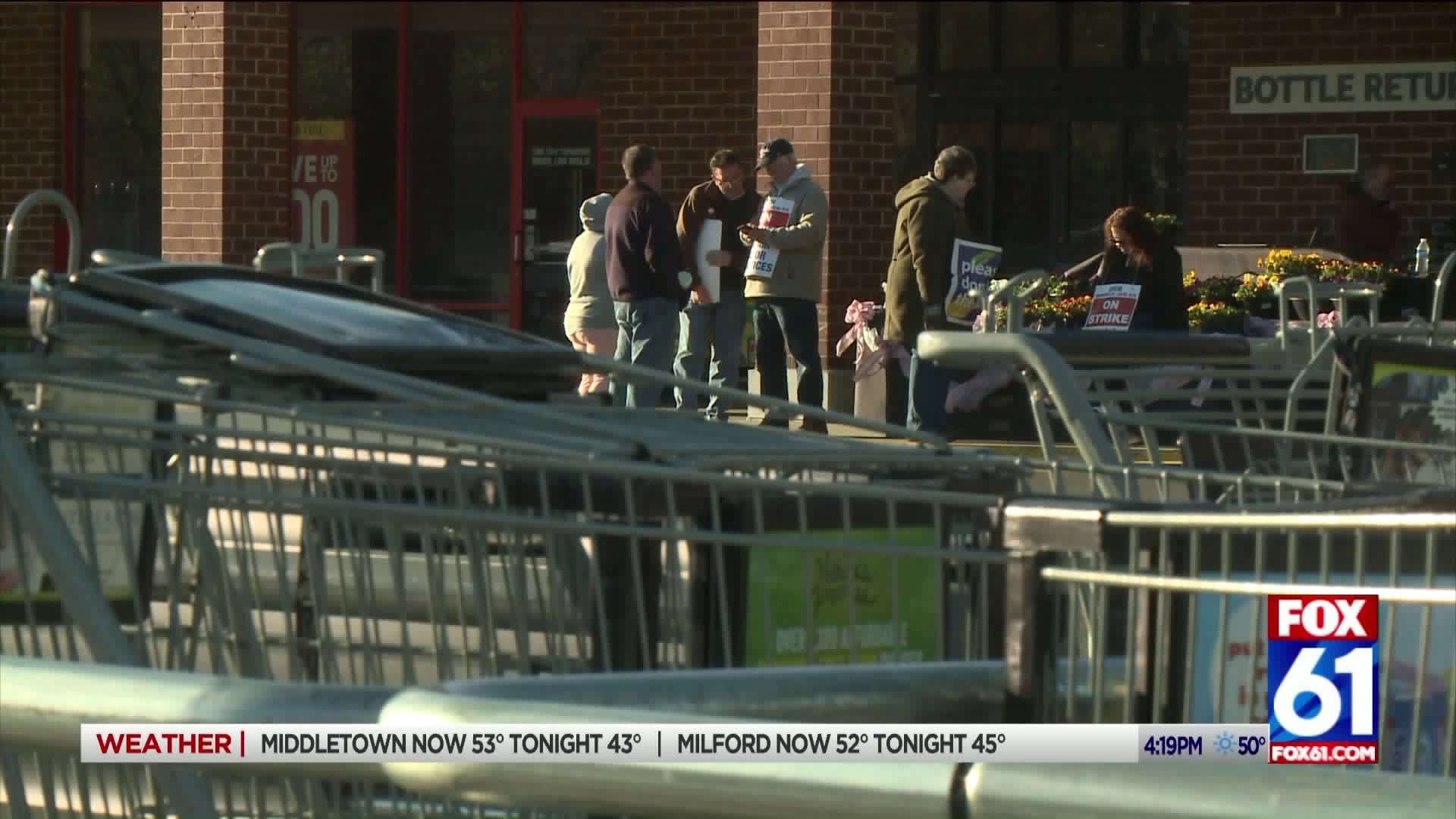 Stop & Shop employees have been on strike for 7 days. Contract negotiations between the retail giant and Union Representative are in their fourth month.

"No one thought it was going to go on this long," says Bill Mulligan, a Stop & Shop Employee in Cromwell.

The company's last strike in 1988 lasted for less than 24 hours.

"The next day we were back to work and it went by really quick," says Bob Giglietti, who has been an employee for 38 years and is a Shop Steward for the local 919 Union.

According to employees, Easter week is one of the company's busiest weeks of the year. Picket lines are keeping the parking lots mostly empty and other businesses are picking up the slack. The strike is shedding a light on important local businesses here in Connecticut, like Mountain Dairy.

"This business has been booming since the Stop & Shop closings," says Craig Stearns, President of Mountain Dairy. "I'm not trying to gloat on someone else's struggles, but...it's not a total negative for some of the local smaller businesses in Connecticut."

Mountain Dairy, based out of Storrs, stocks their milk on the shelves of many local grocers like Big Y and Highland Park Market. They say the strike has caused customers to branch out and shop local.

"I know there's some retailers out there that have seen huge increases," says Matt Miner, President of Highland Park Market in Coventry. "We're happy to see that bump, but at the same token we don't want to see others suffer."

Stop & Shop and the union are still negotiating over pensions and healthcare. Both sides say they want to reach an agreement as soon as possible to continue serving their customers.