Some parents upset over notifications in Torrington bus crash

TORRINGTON— Some parents are demanding answers after they say they weren’t notified of a bus accident in Torrington. Officials say the accident is under investi... 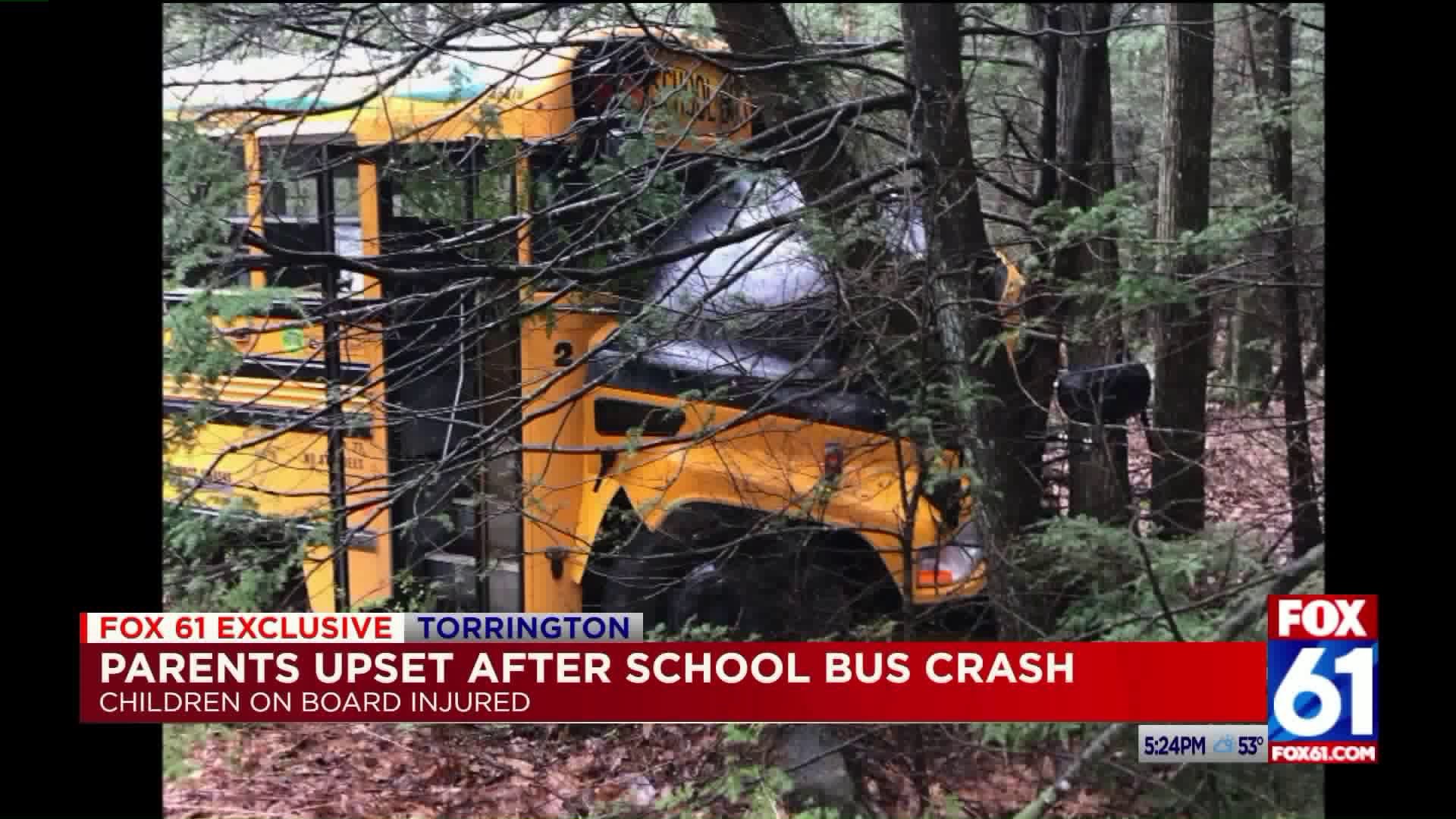 TORRINGTON— Some parents are demanding answers after they say they weren’t notified of a bus accident in Torrington.

Officials say the accident is under investigation. They say the driver of the bus careened off the road to avoid hitting a deer, but two student Fox61 spoke to say they didn’t see any obstacles in the road.

Officials say the driver swerved to avoid hitting a deer, but then hit a telephone pole and a tree.

We spoke with one student who didn’t want to appear on camera, but she told us the crash happened in the blink of an eye.

The 14-year old said, “We were coming around the corner and it just kept going straight and I was writing in my notebook and I just thought we just hit a big bump at first, but then it kept going and all I remember is just hitting my head like 6 times on the back of the seat and then it was over.”

The middle schooler says she was shaken from the experience, now suffering from a slight concussion to the head and pain in her back, neck and hip.

The school-aged child said, “It was hard just getting out of my bed this morning and everything hurt and it was not enjoyable.”

Officials initially reported there were no injuries for the students, the driver suffered a minor injury to her leg.”

Detective Keith Tieman with the Torrington Police Department said “Injures are possible after a crash… Majority of our crashes people report they are not injured and then later on the next day they realize actually they are injured,”

The mom of the young child with injuries said, “It’s not like the accident was a little fender bender, that was a pretty serious accident.”

Parents of two students told us they were never notified of the incident.

We reached out to Torrington public schools for comment who say in part:

“Once the students arrived at school, the nurse checked each student. The nurse  called each parent, and the students were able to speak with their parents as well.”

We reached out to All Star Transportation who own the school bus, but we were declined an interview.