Source: Hamden house party shooting could have been worse

HAMDEN — A police source tells FOX61 they are thankful that there were only five people injured during Friday evenings massive house party in Hamden that ... 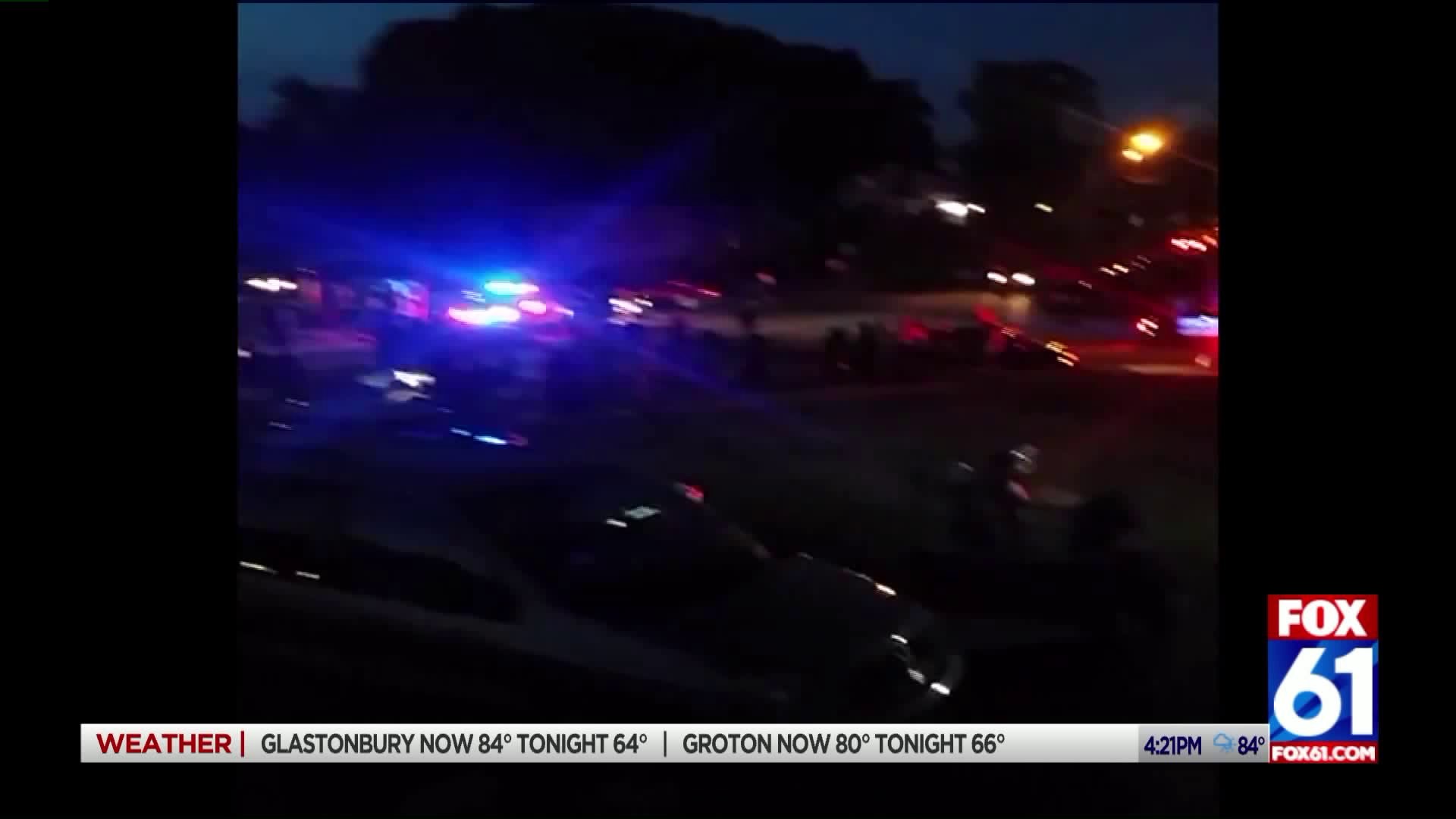 HAMDEN -- A police source tells FOX61 they are thankful that there were only five people injured during Friday evenings massive house party in Hamden that was broken up by gunfire.

The source said investigators learned that numerous people attending the party had guns.

Town officials said they’ve already shut down another one of these large house parties planned for July 27 not far from the one where gunfire broke out Friday.

Choate Avenue was back to normal Monday morning, but there were still remnants of the house party police estimated was attended by 500 people.

“Nobody seemed to care,” said Harry Antonucci, who lives directly across the street from where the party and shooting took place. “The police department didn’t want to do nothing about it.”

A brochure for the party, at 937 Choate Ave., said women wearing thong bikinis would be admitted for free. Others were charged $5. Nobody answered the door at the residence Monday.

“It’s an event that belongs in a venue, a venue that we can ensure is safe by our fire marshal’s office.” said Mayor Curt Leng (D-Hamden).

One resident of the neighborhood called police just before 7:30 Friday evening because so many people were in her yard, which was near the party.

“We advised them (party hosts) that, because this is a residential neighborhood and stuff, the party would have to be shut down by 10 o’clock,” said Acting Hamden Police Chief John Cappiello. “They informed us the party would be done by 9 o’clock.”

Police said at 8:45 the DJ shut things down and people started to disburse. Then, there were multiple gun shots. Five people sustained non-life-threatening injuries.

Another resident, who asked that her identity not be revealed, said this wasn’t the first large party that these people have hosted.

Many felt the party should’ve been shut down the first time cops were called to the neighborhood Friday evening.

No arrests have been made. Police describe the suspect as being a light-skinned African-American male, in his early 20s, thin build, pock-marked face, small amount of hair on his chin, wearing a black hat (backwards), tee shirt and blue jeans.