Source: Higganum teen ejected and killed in SUV rollover was not wearing seatbelt 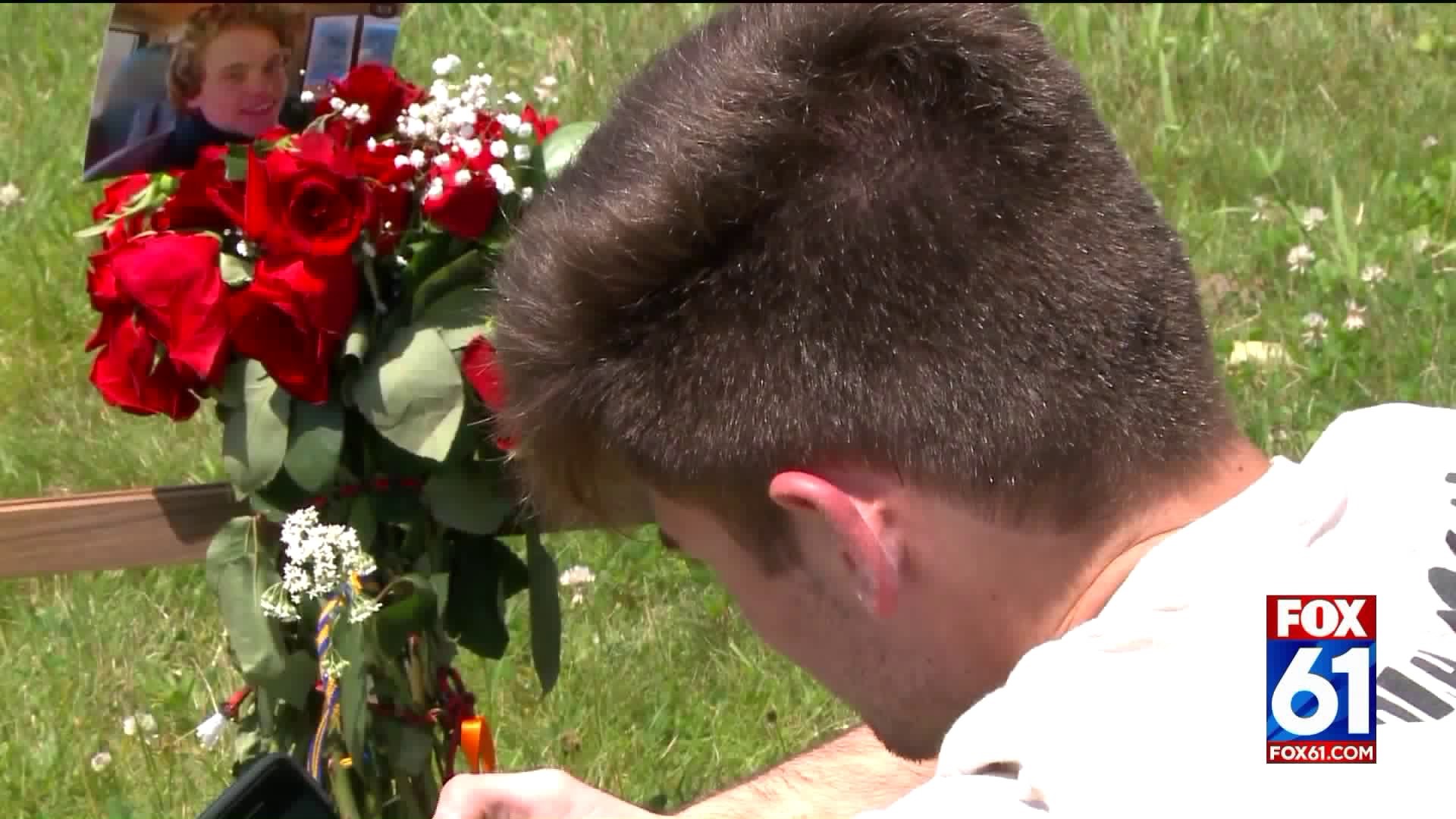 MADISON - Investigators are still working to determine why an SUV, full of recent Haddam-Killingworth High School graduates, lost control while leaving Hammonasset Beach State Park Saturday night and tumbled several times -  leading to the death of one of the six occupants of the vehicle.

18-year-old Nicholas Proto was killed after he was ejected from the tumbling SUV right in the area of a curve in the outbound travel lanes at Hammonasset.

A source tells FOX61 that the two people ejected were not wearing a seat-belt.

Many of those camping near the location of the accident went home yesterday. But for those who remain, Saturday night’s events will be etched in their minds forever

“We hear tires squealing down the road,” said Jason White of Litchfield. “We all stopped what we were doing, looked over and we see a car rolling several times.”

He said as they were rushed over to the scene, everyone’s attention focused on the two, who were ejected.

“They were laying next to the vehicle, on the ground, and the other four climbed out as we were rushing over there.”

Many have honored Nick Proto by stopping by the memorial set up right next to the Hammonasset roadway where the accident occurred.

“I heard about the accident, while I was at work, over the police scanner,” said James Murphy, who describes himself as one of Proto’s best friends.

A short time later, Murphy received word from his friends that Proto was killed.

“I mean, I didn’t really know what to do at first,” said Murphy, who also graduated a couple of weeks ago from H-K. “I obviously went home and called my parents.”

The Superintendent of Schools declined comment on Proto‘s death, but says Haddam-Killingworth High School community has dealt with a lot over the past 18 months. One long time teacher died of cancer, another committed suicide and now Nick Proto’s death.

“Him and the teacher, who passed away last year, had a very special relationship,” Murphy said.

By 5 pm Monday, the Go Fund Me page, set up to help defray funeral costs, had raised more than double the amount asked for, approaching $24,000.

“There’s no one else you’d rather have as a close friend,” said Murphy.

Again, all six occupants of the SUV had just graduated from H-K June 11.