Southington has a conversation about race

SOUTHINGTON — More than a month after a juvenile was charged with Breach of Peace for making a video filled with racist rhetoric, the Town of Southington ... 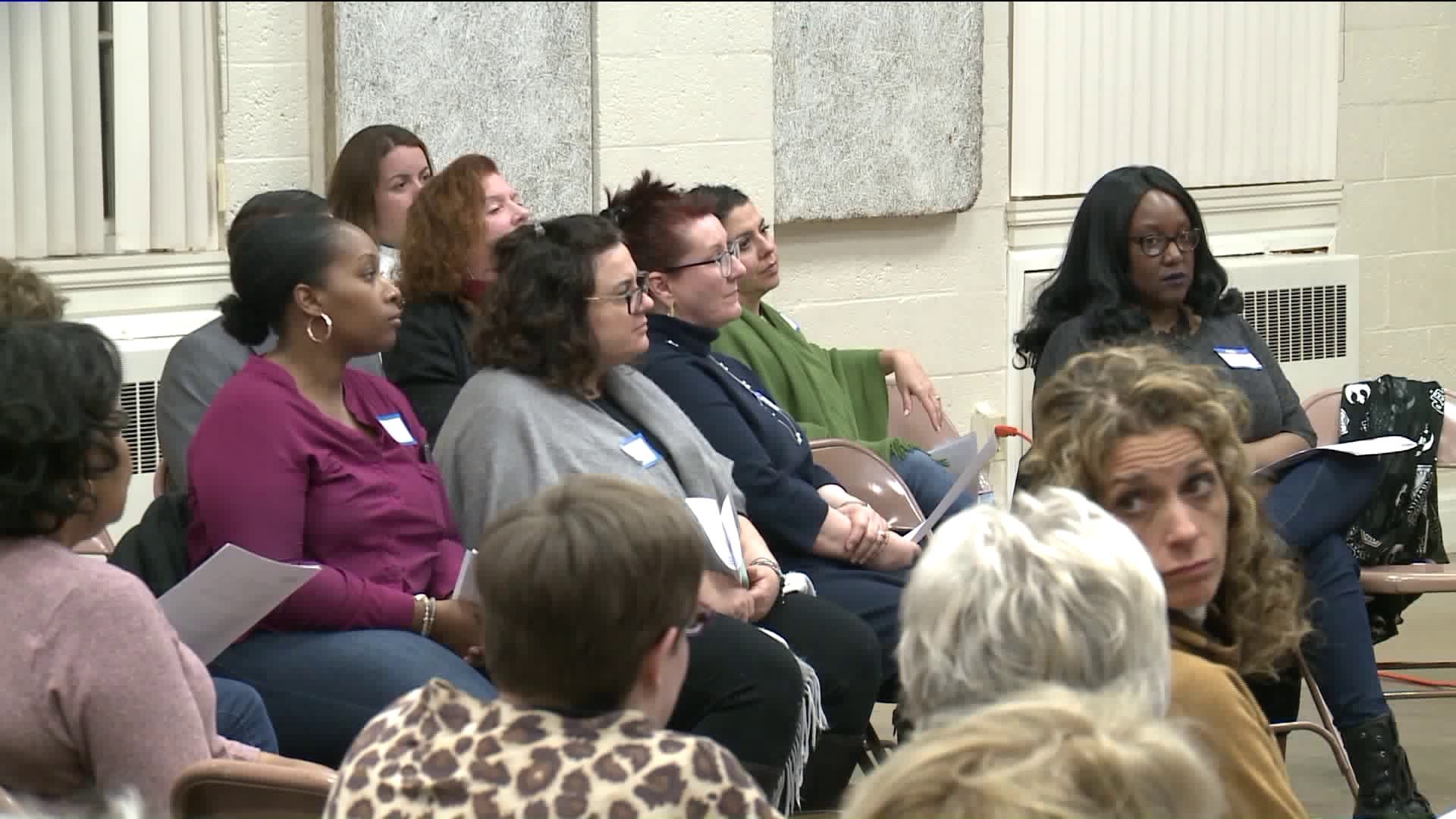 SOUTHINGTON -- More than a month after a juvenile was charged with Breach of Peace for making a video filled with racist rhetoric, the Town of Southington is trying to move forward.

An event Wednesday night in town, was aimed at moving forward.

Erica Byrne, Founder of Southington Women of Progress organized the community discussion, “We really just want to open a dialogue with people, so that people feel uncomfortable engaging in this conversation and get a little awareness about the topic and walk away feeling like they can have these conversations with their friends and neighbors.”

This dialogue, at the First Baptist Church in Southington, was co-sponsored by the Southington Woman for Progress and the Harriet Beecher Stowe House- and was filled to max capacity. This is the third meeting of this series, but the first since the video came out.

Bryne added that the video was not the reason for the meeting, but increased interest, “We had planned this way back in November. And then the video Incident happened, and increased awareness happened on the part of the Board of Education in the public-school system and also the town Council; and so the interest in this event grew significantly out of that.”

The video created some tense emotions in town, and the Southington Board of Education is hoping to ensure it is a learning moment for their students. Many of the Board of Education members were in attendance. Patricia Queen said, “The video itself was a moment of crisis, and that happens in school districts, you have moments of crisis. And that’s when we look to our leadership, our superintendent to handle the immediacy of the moment. And the primary, in any moment like that the most important thing is that our students are safe, that’s our most number one priority. And our superintendent handled that very well.”

Residents, parents and students have been concerned over the video, some are hoping this will push positive dialogue and change for the Southington community.

Cheryl Hilton is a Southington Community Organizer who assisted in putting the event together, “On the whole, I think that it has brought awareness to the town. I think people were shocked by it, overall. Of course, they’re always going to be a few pockets who were in different at best. But I think overall, or at least I hope overall people want to do better.”

The juvenile who made the video is a student in Southington Schools. His case has been referred to juvenile court. But the damage done by the video will take time to heal, according to organizers, tonight’s meeting was step in a positive direction.