SOUTHINGTON– One man is behind bars again after police connected him to a series of burglaries dating as far back as 2016. The Southington Police Departme... 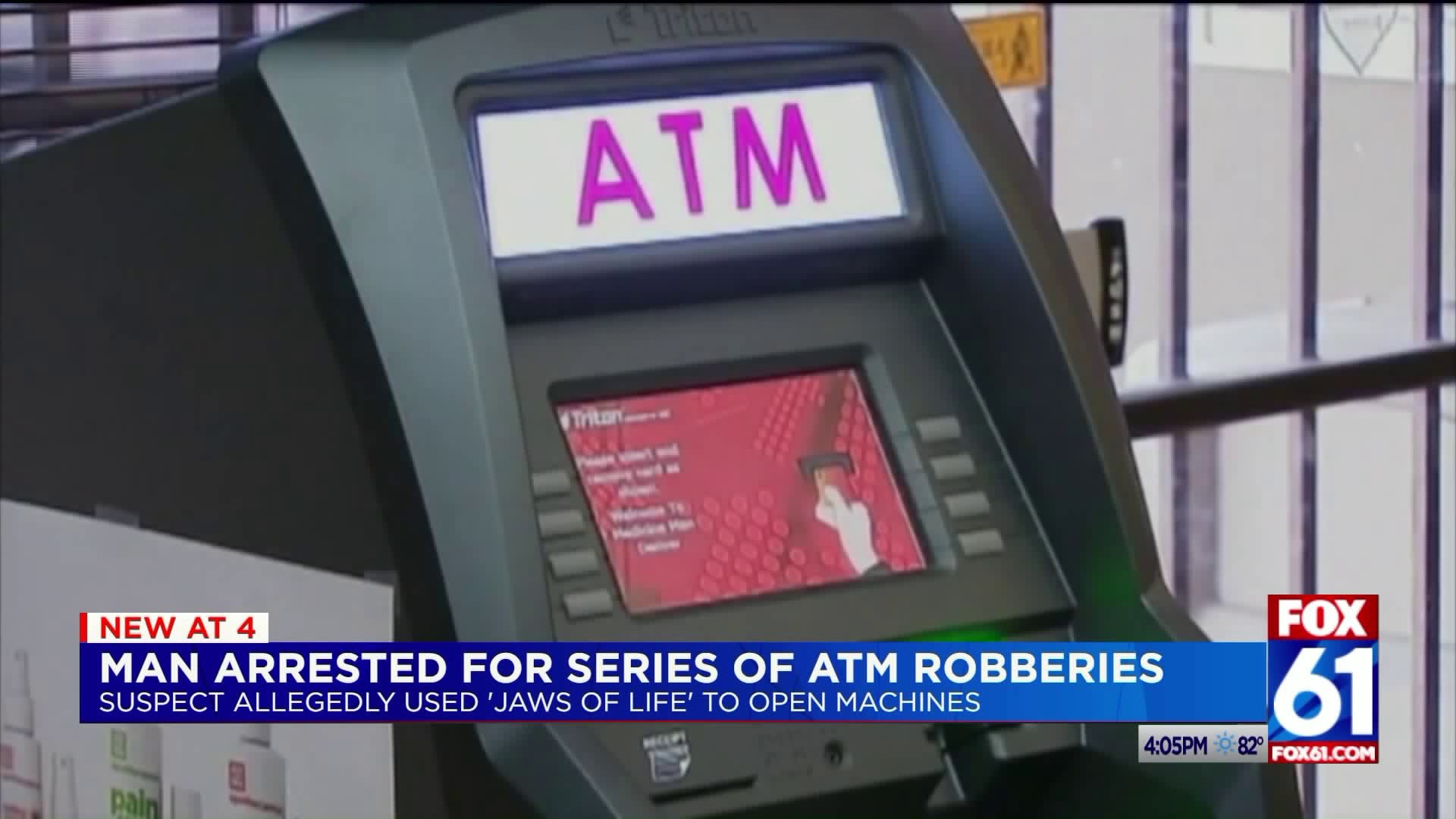 SOUTHINGTON-- One man is behind bars again after police connected him to a series of burglaries dating as far back as 2016.

The Southington Police Department's Special Investigations Unit arrested Joshua Moore of Shelton for a 2016 commercial burglary that occurred at the Dunkin Donuts at 1096 West Street.

Investigation into the commercial burglary revealed that the ATM machine located inside the business was the primary target of the burglary, and the suspect utilized a battery powered hydraulic spreader similar to what is used by firefighters during vehicle extrications (Jaws of Life) to gain access into the ATM machine.

Details of the crime determined that this was not an isolated incident, rather one of many similar commercial burglaries that involved the use of this tool prying open ATM machines across Connecticut and New York.

Lt. Stephen Elliott of the Southington Police Department says police have bank records of Moore making purchases at locations days before he burglarized it.

Multiple law enforcement agencies coordinated their efforts to investigate these burglaries and eventually a suspect was developed by the Greenwich Police Department.

“In this case Mr. Moore used his debit card when he was in the Duncan Donuts here on West Street in the days leading up to our burglaries... he used his debit card for purchases, so when our detectives were doing their investigation they also looked at his financial records and when it shows he was there two times leading up to the incident date and he did this a various locations so it became kind of a pattern,” said Lt. Stephen Elliott.

Search warrants confirmed that Moore purchased a Holmatro BCT 4120 Self Contained Rescue Tool (Jaws of Life) from eBay prior to these commercial ATM burglaries.

Police say after each burglary Moore would deposit the same amount into his bank account, either in increments or the full amount.

Despite the information that was found police say this was a hard case to crack.

Lt. Ellliott said, “One of the things is we didn’t have DNA evidence, latent fingerprints things like that on the scene, he wasn’t leaving those. I believe he had gloves on and stuff like that and he was hooded. It wasn’t something if someone looked at the video they could say well yeah that looks like him.”

The Greenwich Police Department secured an arrest warrant for Moore and took him into custody in January.

Several other agencies have served arrest warrants on Moore, and was held on a total of $550,500 bonds at the time of this arrest.

On July 5, 2019 Moore was arrested at the Bristol Superior Court by the Special Investigations Unit charging him with Burglary 3rd Degree, Larceny 3rd Degree, and Criminal Mischief 1st Degree.