SOUTHINGTON– A Southington teen is being called a hero Sunday after he jumped into to action following a hit and run accident. The right place, at the rig... 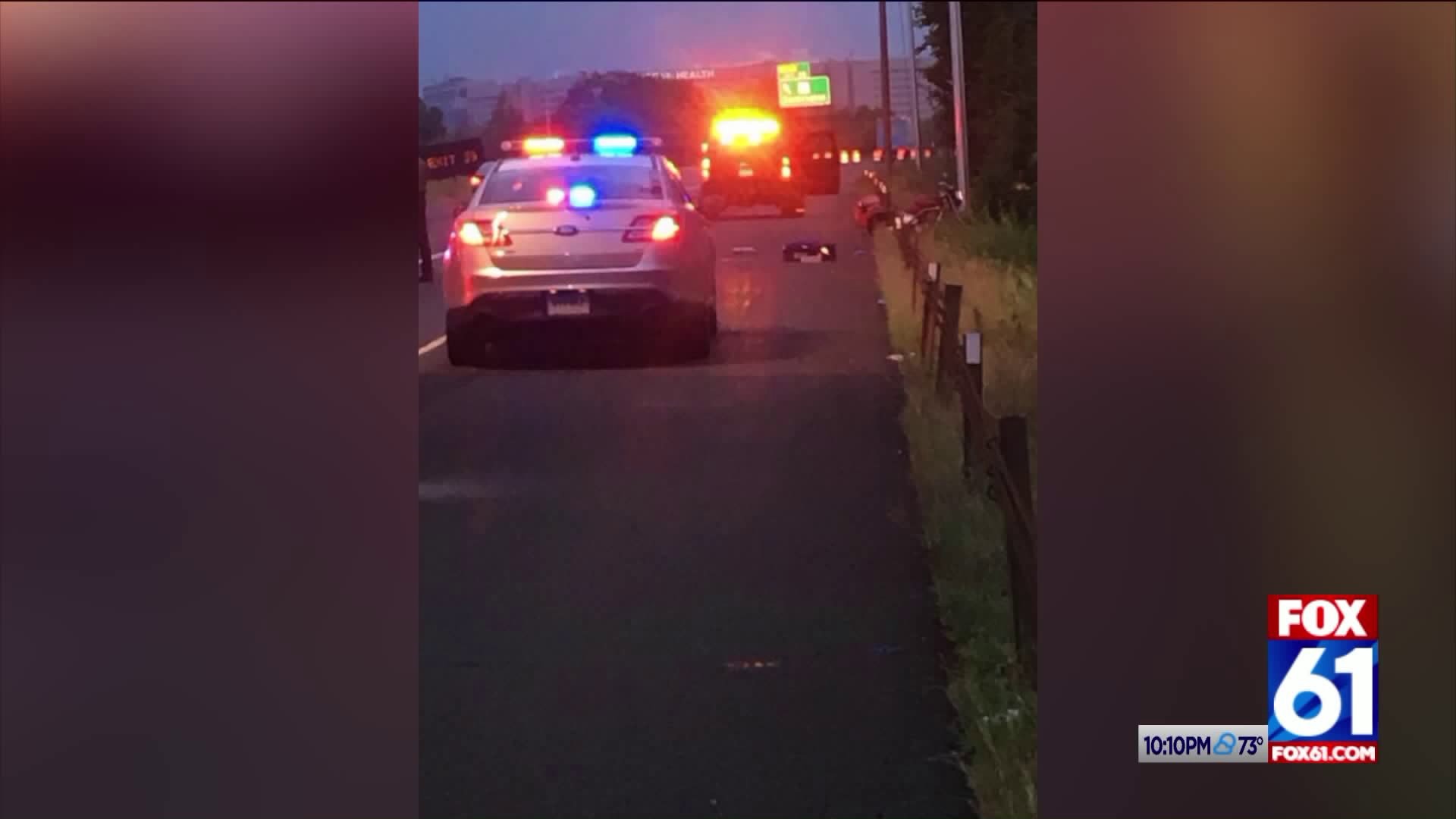 SOUTHINGTON-- A Southington teen is being called a hero Sunday after he jumped into to action following a hit and run accident.

Devan Tillotson, 19, has been in the military just seven months and jumped right into action when he saw a motorcyclist get hit on I-84 Saturday morning.

He was on his way to the airport with his mom, to fly back to the Fort Polk, Louisiana where he is currently stationed in the Army, when this accident happened.

“It happened really fast. We were driving and the guy came flying around us and hit a guy on a motorcycle. I saw something go flying. I thought it was a bumper but it was actually the man he hit,” said Carla Keim, Devan’s mom.

“I ran over to him grabbed a belt off my pants and ran back to do the tourniquet,” said Devan.

“He immediately tied a tourniquet around the man’s leg he was losing a lot of blood pretty fast, it was pooling,” said Carla.

Within minutes first responders arrived and applied another tourniquet to the man’s leg. He was rushed to the hospital where he immediately went into surgery. He has been able to keep his leg this far thanks to Devan’s quick actions.

Sunday, Carla got to speak with him, he thanked her and her son for all they did and hopes to meet Devan soon.

Devan’s actions came as no surprise to Carla, she has three kids who all have followed the path of public service.

“My son is a fantastic human being and I knew that before this happened all three of my kids are great people, but I really am just in awe of them I didn’t know how capable he really was.”

Devan told us he eventually wants to be a police officer, so he can continue to help people.

As for the driver of the SUV, Michael Rios of Hartford has been arrested in connection with this accident. He’s facing several charges including evading responsibility, personal injury. His bond was set at $25,000.