STONINGTON –The Stonington town dock once featured a dozen or more vibrant commercial fishing boats. Now, it’s down to three or four. “My reve... 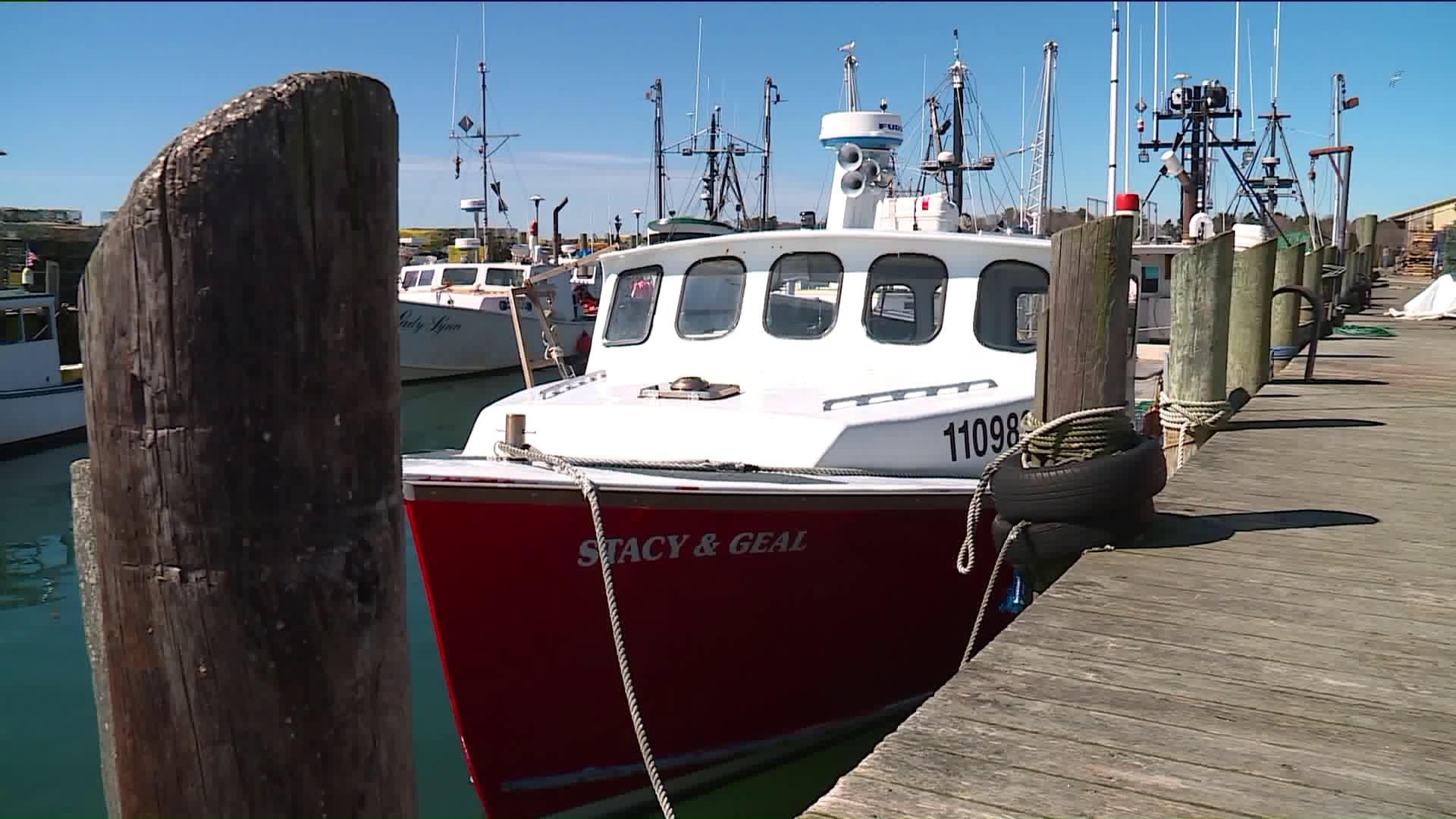 STONINGTON --The Stonington town dock once featured a dozen or more vibrant commercial fishing boats. Now, it's down to three or four.

"My revenue has gone down probably 75 percent," says Joel Hovanesian, a fisherman for 45 years.

"The ocean's loaded with fish, but they don't allow us to catch it," said an aggravated Robert Guzzo, another longtime fisherman.

"This year, we're only allowed 120,000 pounds of fish," said Mike Gambardella, a fish wholesaler, with businesses in Stonington and East Haven.

Connecticut permitted fishermen to net roughly 400,000 pounds of fish as recently as 2016.

"And we have the freshest fish available right out our front door here," said Guzzo, who said the government's science is wrong.

He is Vice President of the Southern New England Fishermen and Lobstermen Association, Inc., which has created a new bumper sticker, with the message "MAKE COMMERCIAL FISHING GREAT AGAIN" in hopes of reeling in President Donald Trump.

"President Trump, we need help," pleaded Guzzo. "We need this straightened out so that Americans can eat healthier and and cheaper."

When business was bustling, Gambardella Wholesale Fish would ship out 5,000 cartons, with 60 pounds of fish in each, every week. Now, on a really good week, it's 300 cartons.

"We had our senators here trying to help us and the best answer I could get out of them is 'it takes time.' It's been over 25 years! I am going out of business right now," said Gambardella, who admits he was going to close his family's century old business three years ago, until fishermen were alerted that the summer flounder (fluke) supply was nearly 100 percent replenished. Since 2014, however, he says his permitted take of that particular fish has been reduced by nearly 60 percent.

Gambardella says the association is hoping the President listens and, at the very least, they can schedule a meeting with Linda McMahon, the former World Wrestling Entertainment head, who is now President Trump's leader of the Small Business Administration.