NEWINGTON  – Getting teens to understand the harmful effects of vaping, that was the goal of a school wide event at Newington high school Monday. People g... 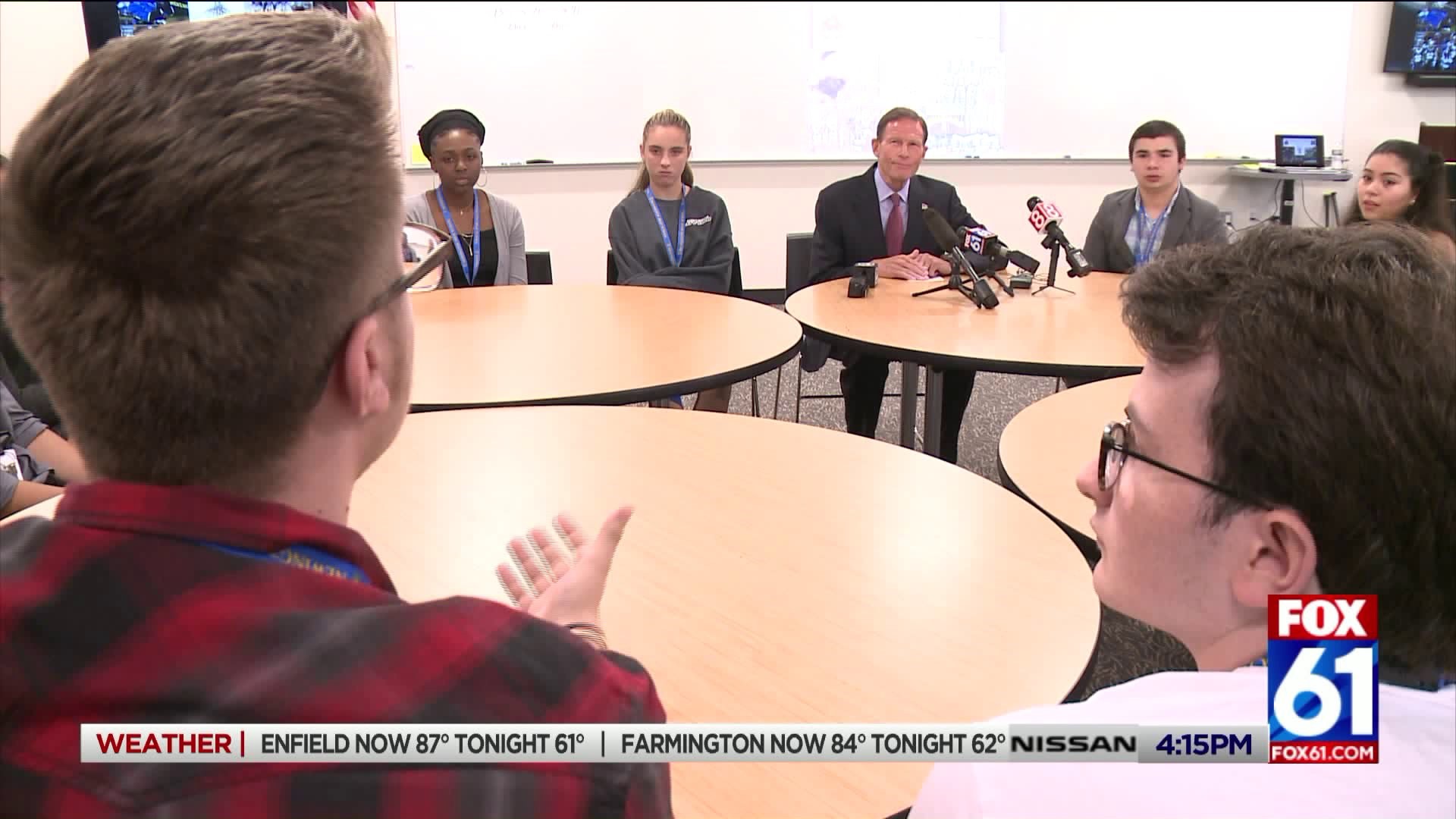 NEWINGTON  - Getting teens to understand the harmful effects of vaping, that was the goal of a school wide event at Newington high school Monday.

People getting sick from vaping have risen sharply recently.   Thirteen people have been hospitalized in Connecticut alone with illnesses believed to be from vaping. That’s why Senator Richard Blumenthal hosted a roundtable with a handful of students.

“I think It’s very helpful for the people who took it serious, that’s something impactful that helped a lot people who might have been confused about the topic or have know about the topic but has learned more. I think that things like his need to be spread, people need to know about this,” Logan Dumes, a senior at Newington High School.

One of the things students told Blumenthal during this roundtable was that this problem is starting before high school, middle school students even vaping.

“Since 7th grade I saw it starting in the bathrooms and during 8th grade it really blew up, a lot of people started doing it. People were getting caught with it and I know that a couple of my friends really did get in big trouble about it,” said Efrain Colon, a freshman at Newington High School.

One of the biggest objectives: getting students to spread the message amongst their peers. “At the end of the day, they are the most important piece, because these are young people talking to other young people. They are the ones who will persuade them that they are in very dangerous territory by beginning lifetimes of addiction and disease involving vaping,” said Senator Richard Blumenthal.

Blumenthal said he wants to raise the age to buy these products, ban the flavored products, and require a prescription for people who use it as a smoking cessation product.