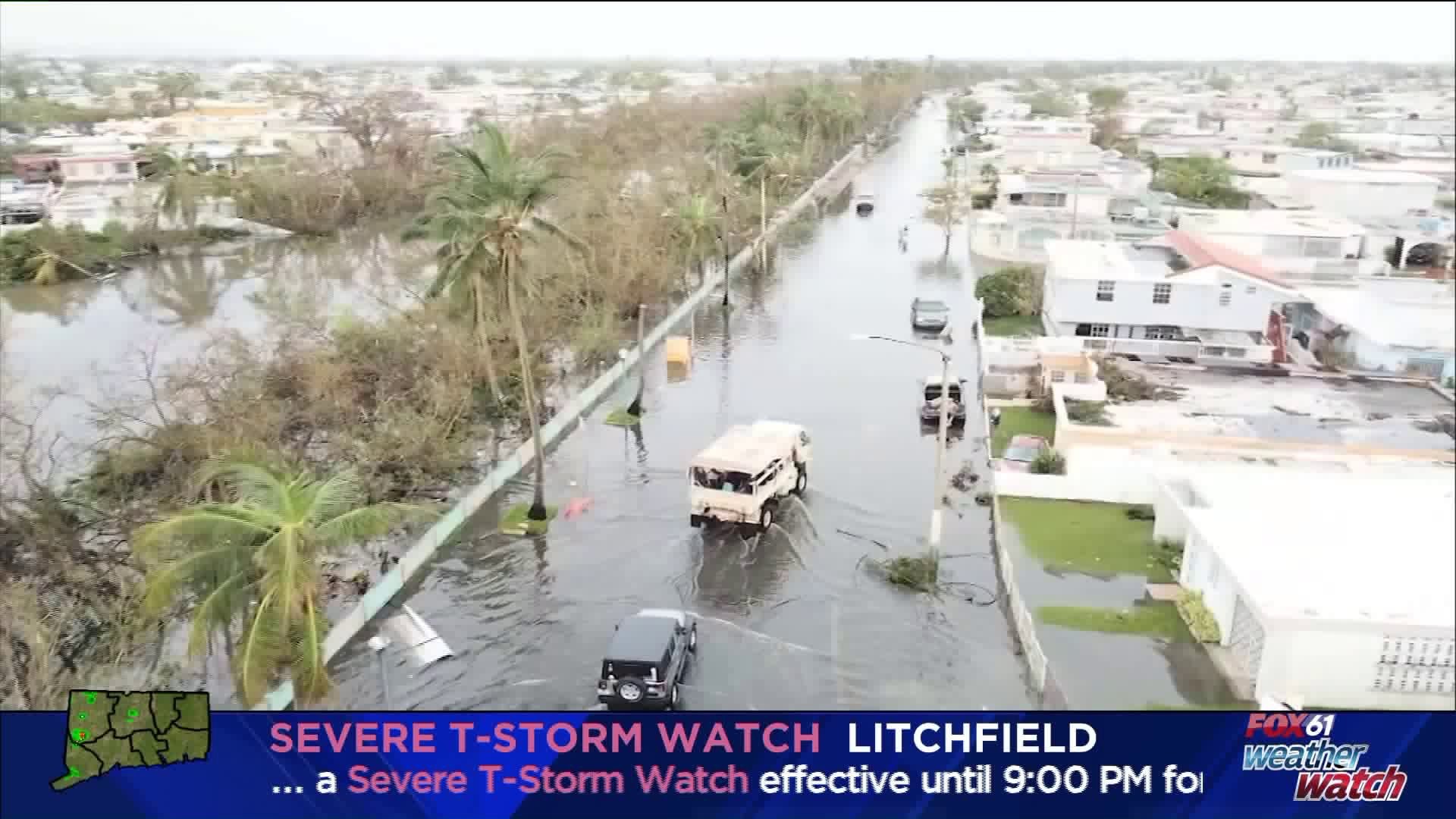 More than 13,000 people came from Puerto Rico to Connecticut following Hurricane Maria, most of those people have since returned home to the island. But as we heard from lawmakers Tuesday, there's a lot that could be improved if disaster was to strike again.

Imagine waking up to no roof, no water and no food. It's a grim reality thousands of people in Puerto Rico faced on September 20, 2017. To this day, nearly two years later, cleanup and restoration efforts are still underway.

Connecticut Gov. Ned Lamont along with other local lawmakers and community leaders, gathered Tuesday to take a look back at the state's response effort to Hurricane Maria. .

They said the hardest part of welcoming thousands of evacuees was finding housing for them. It was a struggle for Ashlyn Gonzalez Cabrera and her family at first. Through the help of community organizations, after spending months in a hotel they were able to find a home in Portland.

Now she wants to start a conversation about how we could all be better prepared for an emergency like this.

"It's very hard now but she said people can not stay quiet, it's time to talk. If we don't talk things are getting worse," said Gonzalez Cabrera.

Back home in Puerto Rico many are still struggling nearly two years after the hurricane. Governor Ned Lamont said there's still more work to be done.

"I am on the council of governors appointed by President Trump. One of the things that we do is oversee responses to natural disasters like what Hurricane Maria was. We make sure that FEMA still steps up, make sure they remember it was two years ago but the disaster is not over. There's still folks looking for a place to live. We still have folks down there looking for water. We've got more work to do and that's one of the things I remind," said Lamont.

Lamont said that of the families who evacuated to Connecticut, about 400 of them have decided to stay here and he said the state welcomes them.