WINDSOR — Two months after tens of thousands of gallons of toxic firefighting foam spilled into the Farmington River, investigators are still trying to de... 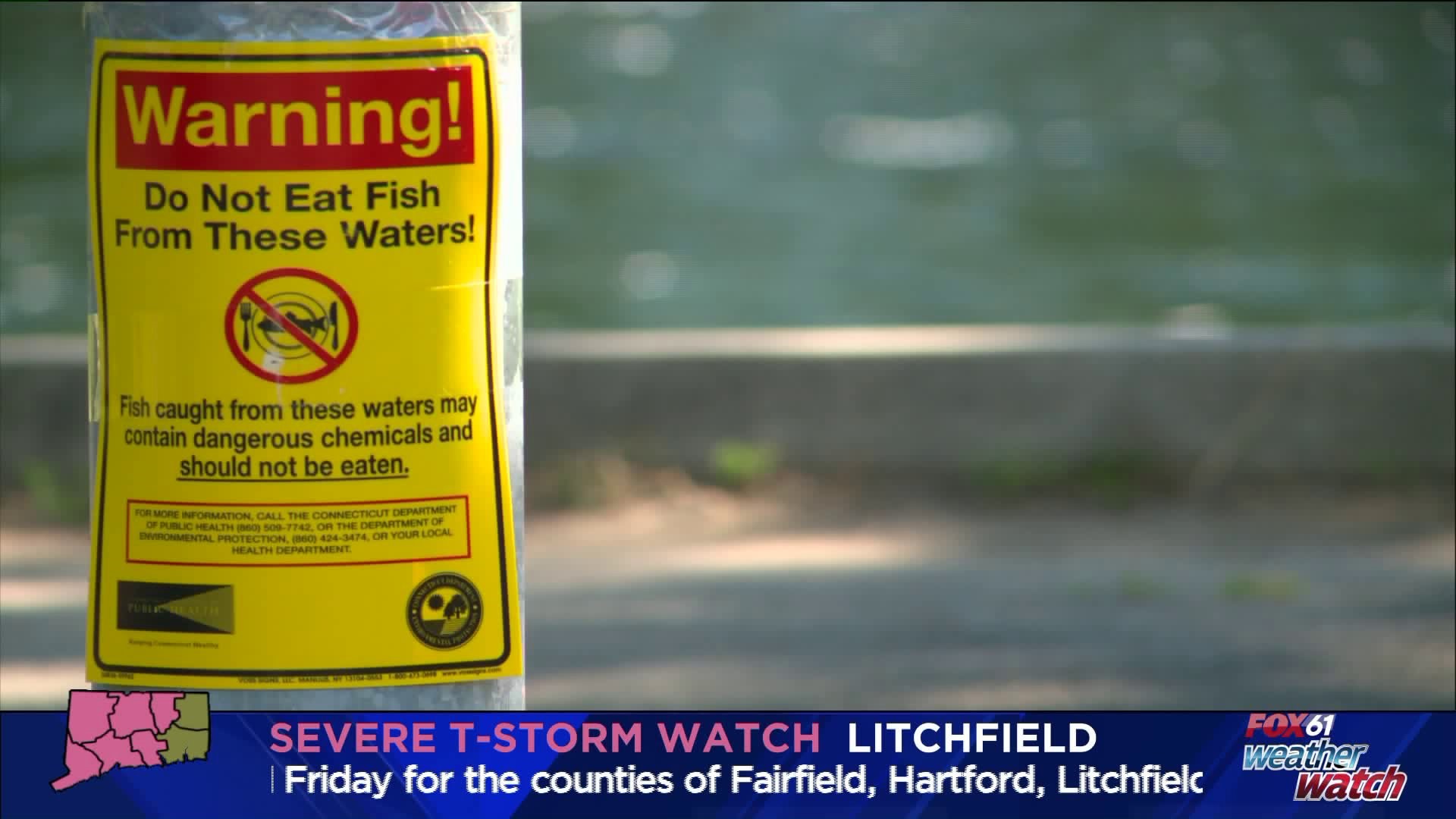 WINDSOR -- Two months after tens of thousands of gallons of toxic firefighting foam spilled into the Farmington River, investigators are still trying to determine the damage it may have caused.

Now, there’s a push to ban one of the chemicals in that foam.

“Hopefully through the work of the AG lobbying and working with our federal legislators, let’s just get this banned,” says Windsor Mayor Don Trinks.

State leaders are investigating the consequences after 50 thousand gallons of firefighting foam containing PFAS ended up in the Farmington River. PFAS is a Teflon-like chemical known as a “forever chemical.”

It never goes away. So far, yellow signs warn fishermen not to eat their catch and lawmakers are fighting to ban the substance in firefighting foam.

“We’re still trying to understand the science around how PFAS affects human life and animal and plant life and our ecology and our environment,” says Attorney General William Tong. “A lot of that science is still developing.”

While there’s no direct link to health problems in people, a large study in West Virginia shows an association between ingesting PFAS and a number of medical issues.

Low birth weight, slower growth, learning disabilities, decreased immune function and possibility of kidney and testicular cancer are some of the side effects.

The first-round results of a CT Department of Public Health study on the fish in the Farmington River aren’t out, yet. The agency is conducting two samplings.

“We want to be cautious,” says Brian Toal, the interim Chief of Environmental Health at the state Department of Public Health. “We’re not sure it’s in the fish; but if it’s in the fish, it could take quite a while to get into the fish.”

The results of that second test won’t likely be available until the end of September. Attorney General Tong says he expects his report to be done by October. He says once he has a fuller and better understanding of how the PFAS impacts our waterways, he’ll decide what to do next.