HARTFORD — The State of Connecticut is offering $50,000 for information leading to an arrest and conviction in the homicide case of Ricardo Rivera. Rivera... 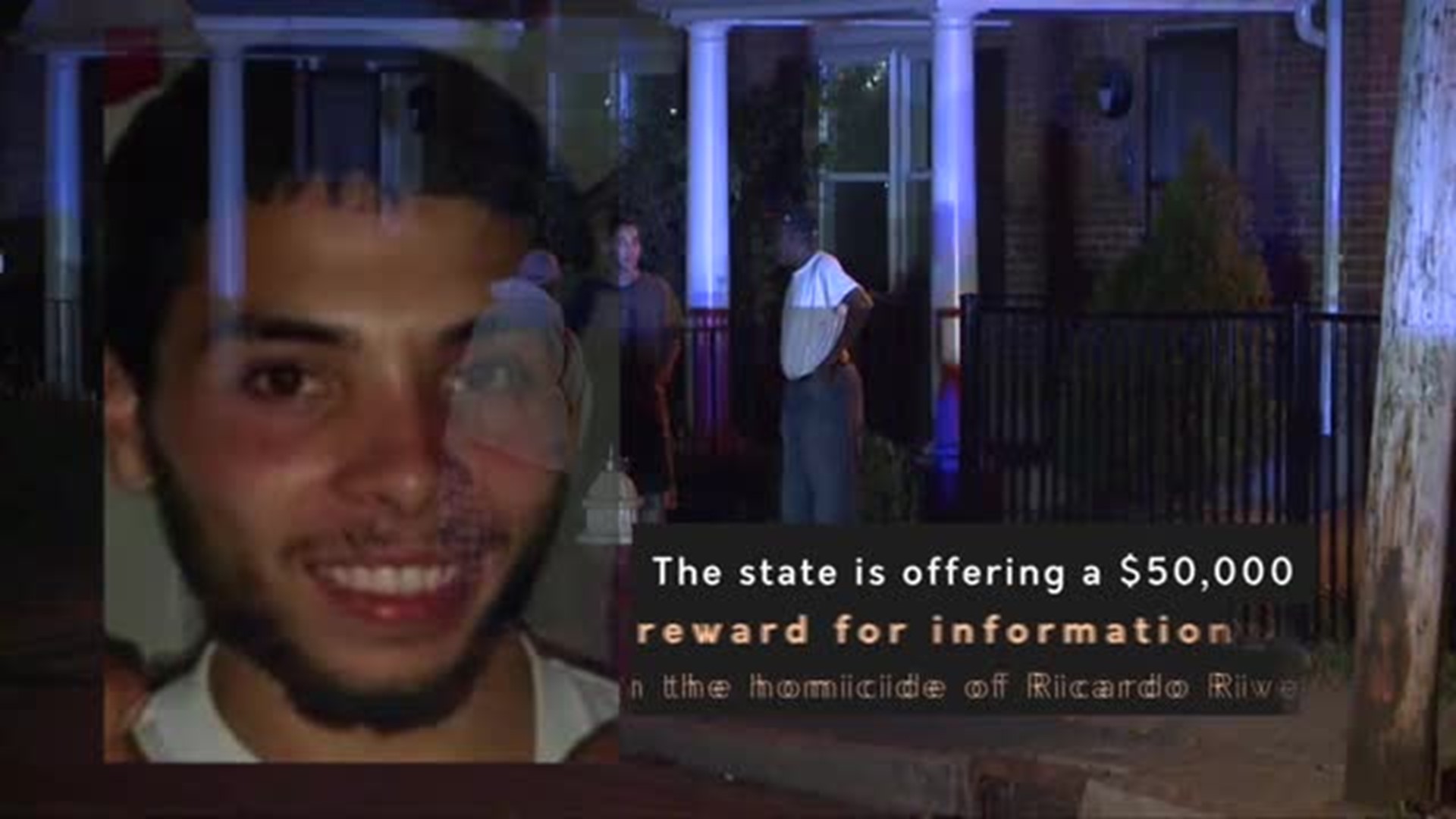 HARTFORD -- The State of Connecticut is offering $50,000 for information leading to an arrest and conviction in the homicide case of Ricardo Rivera. Rivera was fatally shot in Hartford on October 21st, 2015.

Police say on that evening, around 10:16 p.m., Hartford Police arrived at 7 Cherry Street on a report of shots fired.

Officers found Mr. Rivera, 19, suffering from a gunshot wound to the head. Rivera was rushed to an area hospital where died the next day. Officials say minimal evidence was recovered at the scene and over two years later, no witnesses have come forward.

"I miss my son to death.  My pain never goes away. It's not right that the people that were there with him don't want to say anything or speak up," said Maria Rodriguez, Ricardo's mother.

Her message to the killer: "you took my son away from me. I hope that you get what you deserve."

Lt. Paul Cicero of Hartford police said, " we just need that one phone call. We just need that tiny bit of information, that one little bit of information that will put the investigation over the crest. A nickname, a street name - somebody out there knows something. We know that. It's very frustrating, particularly for the homicide detectives that are working day in and day out."

As investigators continue to find the suspect, Rodriguez continue to reminisce of her son.

"He used to call me every night, say goodnight mom, goodnight mama, I love you with all my heart."

Investigators are hoping that the reward may lead to a successful arrest. Anyone with information about the homicide of Ricardo Rivera is asked to contact Hartford Police.