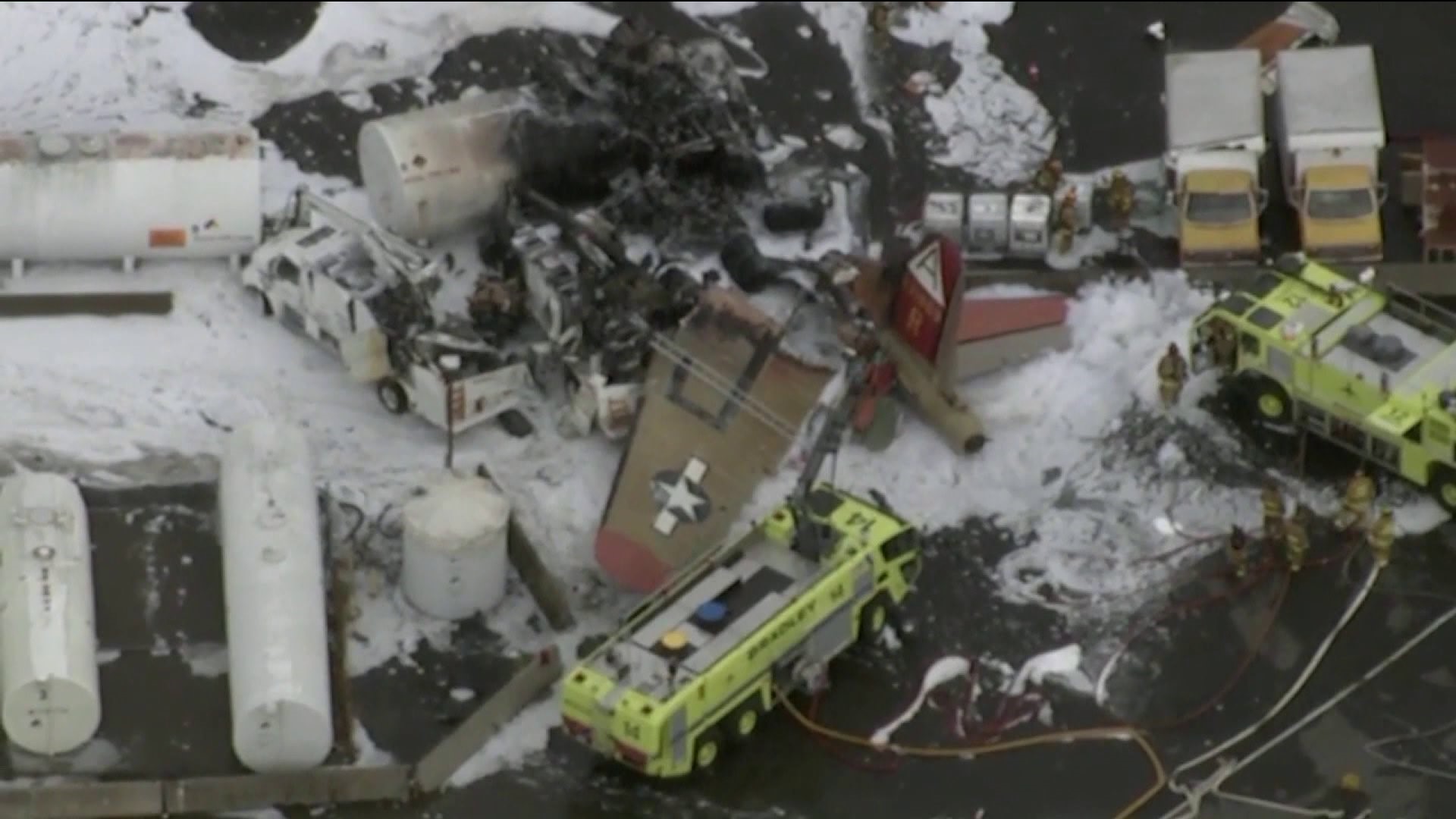 WINDSOR LOCKS - Connecticut State Police and the NTSB held their separate news conferences Wednesday afternoon where the victims were identified.

Commissioner James Rovella read the names of those injured and killed. Among the victims was a former Vernon police Captain, Gary Mazzone, someone the commissioner knew well.

Rob Riddell, 59, of East Granby was a business analyst at The Hartford.

Ernest McCauley, 75 of Long Beach, California was known by many as Mac.

Others were able to escape.

Thanks to Simsbury firefighter and National Guards,an James Traficante, a command chief with the 103rd Airlift Wing. He brought his flame retardant military gloves with him during the fight which allowed him to open a hatch on the aircraft to give the surviving passengers the chance to escape the burning wreckage.

New video released Thursday from the NTSB showed what is left of the plane. The agency has requested inspection and maintenance records of the propellers, the air frame and all four engines.

"The last major inspection was conducted January 2019. That inspection is called a Continuous Air Worthiness Inspection. From there, there are requirements to have progressive inspections - think of it a lot like a car where you would have service at 10 thousand, 20 thousand, 30 thousand miles," said Jennifer Homendy, an NTSB board member.

The pilot had made contact with Air Traffic Control just minutes after takeoff and stated something was wrong with the engine. Once the plane crashed, the NTSB said it hit the ground, slid over 30 approach lights and ended about a thousand feet from runway six.

The NTSB revealed the plane had past incidents.

The NTSB said starting Friday, investigators will be analyzing the wreckage by taking photos of pieces of the plane and jotting down written descriptions for each damaged piece.