WILLINGTON — State police arrested a female driver after they said a passenger was locked purposely in the luggage compartment. Police said Sunday they re... 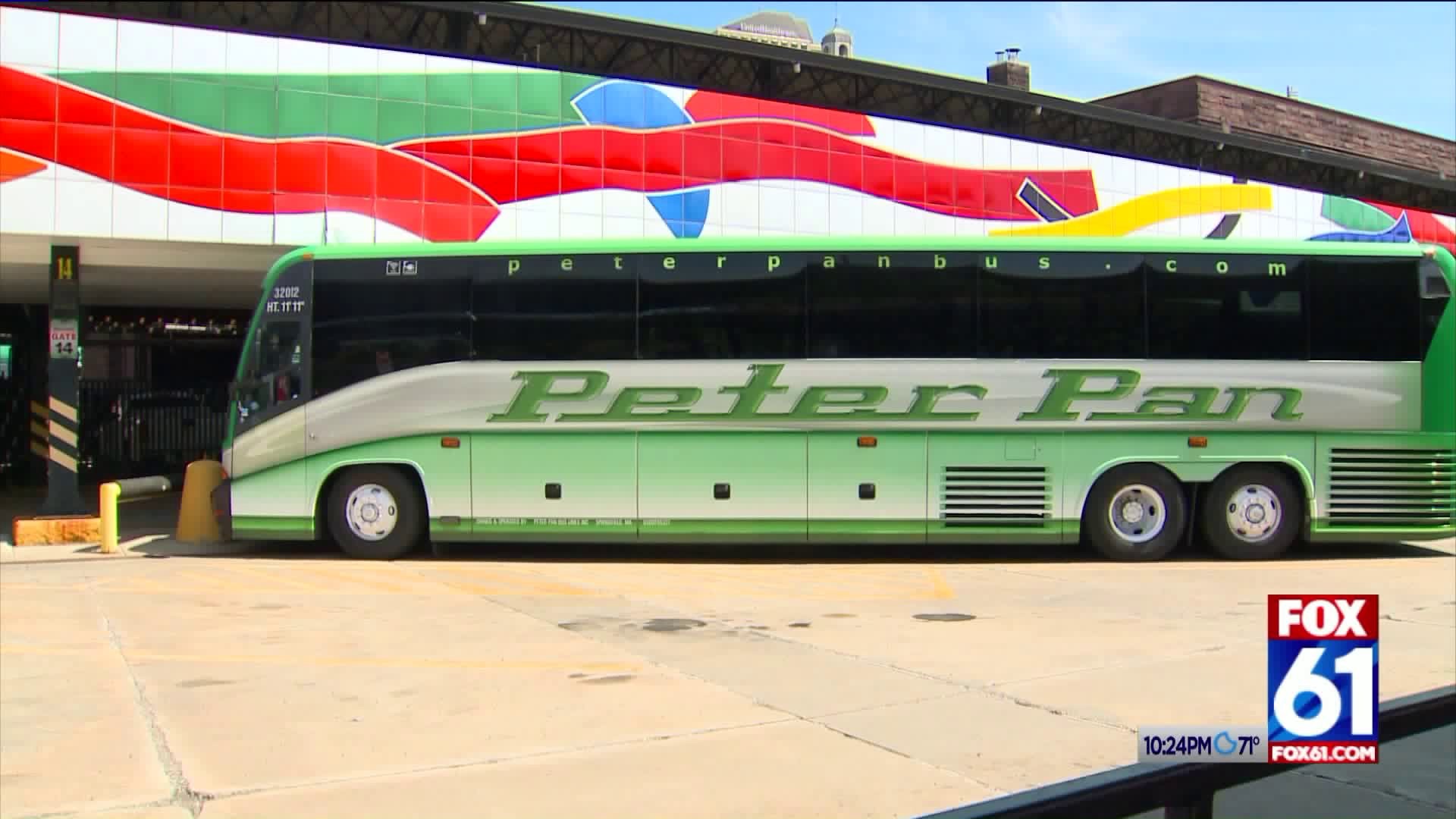 WILLINGTON -- State police arrested a female driver after they said a passenger was locked purposely in the luggage compartment.

Police said Sunday they received a call from a woman who said she was locked in the luggage compartment of a Peter Pan bus heading to Boston on I-84. Police were able to get a location on her phone and verified that she was traveling on the highway, headed east.

Troopers were able to locate the bus and pull it over at Exit 70. The trooper talked to the male driver of the bus. When he opened the luggage compartment, the woman who called police climbed out.

She declined medical attention and told police that she had been purposely locked inside by a female bus driver, while the woman was attempting to retrieve something from her bag.

A passenger on the bus, Caroline Van Allen, of Boston, said she saw the woman who had been locked in the compartment in the line for the bus in New York. She said she got on in New York City and was riding to Boston. The bus made a brief stop in Hartford and the next thing she knew, they were being pulled over on I-84 east of Hartford.

Van Allen said that a couple of unmarked Connecticut State Police cruisers came up and pulled the Peter Pan bus over. The troopers opened the luggage compartment and the first thing she saw was a large backpack with half the items out – pushed out. Then a young woman – in her mid-20’s came out of the bus. She was escorted to one of the cruisers and remained there.

The troopers spoke to the driver outside the bus and after about 75 minutes, she left with police – not in handcuffs – and another Peter Pan driver – also on the bus resumed the journey. They arrived in Boston a couple of hours late. No one from Peter Pan told anyone on the bus what was happening.

The female driver, Wendy Alberty, 50, was located on the bus and charged with breach of peace, reckless endangerment,  and unlawful restraint. She is being held on $2,000 bond and is scheduled to appear in court on August 21.

Peter Pan said in a statement:

In regards to the incident that took place on August 4, 2019 we are deeply concerned and treating this as our #1 priority.

This Operator has been with Peter Pan Bus Lines since 2012 and she has been an exemplary employee for the company. Over her tenure she has received many customer commendations on her safe driving and customer service.

In our companies 86 year history we have never had an incident such as this, the safety of our passengers and employees is always our number one priority.