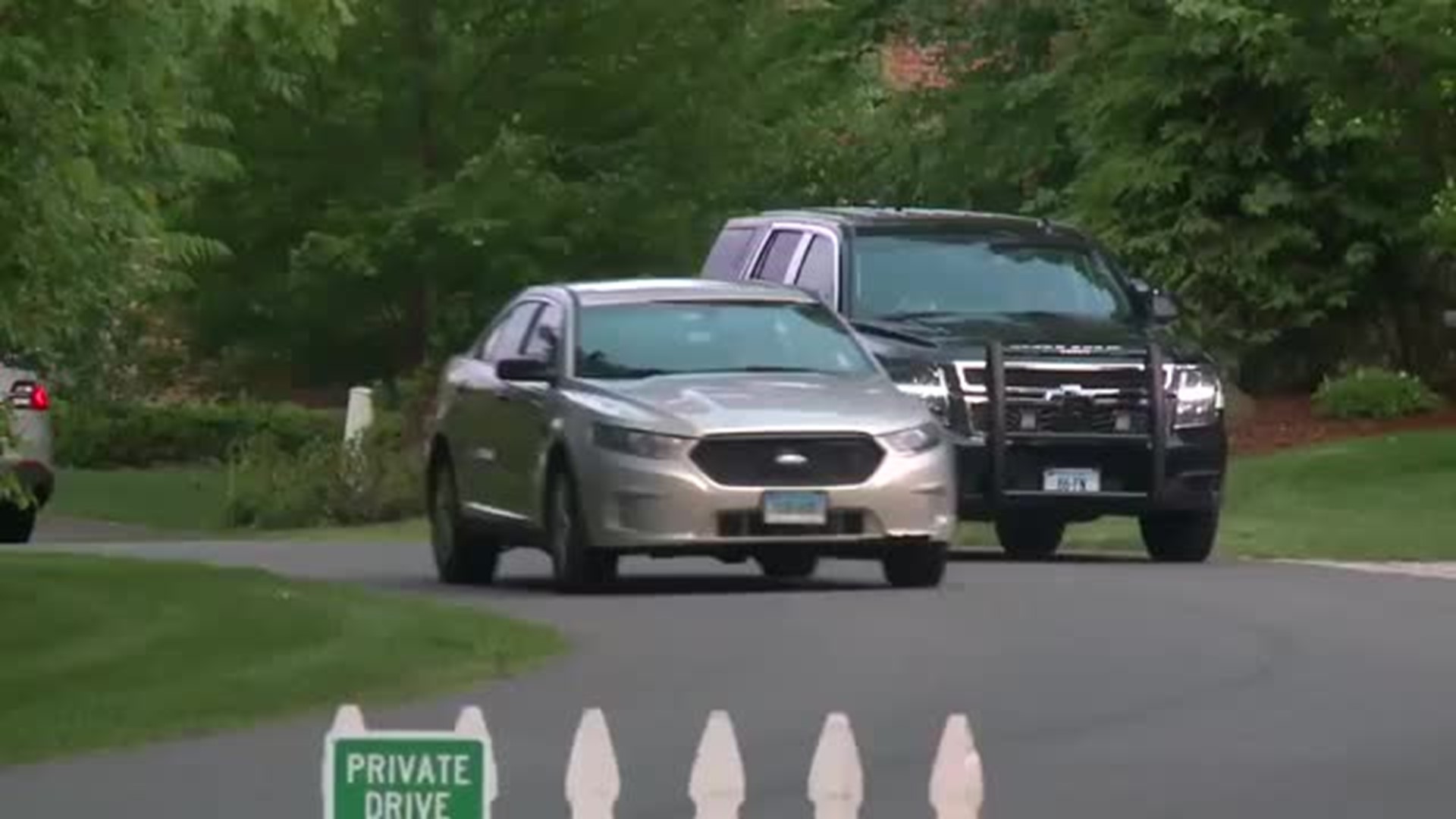 While State Police and Hartford Firefighters were searching for evidence in connection to the disappearance of Jennifer Dulos, police were outside her estranged husband’s home.

A new “no trespassing” sign, affixed to a small fence, sat at the end of the road.

FOX61 was the only station there as State Police waited in the neighborhood for hours. Troopers wouldn’t comment on why they were there.

Eventually two vehicles, driven by what appeared to be civilians, showed up at Jefferson Crossing.

Many of the vehicles eventually all left at the same time. In the middle of the motorcade Fotis Dulos was seen driving a black SUV. A woman in the passenger seat was seen hiding her her face from FOX61’s camera.

Police clarified Saturday that no arrests have been made in this case and that the search for Jennifer has stretched throughout the state of Connecticut.

A Farmington Police dispatcher said they weren’t involved in the activity on Jefferson Crossing, although one Farmington PD cruiser was on scene at one point.

When FOX61 went to Dulos’ home for comment on Wednesday, he didn’t answer the door, but did call police.

Jennifer Dulos was reported missing on May 24. The search for her has gained national attention, with much of the coverage focused on her two-year custody battle with her estranged husband Fotis Dulos.

Police have not named any suspects in Jennifer’s disappearance. While it is still a missing persons case, police said Wednesday that a concurrent criminal investigation is underway to see if Jennifer is the victim of foul play.

A source told FOX61 that police found blood inside Jennifer’s New Canaan home. The source also said it looked like someone tried to clean the blood. It is unclear where in the home the blood was found, or who the blood is from.