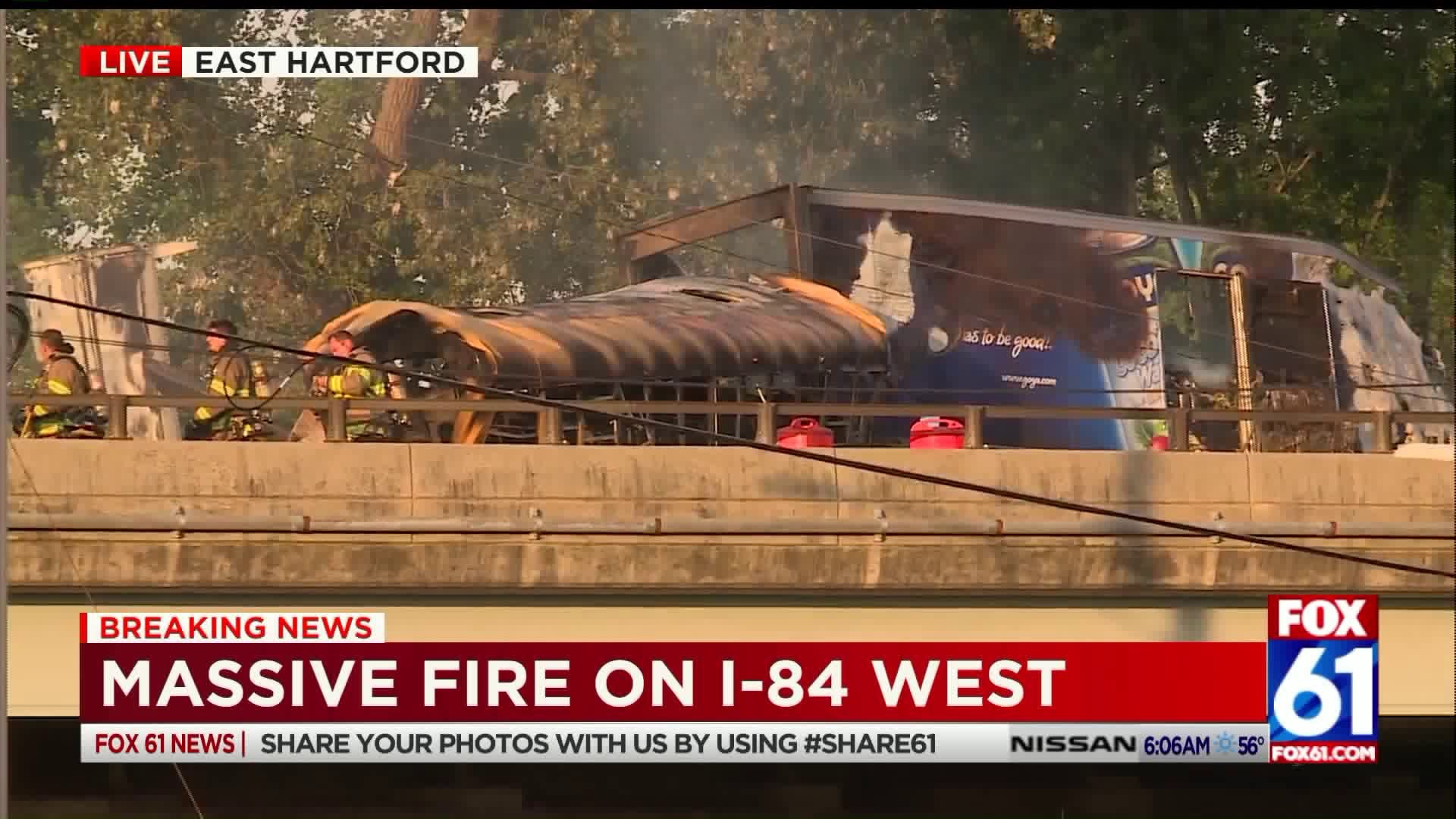 Police said two tractor-trailers and a school bus were stopped on I-84 west in East Hartford in the center lane. According to police, another tractor-trailer driven by 52-year-old Norman Bliss, of Etters, Pennsylvania, was driving on I-84 west, about to collide with the back of the school bus. The bus was driven by 67-year-old Verlean Douglas, of South Windsor.

Police said that Bliss tried to take evasive actions, and tried to brake and steer to the left, partially entering the left lane of the highway.

Bliss was unable to stop in time.

The front of Bliss' truck collided into the back of the bus, which pushed the bus into the tractor-trailer in front of them, causing a chain reaction.

Bliss's truck jack-knifed and then caught fire. The fire then spread to the bus and the other two tractor trailers.

Bliss and Douglas were both killed in the crash.

The other occupants of the trucks were uninjured, according to police.

State police said the cause of the collision is still under investigation.