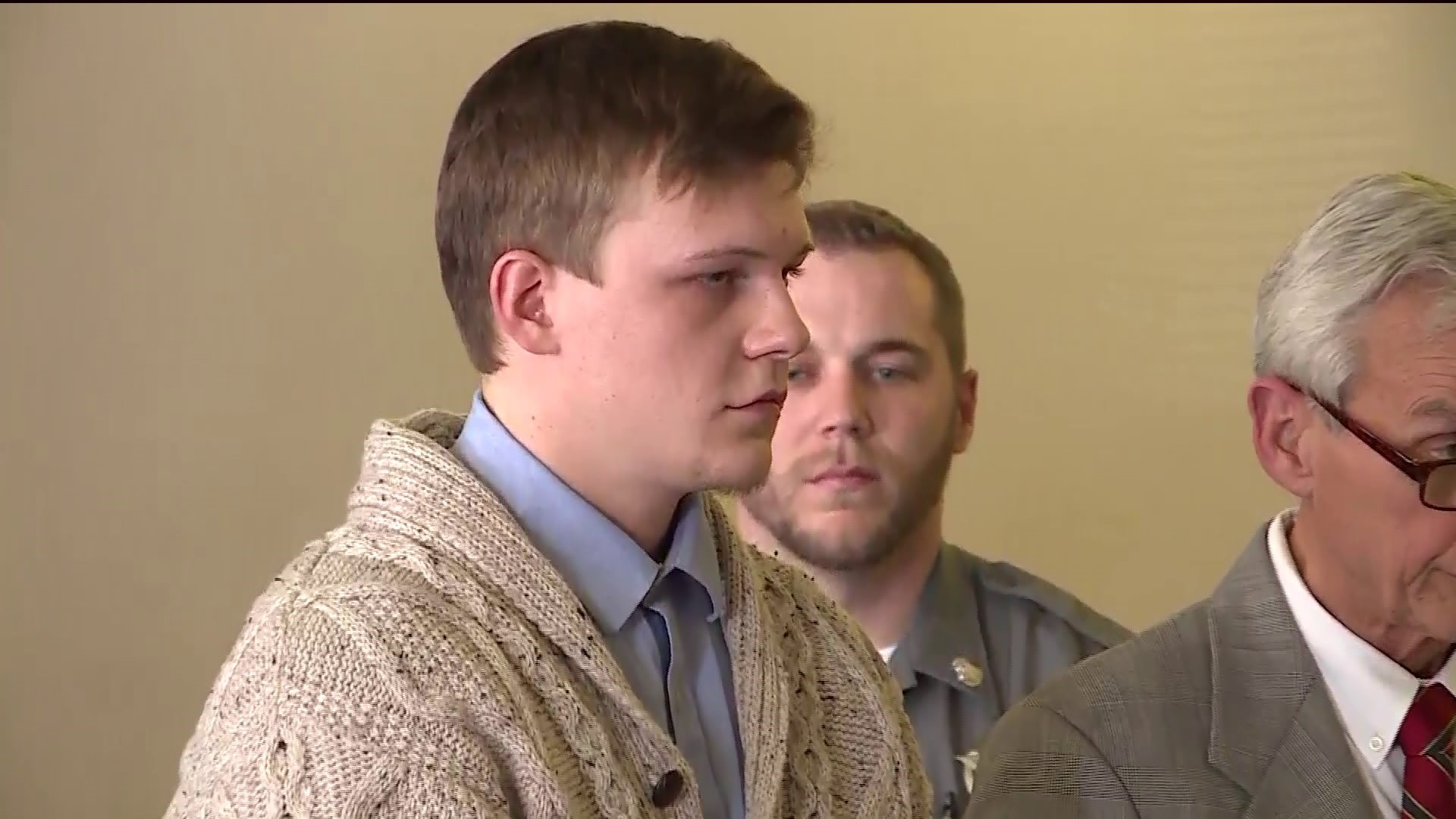 MONTVILLE -- Connecticut State Police said a former substitute teacher at Montville High School was arrested Thursday after being accused of overseeing what State Police are calling "fight clubs" in the classroom.

“I didn’t know what it’s happening at the time,” said Ryan Fish. “I didn’t know…I didn’t have a training to see what was going on.”

Instead of supervising students studying, they accuse the 23-year-old former substitute teacher of encouraging students in his class to fight while other students looked on.

“He’s not a certified teacher,” said Montville Resident State Trooper Sargent Mark Juhola. “And it bothers me that so many teachers work so hard to get where they are and to help 70 students that this wasn’t a teacher but he was in that role.”

Montville police began investigating after an injured student told a social worker he’d been beaten and robbed at school.

Police said cellphone video shows Fish encouraging moving items out of the way so the students could continue fighting and standing around as the violence ensued.

Fish denies facilitating the fights or knowing they were going to happen before they started.

After being confronted about the fighting on October 10th, 2017, police said Fish told the principal, quote, “boys will be boys.”

But Sgt. Juhola said school officials never contacted police and only acknowledged the incident during the police investigation.

“Anytime a student is put in any type of, any type of injurious situation they need to contact the police department,” Juhola said.

Looking back, Fish admits he was wrong.

“I am so sorry...To be perfectly honest I was just trying to reach the kids. I thought these kids were just being rambunctious I just thought they needed and out.

Students also told police Fish allowed them to draw lewd photos of him engaged in sex acts, encouraged them to connect with them on social media and admitted to them that he did drugs.

Fish was released on a promise to appear and is due back in court on May 8th.

Fox 61 News has reached out to the Superintendent’s office but has not heard back.