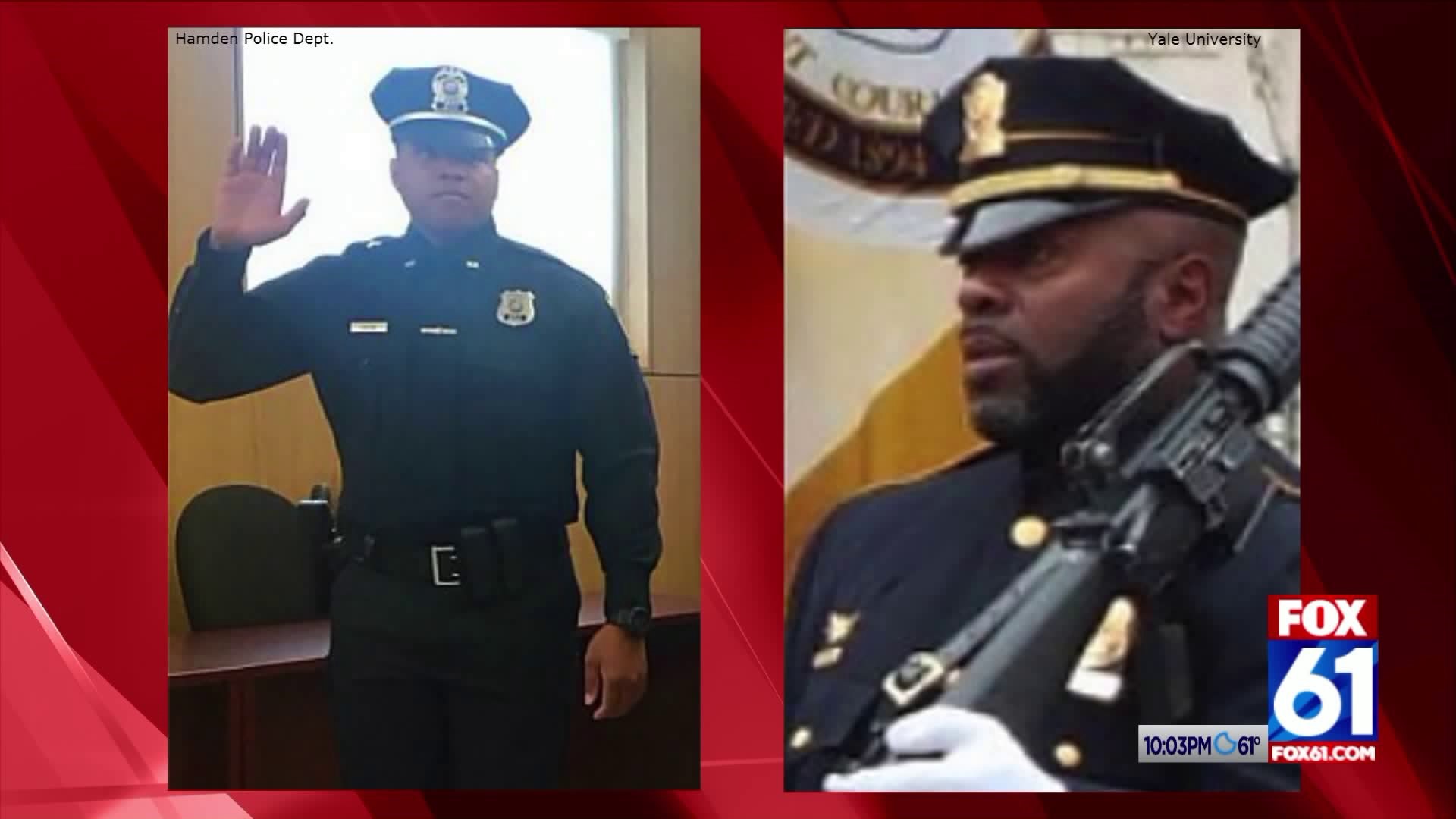 MIDDLETOWN -- Connecticut State Police released recordings of the events during  the officer-involved shooting in New Haven that occurred last week.

Officials released video from the officers. Commissioner James C. Rovella said that in interest of transparency, he wanted to release the video and 911 calls.

Rovello released the initial 911 calls, police communications, video from a storefront on Dixwell Ave. and body camera footage from the Hamden officer.

Rovello said neither the cruiser or body camera from the Yale officer was operational at the time. The Hamden officer's camera did not record the entire incident.

Officials said around 4:20 a.m., Tuesday,  Hamden police were investigating a report of a possible armed robbery at a gas station. While investigating, police found a car suspected to be involved on Argyle Street and Dixwell Avenue over the town line in New Haven. Paul Witherspoon III, 21, and his girlfriend, Stephanie Washington, 22,  were in the car.

Hamden Officer Devin Eaton and Yale University Officer Terrance Pollock, confronted the suspects of the car. Shots were then fired by police. Washington was shot and suffered non-life threatening injuries. Witherspoon was not injured. Eaton has been placed on administrative leave. Pollock, a 16 year veteran, sustained an injury during the shooting. He was treated and released at a local hospital after a source says he was shot in one of his legs. Pollock has been placed on leave pending the outcome of the investigation.