HARTFORD —  “I left home happy, but I returned home in a daze with a feeling of being in sadness, and a sense of loss,” said Parisian, Stéphan... 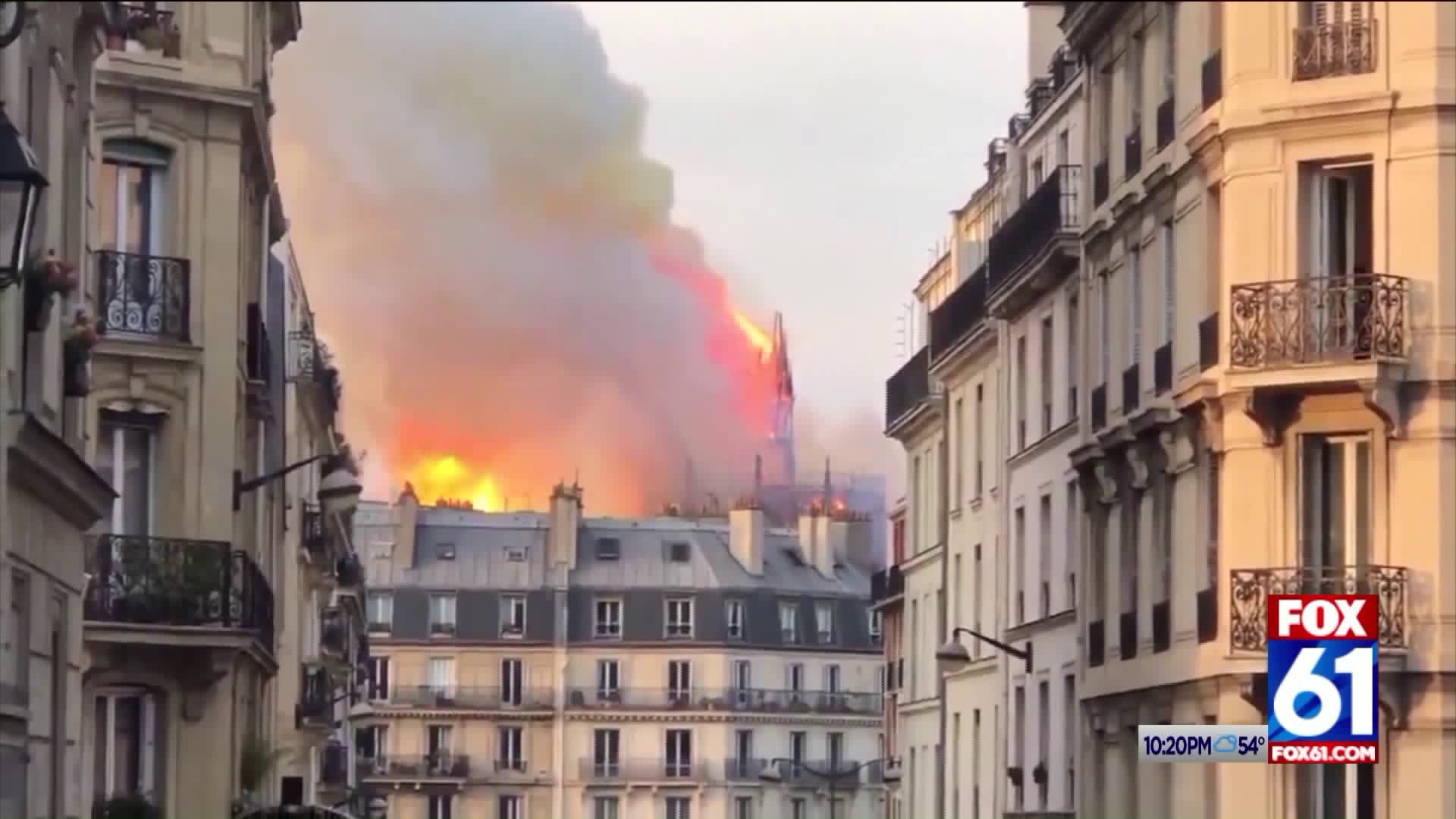 HARTFORD --  "I left home happy, but I returned home in a daze with a feeling of being in sadness, and a sense of loss," said Parisian, Stéphane Muscat.

Muscat had just completed the Paris Marathon on Sunday and thought he was going for a recovery run on Monday night.

"What I saw last night will be forever etched in my memory," said Muscat.

What he saw was Notre-Dame, the historic French cathedral he had just run by on his 26.2 mile feat across the city, engulfed in flames.

"The entire spire, the tallest part of the monument was orange," said Muscat. "Completely engulfed."

The feeling of completing the marathon was a dream for this avid runner, which quickly turned to a nightmare.

"It was just a contrast with the joy I felt running past Notre-Dame on Sunday in the Paris marathon," said Muscat. "It is not something that I’m going to forget in a hurry. I told myself, this is a nightmare, this is a movie."

Chris Michael, a native of Orange, was on vacation in Paris when the fire broke out. He and his friend arrived in Paris on Sunday as the marathon was underway.

"Seeing everyone on the street just cheering on total strangers, hearing allez every three seconds, high fives for all the marathoners," said Michael. "It was pretty awesome."

Once the race wrapped up, he and his friend made their way to the cathedral to take in the beautiful landmark.

"The line that was at Notre-Dame was just crazy, it was wrapped all the way outside," said Michael. "I’m assuming because it was Palm Sunday... so we sat there, and we were just thinking will come back and view it sometime this week."

Fast forward to Monday afternoon, and Chris' plans to return to the cathedral had forever changed.

"We walk over to one of the bridges, and you can see it burning," said Michael.  "I was there for probably about an hour, just standing there watching, and I see people crying over the bridge."

A city lit up with excitement not even 24 hours prior was now aglow from the fire burning this storied piece of history.

"It’s definitely an experience that I’ll never forget, and I mean just being a tourist here I’m stirred by it," said Michael. "I can only imagine if I was a local who sees that every day on the way to work."

Locals like Muscat, who meets with a running club every Tuesday night in front of Notre-Dame. But on this Tuesday, and those of the foreseeable future, that tradition has come to an end.

"The symbol of Paris, Notre-Dame of Paris, up to its name," said Muscat.

But Monday night this tragic event proved that the cathedral was more than just the lady of Paris, as millions watched across the globe, it was The Lady of the ward.