State troubadour overcomes the odds in a musical miracle 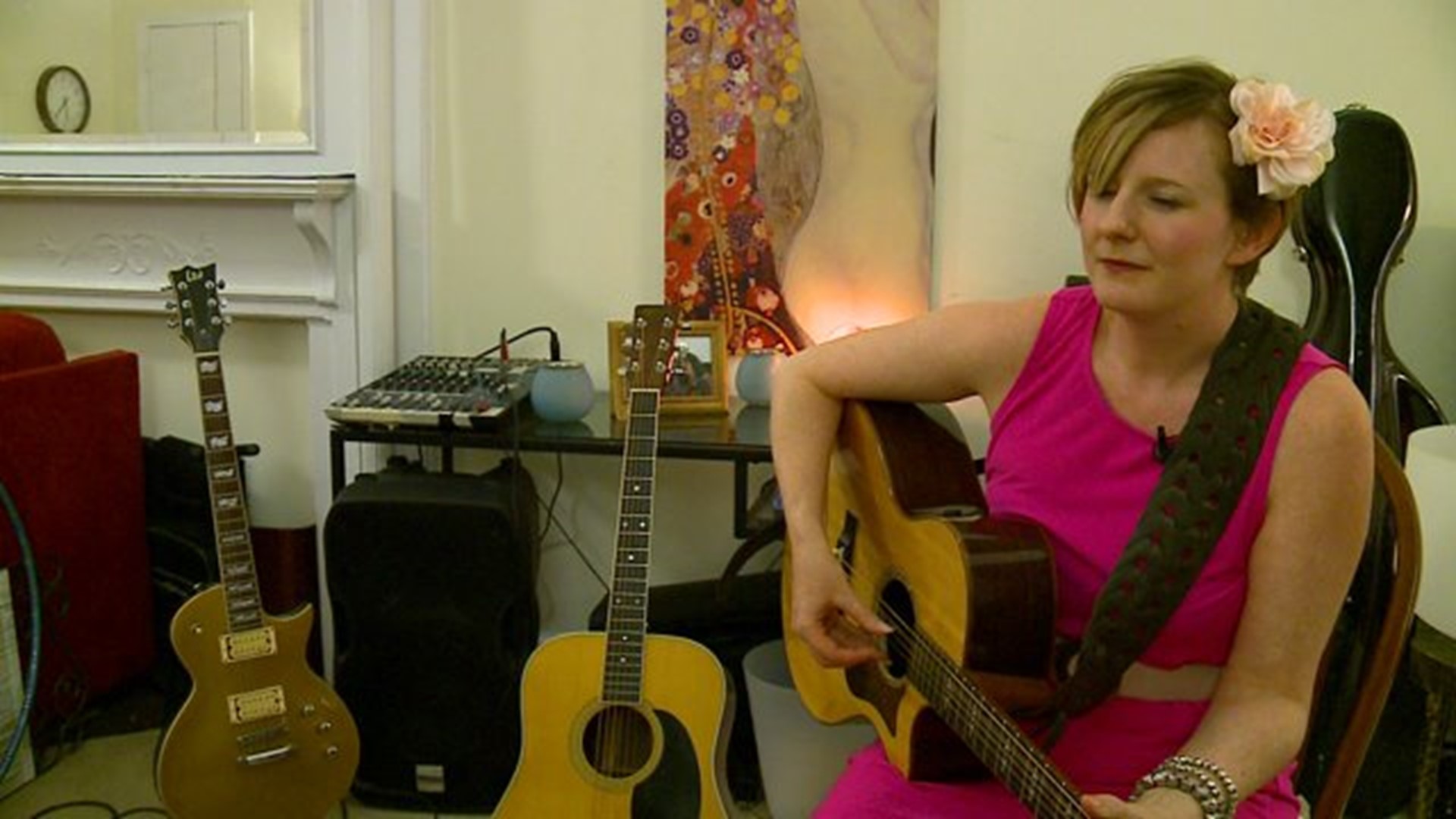 Kate Callahan is the state's 16th official troubadour, an appointed singer-songwriter who serves as an ambassador for the arts.

Her signature song is called "Connecticut Roads," which is about a life's journey through the state. An appropriate tune given the journey Kate had to go on to reach this point.

She comes from a musical family and originally thought she was going to be a choir director until a skiing accident at age 19 that changed her life. Because of her injuries, she had impaired motor functions, vision, hearing and her cognitive functions were severely inhibited.

The rehabilitation process was grueling, at times, seemingly hopeless.

"It was horrible and I think the scariest part was the loss of the sense of myself, the loss of a personality," she recalled. "I didn't really understand who I was and that made recovering difficult because I didn't know what I was trying to recover."

But thanks to a guitar instructor who believed in her and the fortitude to heal, she found rehab through music, particularly with her guitar.

"My sense of self began to return, lesson after lesson," said Kate.

Kate worked hard and was eventually appointed as the state troubadour in a ceremony on March 2 at the state Capitol.

She says she wants to use her position and talents to empower other women through musical therapy and the arts.

Click here to listen to the full version of "Connecticut Roads."