NEW CANAAN — The status of the custody of the five Dulos children is in limbo as their mother Jennifer Dulos remains missing, 12 days after her disappeara... 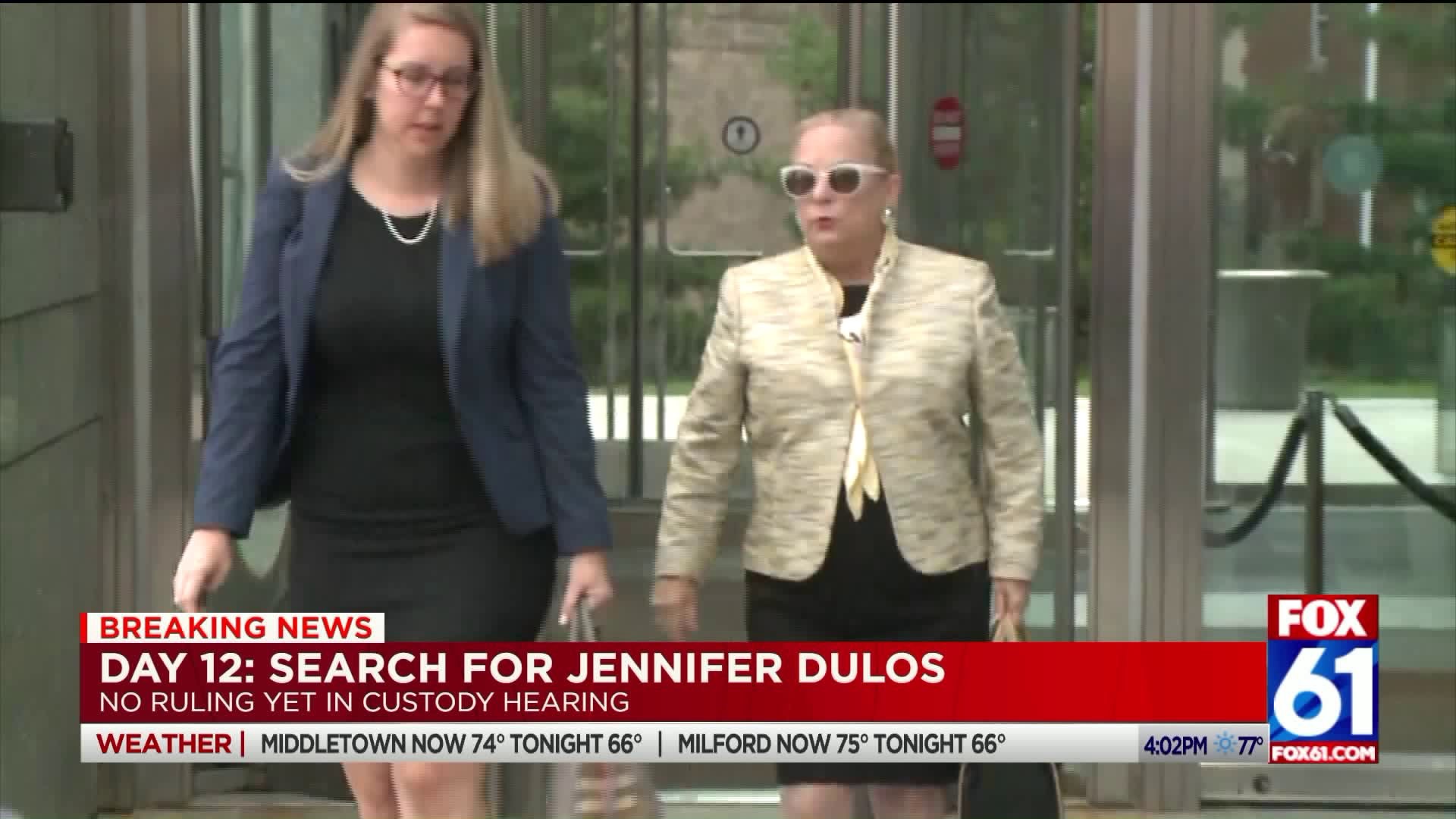 NEW CANAAN -- The status of the custody of the five Dulos children is in limbo as their mother Jennifer Dulos remains missing, 12 days after her disappearance.

Gloria did not appear, but a judge told her attorney that they will work to schedule a hearing date.

Michael Meehan, the children’s attorney, said the children are safe and have been staying with their grandmother in New York City since the day their mother disappeared.

Meanwhile, there are no new leads of the whereabouts of Jennifer.

Her estranged husband, Fotis Dulos sits behind bars, charged with tampering with or fabricating physical evidence and hindering prosecution, in connection with Jennifer’s disappearance.

He has not posted bond, but his girlfriend Michelle Troconis, who faces the same charges, is out on bond.

The New Canaan Police Department is reaching out to people in town to assist them in their investigation.

A new sign at the entrance to Waveny Park, where Jennifer’s 2017 black Chevrolet Suburban was found abandoned on Friday, May 24, greets people as they visit the park.

Police are asking anyone who may have seen Jennifer, her car or any suspicious activity that day to contact them.

Police are also asking homeowners with video surveillance systems to check their footage between Wednesday, May 22, and Saturday, May 25, to save any video that captures vehicular activity and to contact police.