HARTFORD – More than 31,000 Stop & Shop employees across New England walked off the job Thursday because of unsuccessful contract negotiations between the s... 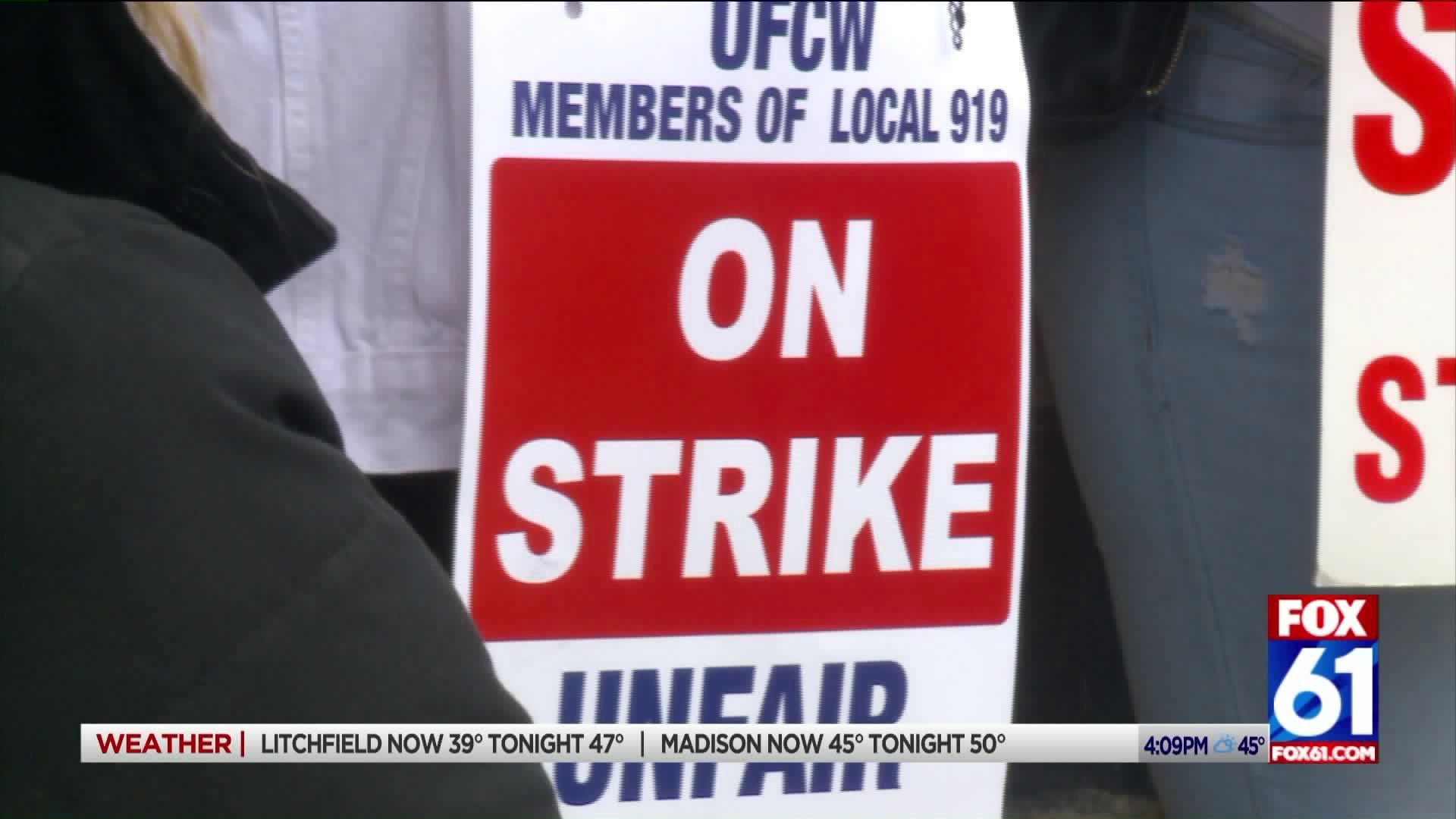 HARTFORD – More than 31,000 Stop & Shop employees across New England walked off the job Thursday because of unsuccessful contract negotiations between the supermarket chain and the union that represents employees, United Food and Commercial Workers.

In stores throughout Connecticut, Massachusetts and Rhode Island, employees stood outside Friday for its first full day of the strike. They have been working without a contract since February 23. Employees say the contract negotiations involve health care costs, pensions and overtime pay.

“Being on strike, it affects my household a lot,” said Joanna Deliz, a part-time supervisor at Stop & Shop in Hartford.

Deliz, a single parent of four children, supports her family with her part-time salary.

“Corporate doesn’t know what we do here, I guess,” said Todd Zinker, a meat cutter and Local 371 Union Steward. “They want to hurt the part-timers forever.”

Stop & Shop released a statement that reads in part:
“Given that negotiations with assistance of the federal mediators are continuing, we are disappointed that the UFCW chose to order a work stoppage in an attempt to disrupt service at our stores. Stop & Shop has contingency plans in place to minimize disruption.”

“We’re gonna get what we want,” said Shirley Williams a Stop & Shop cashier.

But all of this commotion – the strike and the police presence – did not stop some shoppers from completing their chores.

“It was nice to have sort of an empty store,” said Sandra Tombaugh of Hartford.

While the strike would not stop Tombaugh from returning to her neighborhood Stop & Shop, others only learned about what was going on when they pulled into the parking lot on Friday.

“Maybe I should shop somewhere else other than Stop & Shop,” said another customer.

Union officials have said that contract negotiations are ongoing so they do not know how long the strike could last.