NEW HAVEN— “Stop the Violence!” Those were the words that could be heard in New Haven as teen in the community made a call for action from police and officials ... 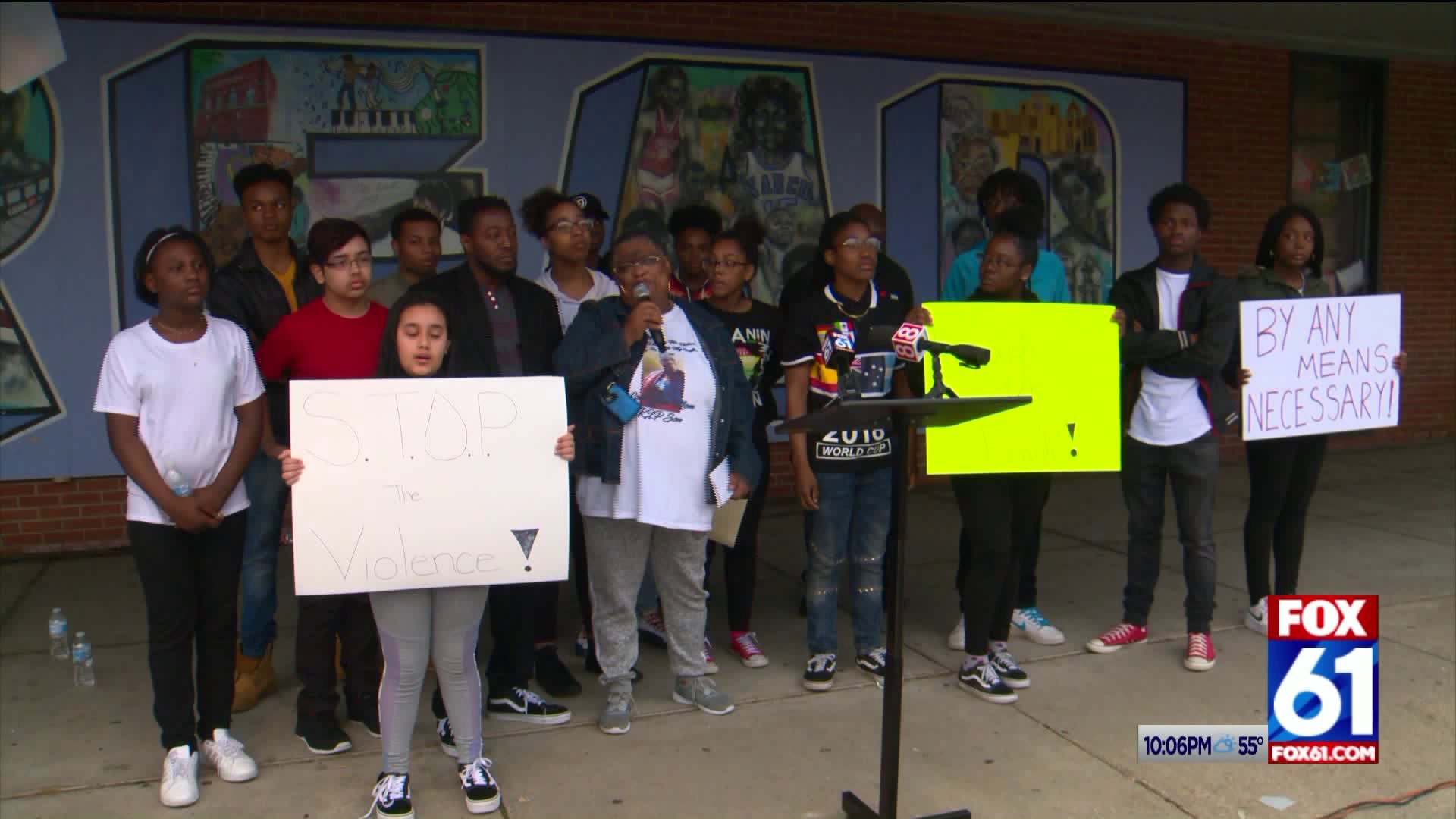 Those were the words that could be heard in New Haven as teen in the community made a call for action from police and officials after hearing of the recent shootings involving young people.

“Ice the Beef” called an emergency rally to reflect of the two families recently affected by gun violence in the city. About two weeks ago a 17-year old boy was shot and just a week later a 9-year-old boy was shot while trying to recover a stolen basketball with his parents.

Juan Patterson is a student at James Hillhouse High School and he said, “Seeing what the ages were, like they were hurt mentally it hit us a lot.”

Ronisha Moore also going to the same school reflected and said, “I didn’t know what to think. I was like frustrated. I was like angry I was sad, it was like everything was going through my head.”

Demonstrators say as young people it's time for a change in their community.

Patterson said, “I don’t get the privilege to go outside in the dark, not because of my parents, but because I want to be safe. I feel like we should have the privilege to be safe and be guaranteed that and it’s an US thing it’s on our community and we need to work on it and press this issue.”

The call the action brought one mother who was affected by gun violence when she lost her son in 2017.

14-year-Old Tyrick Keys was gunned down on Bassett Street.

A reason kids say they are fighting now to Stop the Violence.

Demonstrators say we can expect more activity in the near future.