HARTFORD — It’s a story you’ll only see on FOX61. A child safety bill passed the House of Representatives Monday. The bill’s sponsor said the idea for the legis... 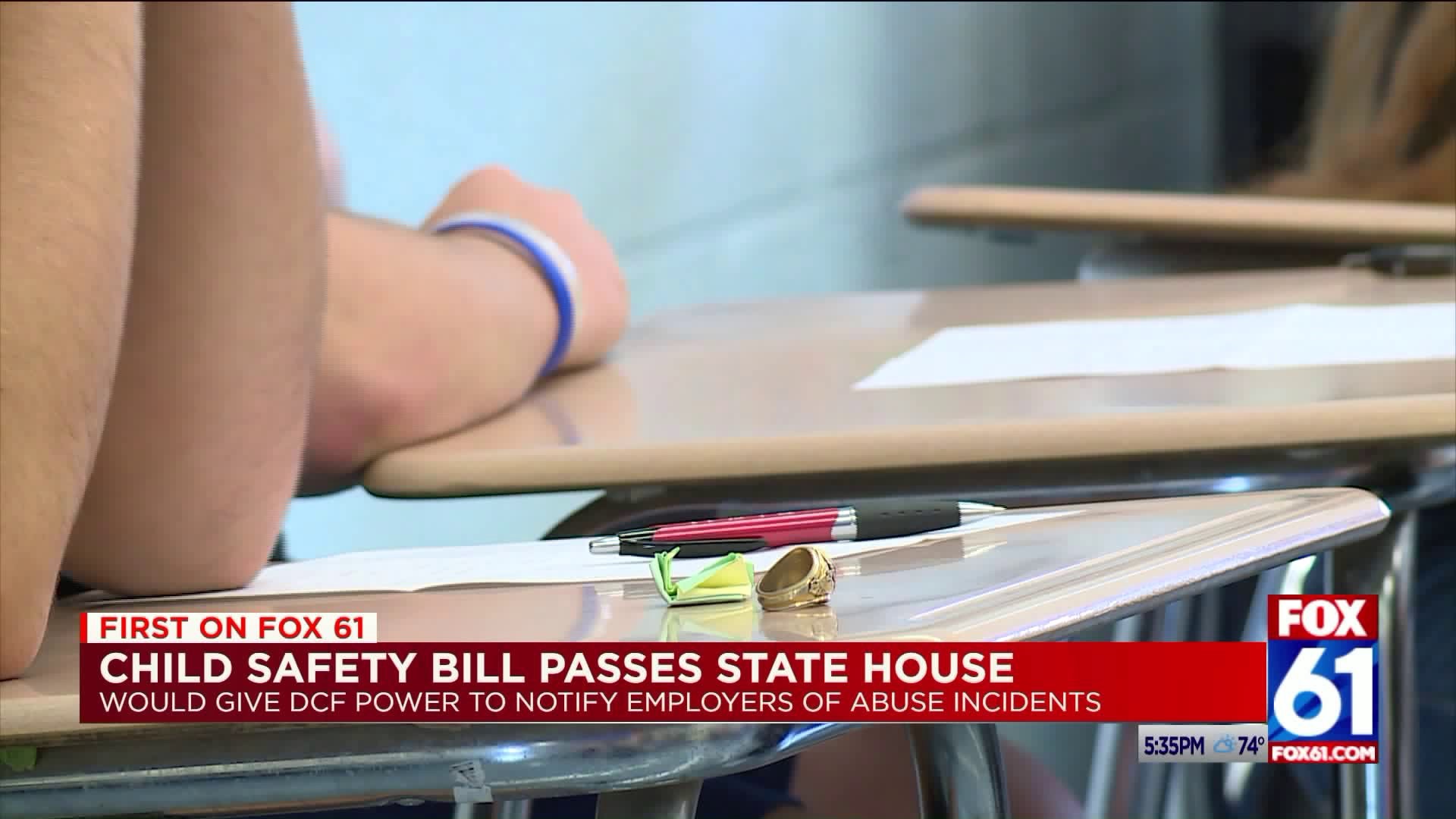 HARTFORD — It’s a story you’ll only see on FOX61. A child safety bill passed the House of Representatives Monday. The bill’s sponsor said the idea for the legislation came from a voter after watching a story aired by FOX61.

HB 7001 passed the chamber 111 to 24 Monday. The bill would give the Department of Children and Families the power to notify an employer if a person who works in regular contact with children is placed on the state’s child abuse and neglect registry.

The bill charges the DCF Comissioner with making reasonable efforts to determine if a person with a substantiated claim of abuse or neglect works with kids. If it’s determined that they do, DCF would have the option of reporting that to their employer.

The bill's sponsor, Rep. Liz Linehan has been trying to get this type of legislation passed for two years, ever since a constituent from Southington contacted her after watching FOX61.

“Actually I believe it was your station,” said Rep. Linehan. “While they were watching the news, up came a picture of their school bus driver that they had been arrested for sexually abusing a child. Not in the course of their position, but actually though the course of their personal life. And the school district and the employer weren’t made aware.”

She’s talking about Joseph Addona from Wolcott, who was a school bus driver in Southington. Right now he’s in jail. He was sentenced for sexually assaulting a girl for 8 years.

We also talked to one of the 12 Republicans who voted against this bill. He said the bill language didn’t go far enough to require DCF to contact employers. Rep. Craig Fishbein, (R) 90th District said, “It gives them discretion whether or not to call the employer. Being protective of children their really shouldn’t be that discretion. If those things are met then the legislature should mandate that that employer is informed to protect children.”

Opponents of the bill also say the language of the bill was too broad and may disproportionately jeopardize the employment of low wage workers. The bill unanimously passed the children’s committee this session and now that it has passed the house, it heads to the senate.

Rep. Linehan tried to pass a bill last legislative session that only targeted bus drivers but the Senate never voted on it.