ESSEX — The smoke remained very visible at a recycling facility Friday afternoon, days after the blaze started on Wednesday. The fire flared up against Fr... 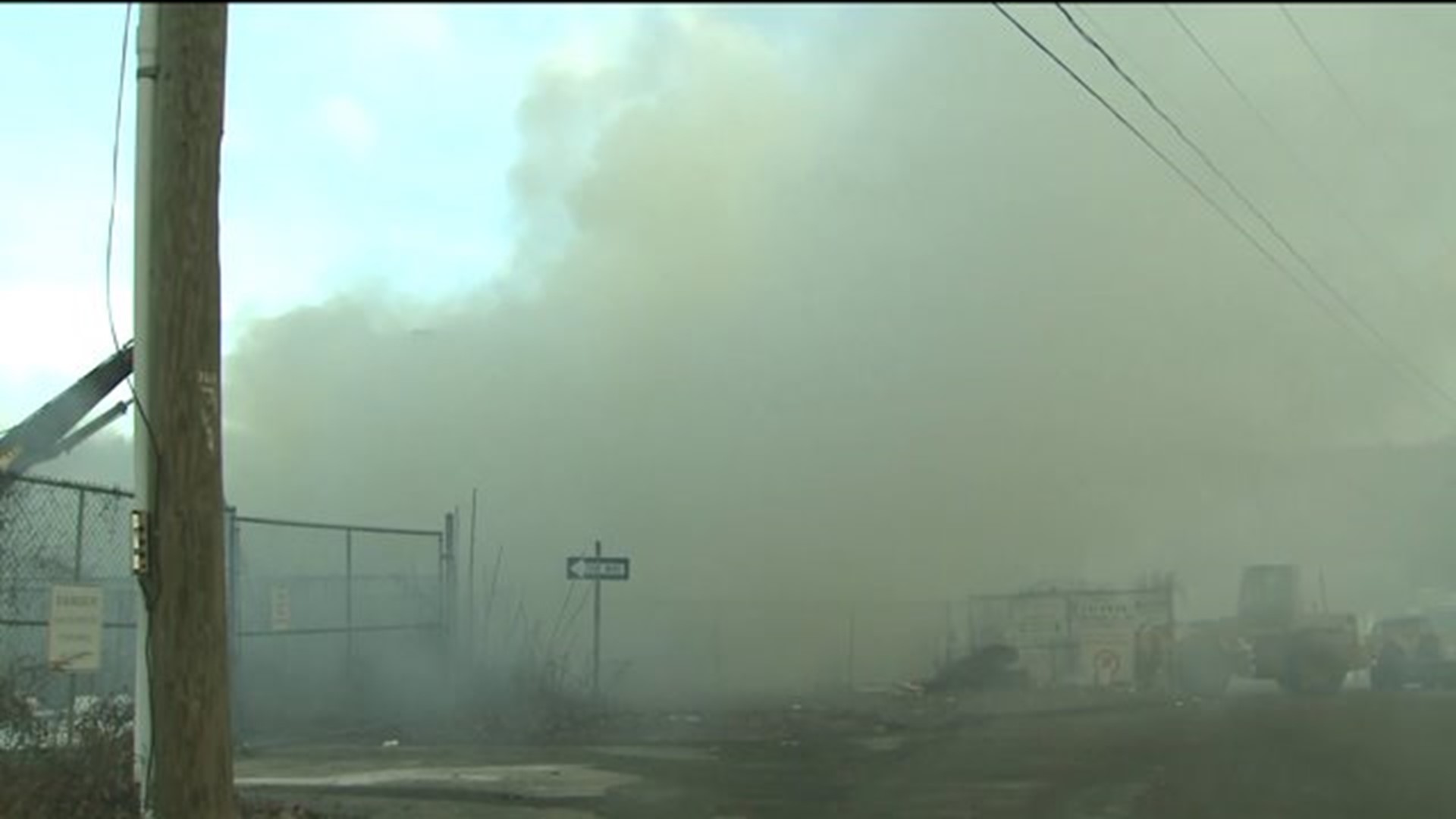 ESSEX -- The smoke remained very visible at a recycling facility Friday afternoon, days after the blaze started on Wednesday. The fire flared up against Friday morning and continues to smolder, though by Friday night firefighters finally extinguished the fire for good.

The fire at Calamari Recycling, on Dump Road started around 2:30 p.m. Wednesday. Essex firefighters returned to the plant for a rekindled fire Thursday and Friday. Crews soaked piles of debris with water and foam to prevent more smoldering.

Schools on Thursday and Friday kept their children indoors for recess as a precaution for those students who might have respiratory issues.

The state Department of Energy and Environmental Protection said said Friday afternoon that the water runoff, which contains pieces of the charred debris, does not appear to pose a public or environmental hazard. On Thursday, DEEP said that there weren't enough particles in the air to cause concern, but that people should try and avoid inhaling smoke.

Officials said Thursday they were challenged by the cold weather and amount of debris inside the factory. First selectmen Norman Needleman said the fire rekindled overnight in one of the piles of debris that had been pulled out of the building where the fire initially started. Crews Friday spread out piles of debris even further so that they can make sure the water and foam completely soaks the material.

Several million gallons of water has been used to fight the fire, which put a strain on the town's public water supply. Thursday, fire crews were forced to stretch hoses for over 1 mile to draft water from a pond in neighboring Deep River.

One firefighter injured an ankle from slipping on ice. but no one else was injured.

The recycling facility has more than 25 full-time employees.