Students from around the state showcase their inventions 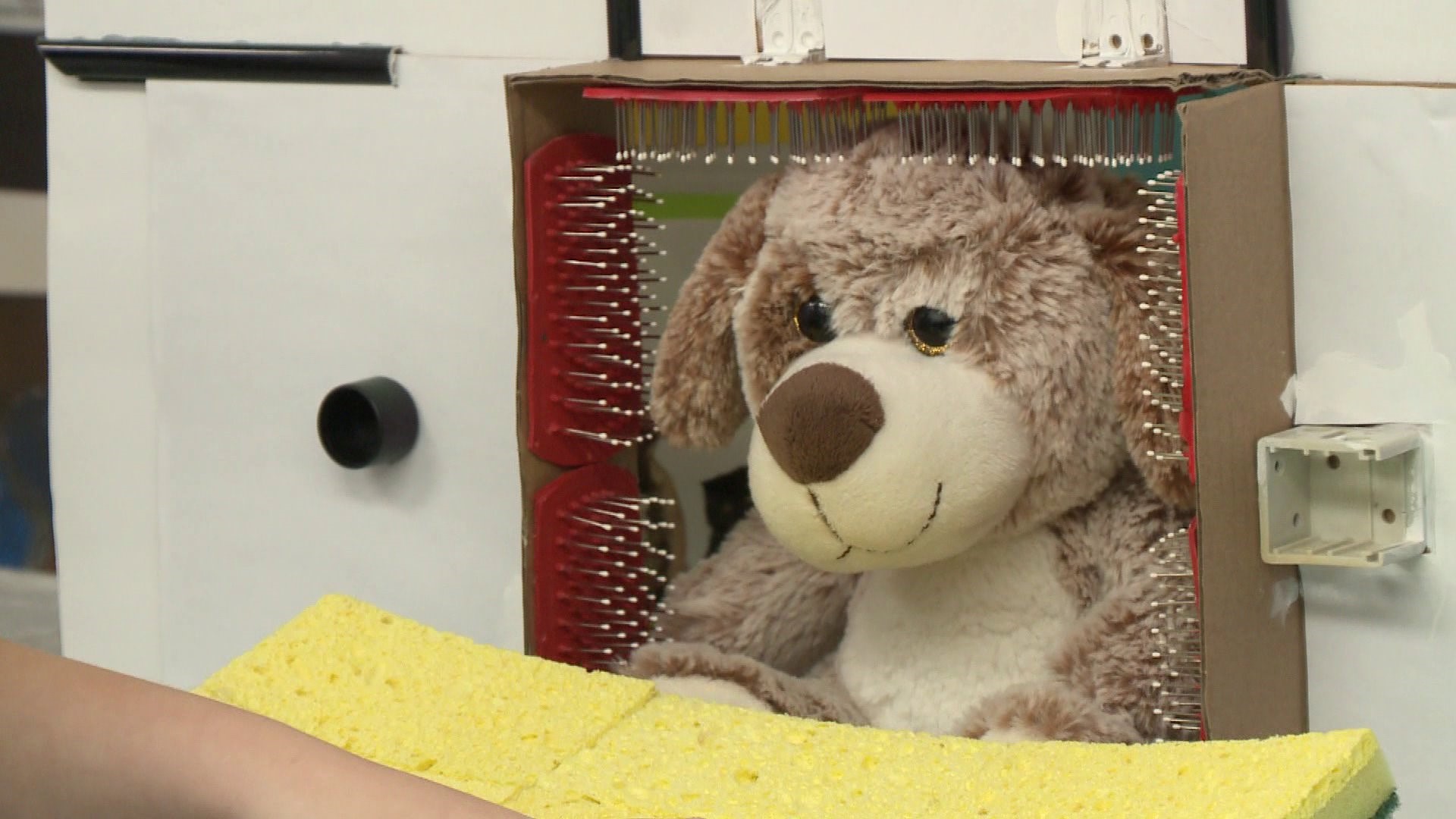 The nearly 1,600 competing students represented more than 130 schools. They were chosen from among the 17,000 Connecticut students who participated in this year’s program.

“We’ve been teaching elementary and middle school students across the state how to be inventors, hopefully leading to careers in engineering and science fields but really to understand what it means to be an inventor and problem solving,” Executive Director Ken Katz said.

Sixth grader Reily Pascale and third grade student Patrick Giammatei were one of the students participated in this year’s invention convention. Giammatei invented the Groom Door, a product meant to make life a little easier for pet owners and their furry friends.

“When your dog walks through the door it soaks up mud or water on the dogs,” Giammatei said.

Pascale invented the Back off Helmet, a product meant to help you stay safe while hitting the slopes.

“It lights up like this so people can see you down the mountain so they won’t run into you,” Pascale said.