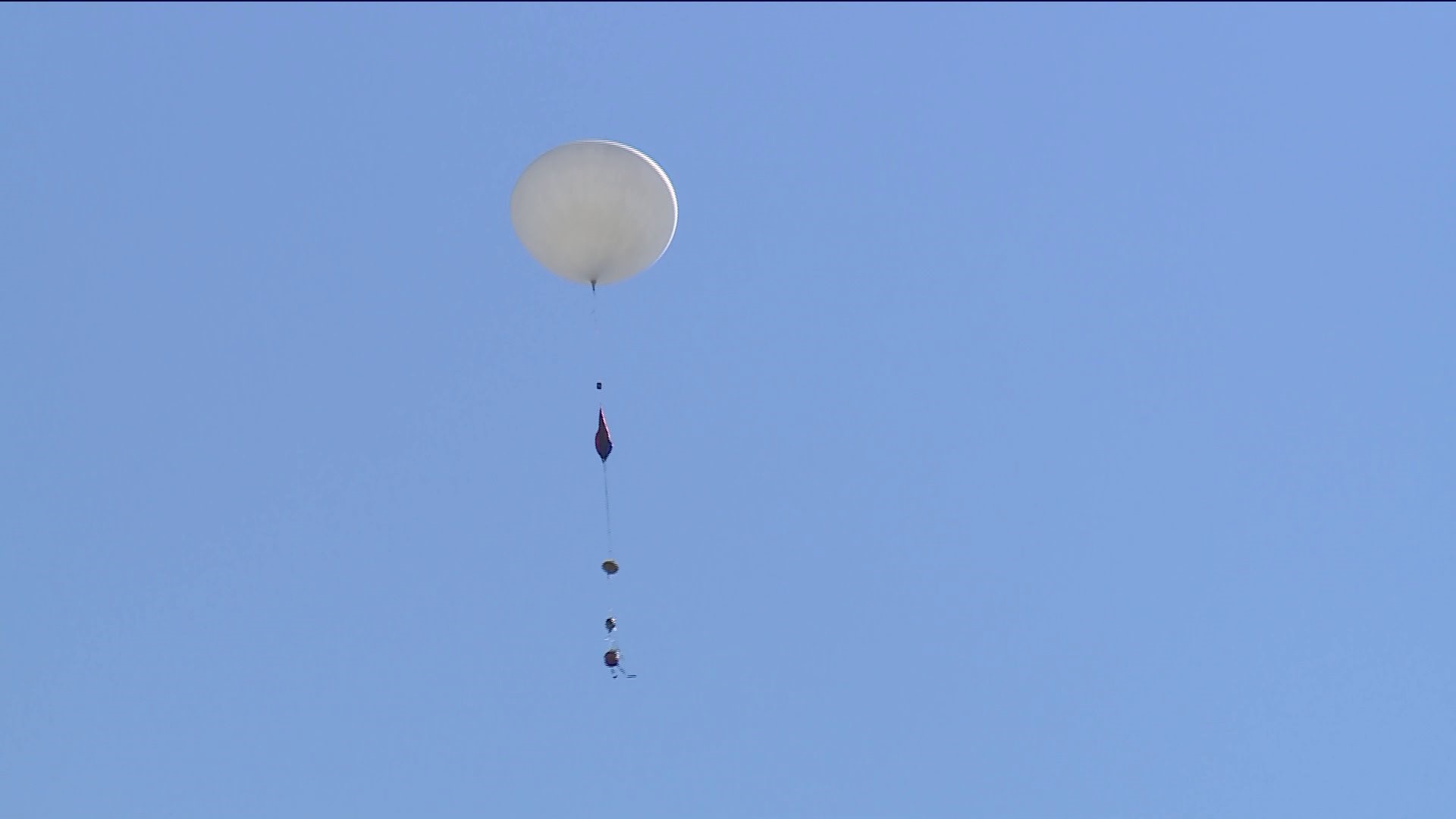 Equipped with a high-def camera, it’ll be aiding with NASA’s groundbreaking live stream of what’s being referred to as the Great American Solar Eclipse.

If you see a group of scientists and engineers standing in a field, there’s bound to be something interesting going on. Tuesday’s launch was from UHart’s campus in West Hartford, and it served as a practice run for the real thing, which will take place in Kentucky.

So here’s how it works: NASA provides the payload, which is made up video and still cameras, GPS tracking devices, and other sensors. The students make their own special modifications, and then launch it themselves. While it’s up there, it communicates with the Iridium Satellite network to relay information. When the cameras are no longer needed, they literally just send an email to the tracker, which cuts itself from the balloon and parachutes back down to Earth.

Everyone was geared up for this practice launch. After weather postponed their first launch, they wanted to get it all done Wednesday.

It may not be as intense as a rocket launch, but it’s going almost as far! On the day of the eclipse, which is August 21st, they’ll be heading up to about 100 thousand feet. That’s about three times as high as planes fly, and it’s far into the stratosphere.

NASA’s trying to maximize the amount of science they can fit on these things, and one way of doing that is to add what’s called a bacterial coupon. That’s essentially a sticker with some safe bacteria on it, allowing planetary biologists to see just what happens to life in conditions as harsh as the stratosphere. In a way, the conditions up there aren’t too different from what you’d expect to feel on Mars. So this eclipse is opening up a number of scientific opportunities, not just for the big shots at NASA, but these students as well.

“I think one of the coolest things about this project is how it’s really a nationwide collaborative project. It started with a team from Montana space grant, they’ve been leading the way, and every time someone learns something new, they share it with everybody. So just the learning experience that students and faculty have had has just been immense because they’re tackling engineering problems, they’re tackling logistics, they’re tackling collaborative challenges. All things that happen in real life but you don’t know about it until you’re knee deep in a project like this.”

The team from Connecticut is one of 55 across that country that will be participating. The great thing about being in a weather balloon in the stratosphere is that you’re above the clouds, so even if it’s a rainy day, we’ll still get some amazing views from this network of cameras. The day of the eclipse, NASA will be streaming it all on their website: nasa.gov.