Sunken luxury yacht to be raised out of Connecticut River Wednesday

LYME — A 53-foot yacht that sunk in late January in a cove off of the Connecticut River, is finally scheduled to be raised Wednesday morning. The Coast Gu... 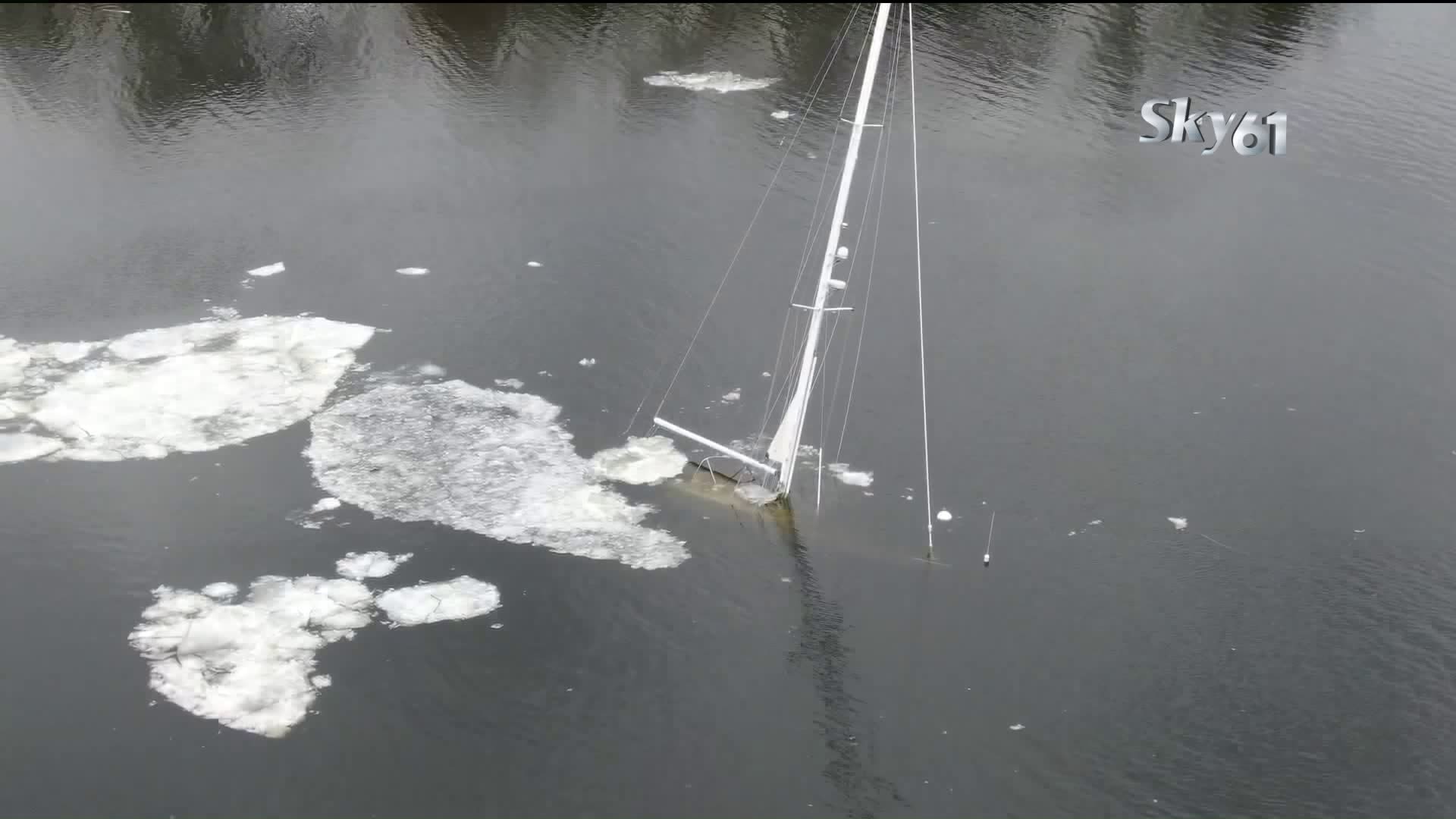 LYME -- A 53-foot yacht that sunk in late January in a cove off of the Connecticut River, is finally scheduled to be raised Wednesday morning.

The Coast Guard will be supervising the recovery operation, which is scheduled to get underway between 8 a.m. and 9 a.m., weather permitting.

Three weeks ago, suspended only by ice in Lyme's Hamburg Cove, the Mazu was in trouble.

"Local people came and helped raise it with the help of the local fire department and the harbor Master," said Ron Milardo, of Lyme.

But, after pumping all of that water off the vessel, the owner couldn’t find the leak.

The next day, the boat sunk and some wonder why the owners, Gil and Maureen Johnson of Essex, would not have winterized the vessel, including taking it out of the water.

"Mother Nature is the biggest culprit," said Joe Tremblay, a Vice President for nearby Cove Landing. "It'll’sink your boat. It could cause some severe damage."

"I’ve kept boats in the water many, many years in the winter and I’ve lived on a boat in the winter, said Mak Yuknat, who added that he would never leave a boat out in the middle of a cove all by itself.

"With no way to get to it once the ice started to form around it," he said. "Boats in the winter need a lot of attention if they are left in the water."

His primary concern, as a captain for RiverQuest Cruises: the delicate balance of fish and wildlife, which thrive in the area where the boat sank, with up to 100 gallons of diesel fuel aboard.

"Lots of fish use it for breeding purposes, which they’re going to be doing very soon," he said. "And my concern was that there may be oil leakage."

But, according to the Department of Energy and Environmental Protection (DEEP), there is no evidence of a fuel leak.