NAUGATUCK–  A brazen car thief was caught on-camera jumping into the driver’s seat while the owner is busy filling up the gas tank. It happened yesterday ... 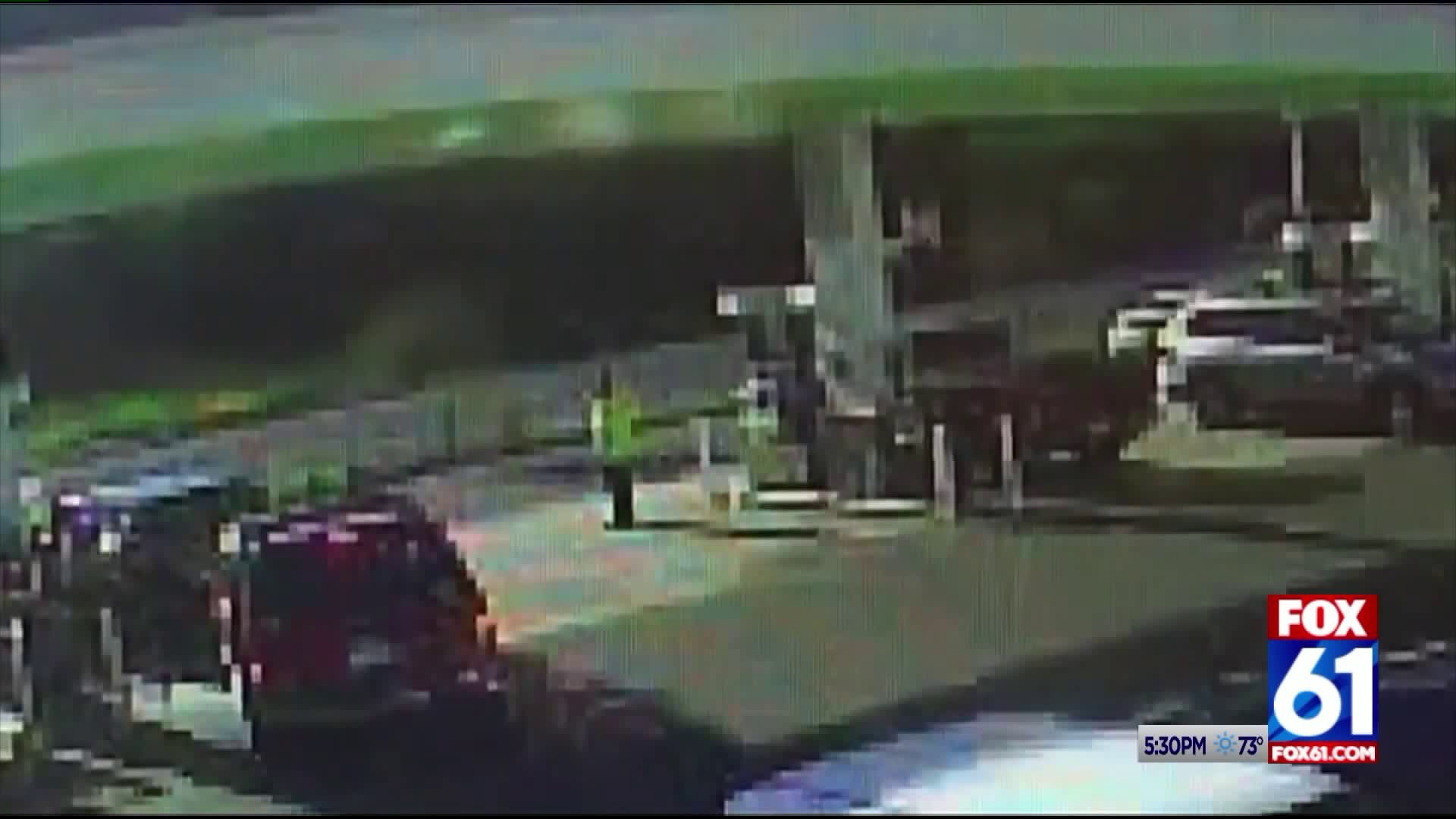 NAUGATUCK--  A brazen car thief was caught on-camera jumping into the driver’s seat while the owner is busy filling up the gas tank.

The surveillance footage shows us that this thief may not be alone.

Lt. Colin McAllister with the Naugatuck Police Department explained, “A newer model who Lexus was involved in the incident possibly dropping off the suspect prior to the theft.”

Lt. McAlister explains the blurry surveillance video showing us the moments before this suspect got away with a car.

In the video you can see the victim with a highlighter colored-shirt filling-up his gas tank.

Fast forward, and you can catch the blurry thief sneak into the driver’s seat.

Lt. McAllister said, “Not only the brazenness of the fact that this occurred in broad daylight the thief actually waited for this victim to completely fuel his vehicle before driving off.”

Lt. McAllister says he sees an uptick when the weather changes, and more concentrated in public areas.

When asked why gas stations seem to be a place of influx thefts and burglaries Lt. McAllister explained, “It seems to be an opportunity for when people are going to leave their vehicles idle or running for a short period. The mindset is that they are just going to run into the store for a quick moment and they are just going to pick something up or pay for something.”

Andrew Rivera saw the surveillance video posted on Facebook and said, “That’s like an example of anytime you could be caught off guard, like no matter what town you are in, like you are really not safe, you know got to keep your guard up.”

Rivera said, “Always just checking my pockets... That’s key just making sure like my keys, my wallet, my phone is on me, you know always locking my doors, you know always got to be a step ahead.”

Others like Stan Styfco agreed and said, “Well one thing I do is take the key with me I put it in my pocket, I don’t leave it in the car, I won’t leave the car running, it’s just not in my nature.”

Police are still searching for that stolen car – a black 2015 Audi A-5.

If you have any information on this incident you're asked to call police.