NEW HAVEN – One New Haven neighborhood remains on high alert as there have been shootings at the same location on consecutive nights this week. Monday nig... 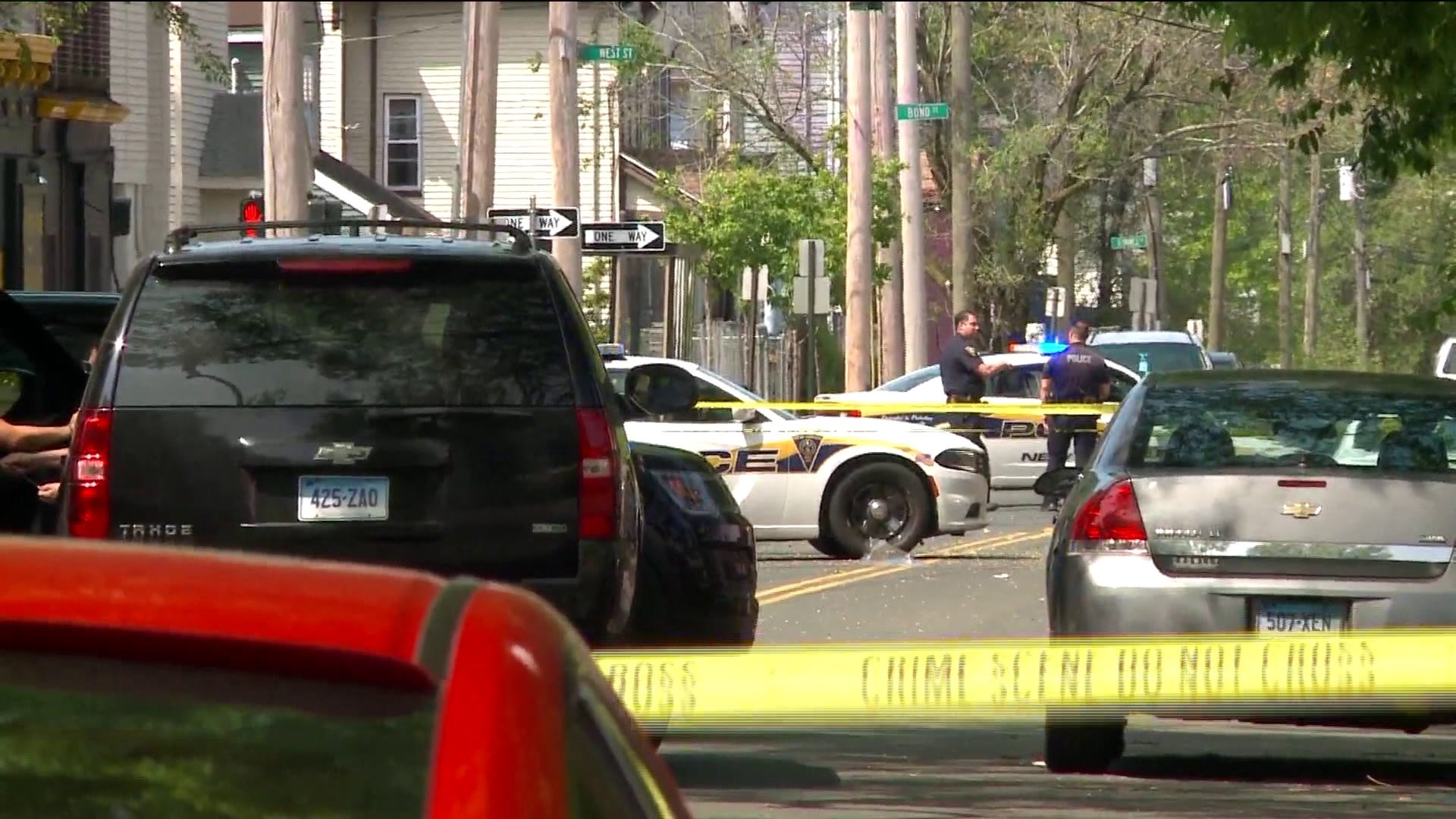 NEW HAVEN - One New Haven neighborhood remains on high alert as there have been shootings at the same location on consecutive nights this week.

Monday night, a 21-year-old man was shot in the arm but will recover. The following night near the same spot at the intersection of Congress Avenue and Redfield Street, 28-year-old Thomas Hart previously of Milford, was fatally shot.

Just before 11:30 p.m. Tuesday, Congress Deli's eastbound pointing camera picked up three people, in quick succession, running up Congress Avenue, before turning on Redfield Street. Then, a fourth person came into the frame. Shortly after he looked to his left, he was shot to death.

“Last year, the year before, nothing, quiet,” set a resident of the neighborhood, Richard Harris.

But now, there have been shootings on successive night's one block from his home of 32 years, where he lives with his 12-year-old son.

Monday night, just after 7, at the same corner, a man in a red hoodie appeared to be firing shots across Congress Avenue, before disappearing down Redfield Street.

“You’re not gonna get anywhere, but in the cemetery, maybe, or in the jail,” said Harris. “So, my advice to all of you kids out here: change your life or you won’t have one."

The owner of the Congress Deli says he hears gunshots practically every day and, a couple of years ago,  the store was robbed at gunpoint twice in the same month. But, Richard Harris says his neighborhood is worth fighting for.

Mr. Harris added that, just three weeks ago, his 12-year-old was in the Congress Deli when he heard gunshots in the area and ran home crying.