WEST HAVEN – New video in the case of a dead dog, burned in a West Haven parking lot, in early July. And it’s this video that helped lead police to the tw... 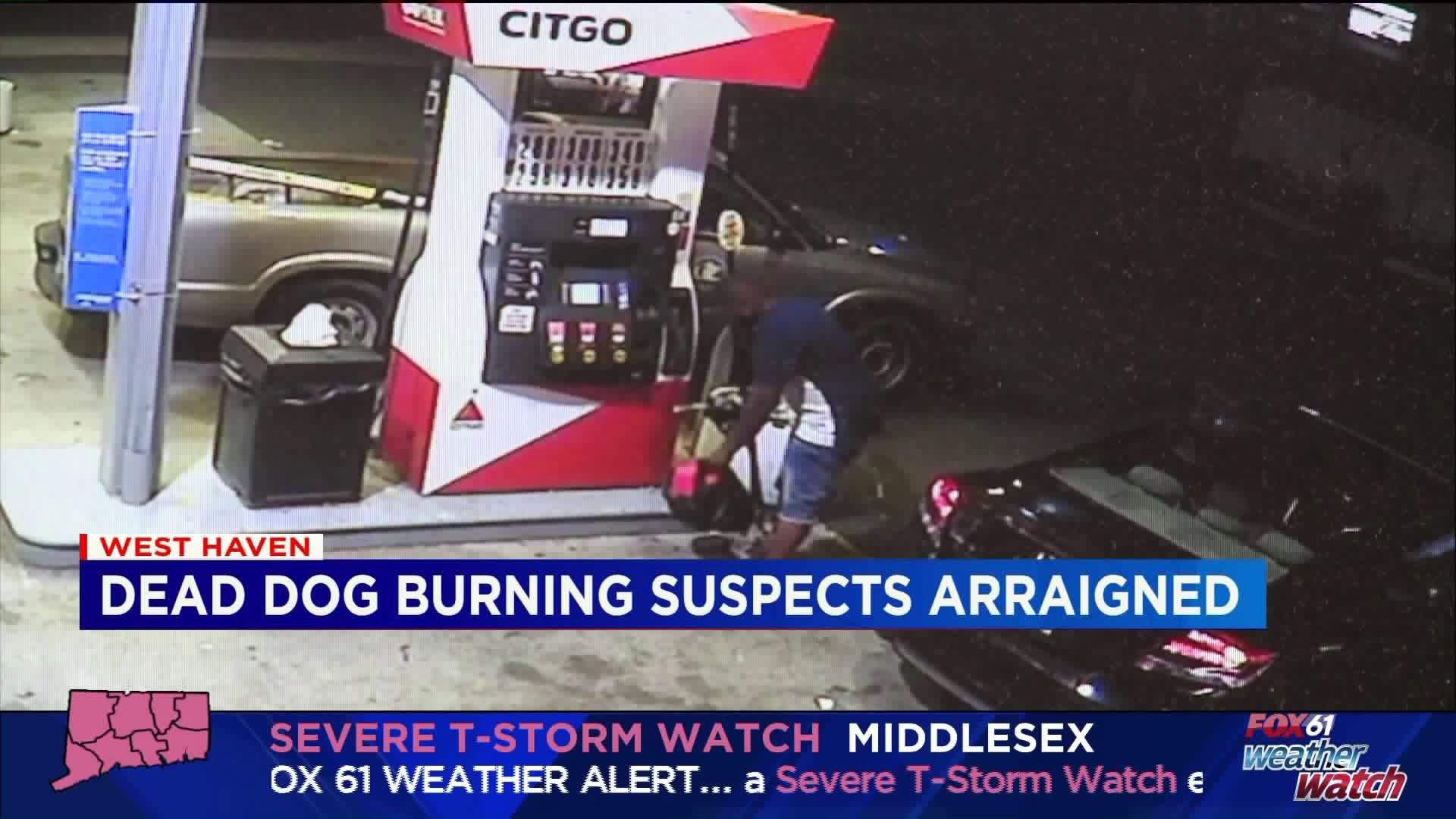 WEST HAVEN - New video in the case of a dead dog, burned in a West Haven parking lot, in early July. And it’s this video that helped lead police to the two people they say are responsible.

In the surveillance video obtained by FOX61, Maurice Jackson was seen buying an empty gas can from a local Citgo station on the night of July 5th.

He can then be seen filling up the can right next to a black Honda Civic he was driving.

With a perfect view of the license plate, police say they were able to determine that the car belongs to Latrice Moody, 35, who is Jackson’s girlfriend.

According to the arrest warrant affidavit, after lying to them repeatedly, Moody confessed to having driven with her boyfriend to the Sandy Point Beach parking lot with her deceased Yorkshire terrier dog in a shoebox.

She allegedly admitted to dousing the dead dog with the gas and then setting it on fire. According to the warrant, Moody told police she didn’t realize it was wrong to cremate the dog herself.  Moody allegedly said that after setting the dog on fire, she and Jackson left the scene and came back figuring that there would be just ashes. But, when they came back, they saw bones, flesh, and burned hair.

Jackson, 41, who has a long history of arrests and convictions, was arraigned on three misdemeanor charges in Milford Superior Court Wednesday

The neighbors of the West Haven couple wish they had known.

“There are other avenues to take other than what they did,” said Natalie Ayala, who lives in Jackson and Moody’s apartment building.

Police say the Orange Veterinary Hospital examined the dog and they noted that it had broken ribs, legs, and hips, but that there was no bruising, indicating the injuries happened after the dog died.