HARTFORD – Next week will mark 75 years since one of the worst fires in the nation’s history – the 1944 circus fire on Barbour Street. The tragic day was ... 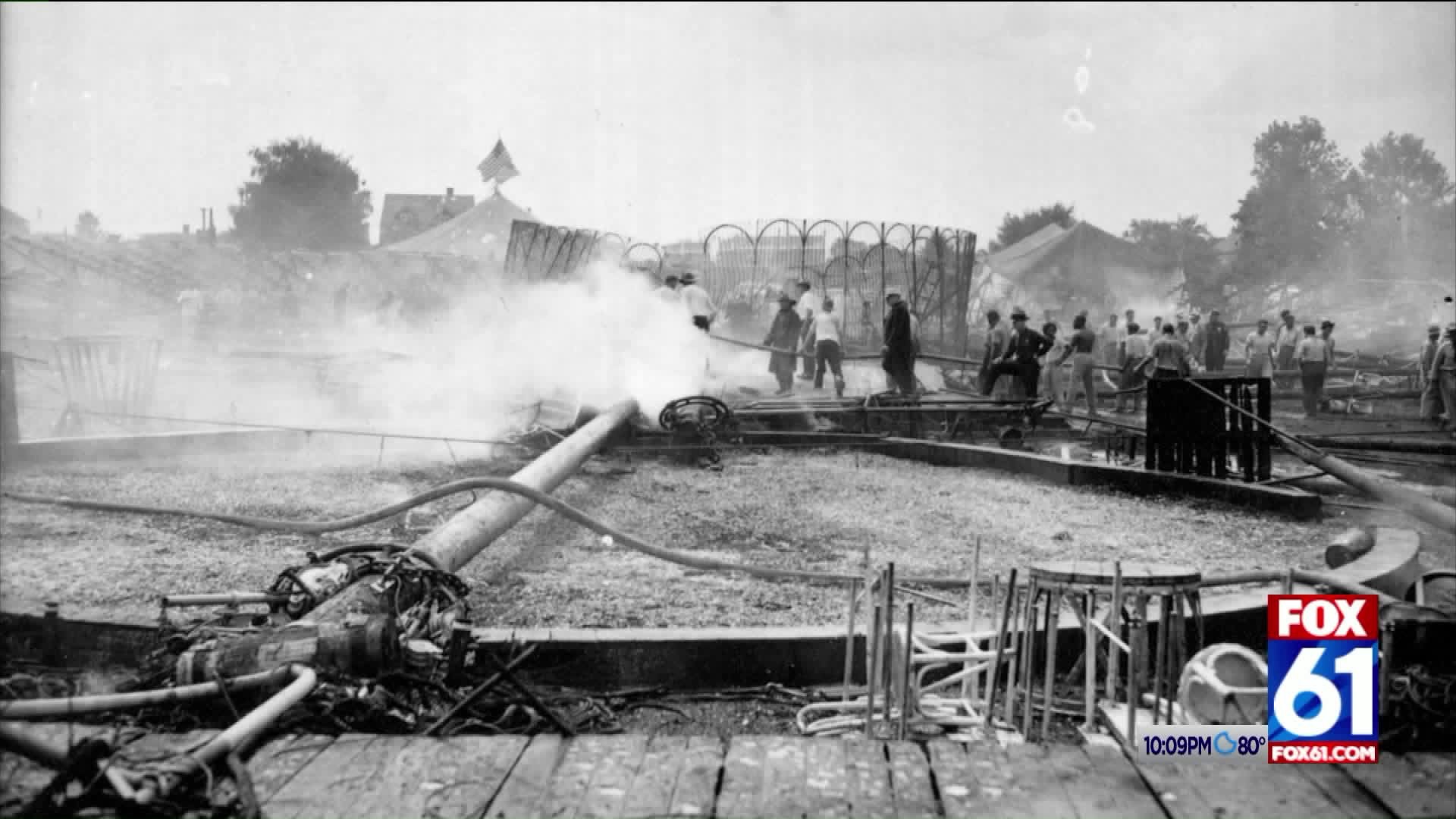 HARTFORD – Next week will mark 75 years since one of the worst fires in the nation's history – the 1944 circus fire on Barbour Street.

The tragic day was being remembered at the Hartford Public Library Thursday evening.

July 6, 1944 was a hot summer day. People near and far converged on Barbour Street for the Ringling Brothers and Barnum and Bailey Circus, a performance that attracted thousands.

13-year old Harry Lichtenbaum was one of them. He sat down on the bleachers that day but ended up moving.

“I said to my sister I can’t see everything from here - let’s move,” said Lichtenbaum of Hartford.

Shortly after the animals came out, they quickly ran back to their cages.

“They smelled it before we did,” added Lichtenbaum.

A quarter-sized flame appeared on the tent which eventually turned into an inferno. People ran for their lives as Harry and his sister watched the aggressive flames erupt from a distance.

“Let’s go back and help them so we took a couple steps back toward the tent and the intensity of the heat ... we couldn’t do it,” added Lichtenbaum.

There ended up being 167 named victims who were killed and more than 700 hurt, including children and adults.

“It seems as something happens every day that makes me think of it like somebody lights a cigarette,” added Lichtenbaum.

For others like Nancy Spada, it is popcorn that brings the horrific memories.

“Popcorn smells! I even think of ... every time I taste popcorn, I think of the circus fire,” said Spada of Manchester.

A memorial broke ground in 2004 that was dedicated to those who were killed including Nancy’s cousin and aunt. The day was so traumatizing, she said the first day she step foot on the site years later, it literally took her breath away.

“I couldn’t breathe. I got out to see the site and honestly I could not breathe. They had to get some oxygen. I don’t know what happened,” added Spada.

The actual anniversary for the fire is next Saturday. There will be a ceremony at the memorial at 2:30 p.m.