Suspect arrested for threatening to ‘kill everyone’ at Canton preschool: Police

CANTON — David Ragozzine, 29, of WInsted, is behind bars after police said he made a threatening phone call to Joni’s Child Care and Preschool in Canton. ... 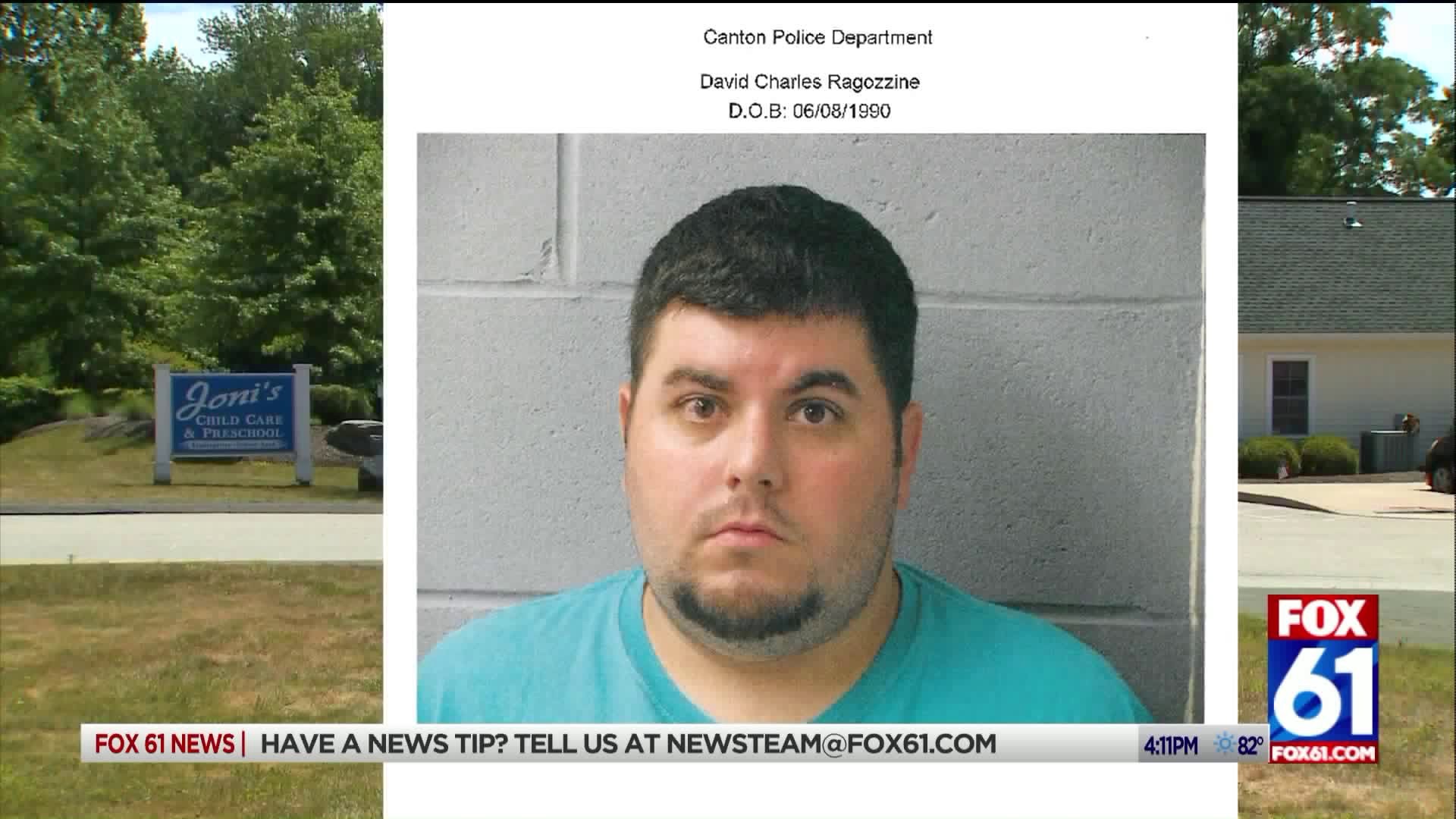 CANTON -- David Ragozzine, 29, of WInsted, is behind bars after police said he made a threatening phone call to Joni’s Child Care and Preschool in Canton.

On Monday afternoon, police said Ragozzine called someone at the daycare and said he would physically assault a specific staff member and kill everyone. According to a police report obtained by FOX61, Raggozine is married to a daycare staff member, they have two children who attend the daycare and his wife has complained to co-workers about her abusive husband. Ragozzine threatened one of his wife's co-workers, according to the report, and told her to stay out of his marriage or he would kill everyone there.

He never actually made it to the facility, according to police, and was arrested without any issues. But a weapons check revealed he has an unregistered shotgun that was not located.

This is not Ragozzine's first run-in with law enforcement. Back in 2014, he was arrested for calling for the assassination of Governor Malloy on social media.

On Monday, Ragozzine was charged with threatening in the first degree and breach of peace in the second degree. He appeared in court on Tuesday and is currently being held on a $100,000 bail until his next court date.

In response to the threatening phone call, the Canton facility has increased its security measures with police officers on site. The daycare has about 85 children between the ages of six weeks and 12 years old, and about 17 employees. Joni’s Child Care and Preschool has other locations in Hartford, Farmington and Burlington. All of those facilities are aware of the threat in Canton but are not involved.

A school spokesperson released this statement to FOX61:

“We take the safety of our students seriously and are appreciative of the quick response of the Canton Police Department. We will continue to focus on ensuring all of our students receive an exceptional education in a safe and nurturing environment.”

The Winchester Police Department is assisting in the investigation, which remains open and active.