MADISON —  With perhaps the most beautiful weekend of summer on tap, many beaches remain close to swimming. Several state parks and Long Island Sound beac... 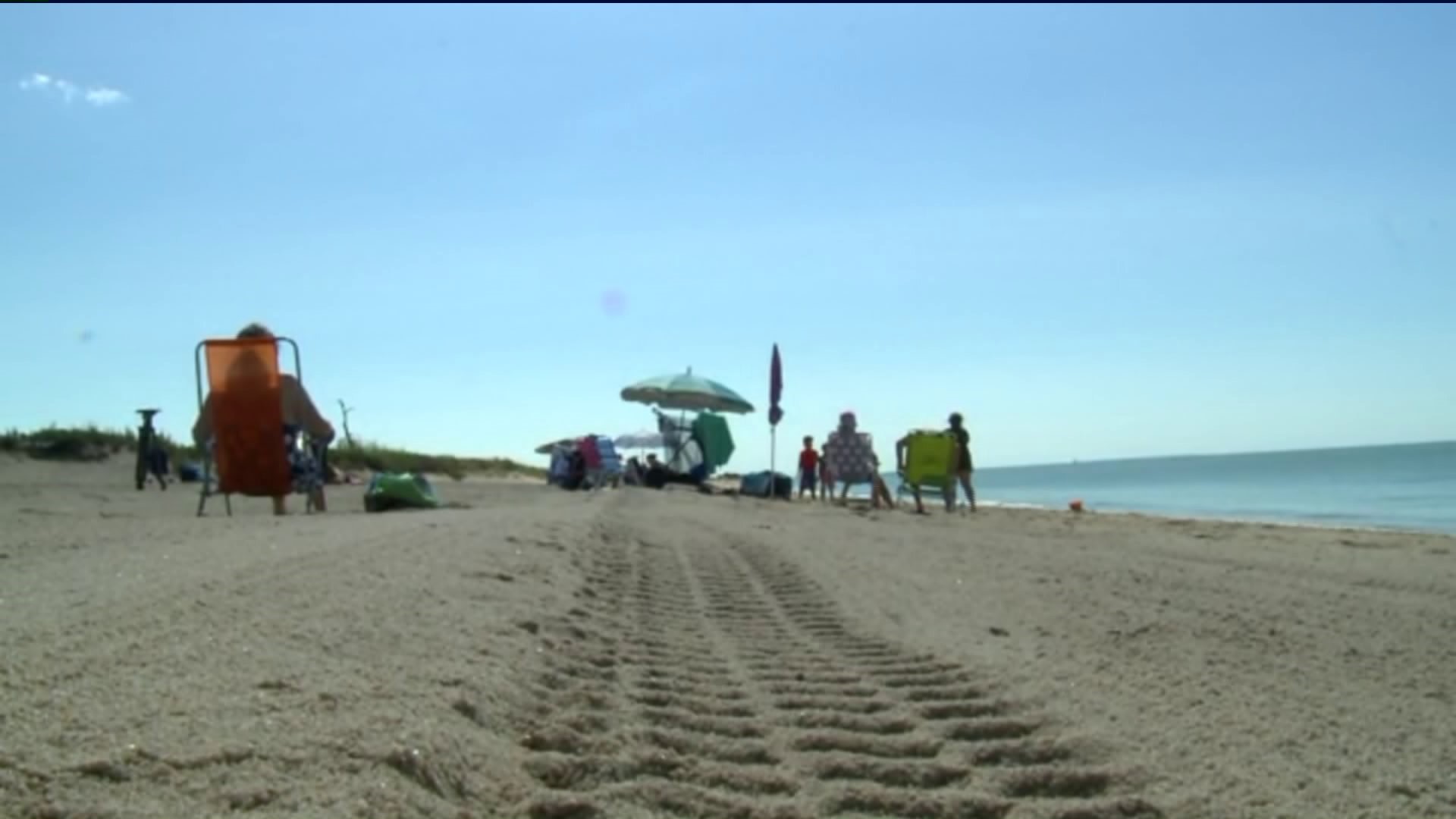 MADISON --  With perhaps the most beautiful weekend of summer on tap, many beaches remain close to swimming.

A couple of women from northern Connecticut towns enjoyed the water lapping at their feet at Hammonasset beach Friday, unaware that high levels of bacteria had closed the waters to waiting or swimming at Silver Sands, the east end of Rocky Neck and Hammonasset.

"We did not know that," said Joan Spera. "But there's not many people here, so, we didn't put two into together and nobody came out on the beach to tell us."

But small signs are posted on the ticket booths at the entrance to Hammonasset and on the bathhouses.

"We're sweating it out here on the beach," said Sara Hughes of Coventry, who won't go in until the all clear is given.

"If it says don't go in the water... I'm pretty good with following the rules," said Hughes, as she laughed.

Her friend, Lisa Whitehouse, of Windsor, said "It's getting near the end of the summer so this could very well be our last trip here. But, I mean, we are here. And we will make the best of it."

But, one family was determined to enjoy all that Hammonasset has to offer.

"We are just wading in the water," said Andrew LaBonte, of North Windham. "Not really swimming in the water. Told the kids to try not to drink it you know, if they did they might end up on the toilet for a little bit afterwards."

"It's OK if you swim in water with bacteria in it," said Kaitlyn Scribner of Waterford. "Just wash your body after."

Blue green algae has canceled swimming at Indian Wells in Shelton and Kettletown in Southbury. Gardner Lake, in Salem, and Wadsworth Falls, on the Middlefield-Middlefown line, joined Silver Sands, Rocky Neck and Hammonasset with swimming areas closed due to high levels of bacteria.

The waters at Silver Sands, Rocky Neck and here at Hammonasset will be retested today and the results should be known by noon Saturday.