NEWTOWN — Team 26 started their 600 mile bike ride to Pittsburgh today. Since 2013, Team 26 has raised awareness for gun violence in riding their bikes fr... 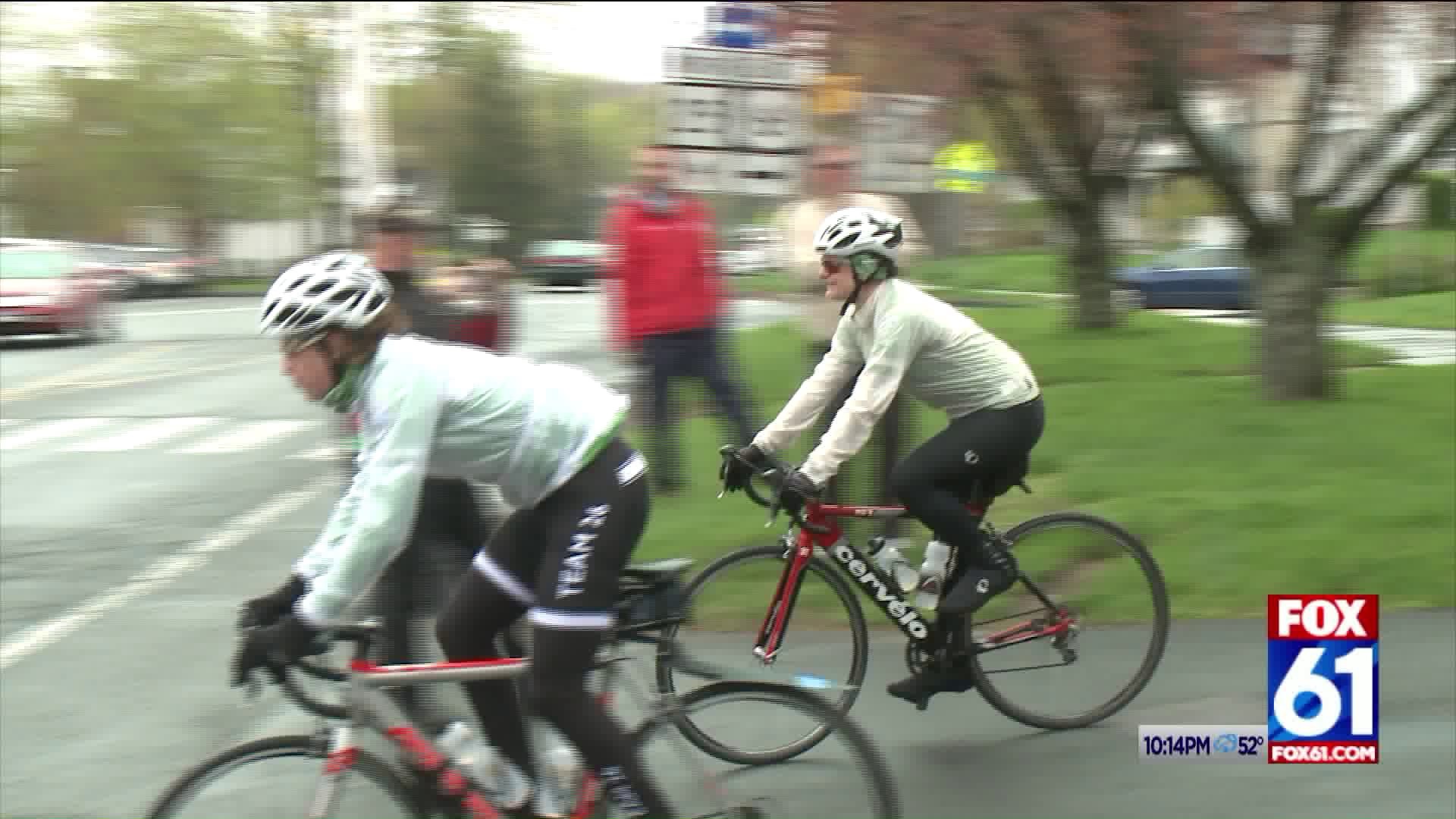 Since 2013, Team 26 has raised awareness for gun violence in riding their bikes from Newtown to Washington DC. The number 26 represents the number of children and educators killed in the Sandy Hook School Shooting.

"It's become much more than a ride," says the group's co-organizer, Monte Frank. "To all of us it's about spreading our message of peace, hope, and love."

Cyclists representing the 26 victims of the Sandy Hook School Shooting are riding to honor all victims of gun violence. They decided to go to Pittsburgh this year after a single gunman killed 11 people and hurt 7 others at the Tree of Life Synagogue in October.

"It rocked a lot of us right to our core and we remember here what it was like six months after the shooting," says Frank.

Team 26 says this year they are focusing on how faith communities are a significant resource for conversation and transformation. On their ride to Pittsburgh, they'll stop in Baltimore and then the Flight 93 National Memorial as they head west.

The group will also be riding in honor of 33-year-old David Hoyle, who was one of the co-organizers of Team 26. He passed away on April 1.

"Dave was and will always be the heart and soul of Team 26," says Frank.

They'll ride through his hometown in Pennsylvania in his honor.