BRIDGEPORT – Outdated and often times dangerous public housing complexes across Connecticut are slowing being vacated and demolished. That includes in Bri... 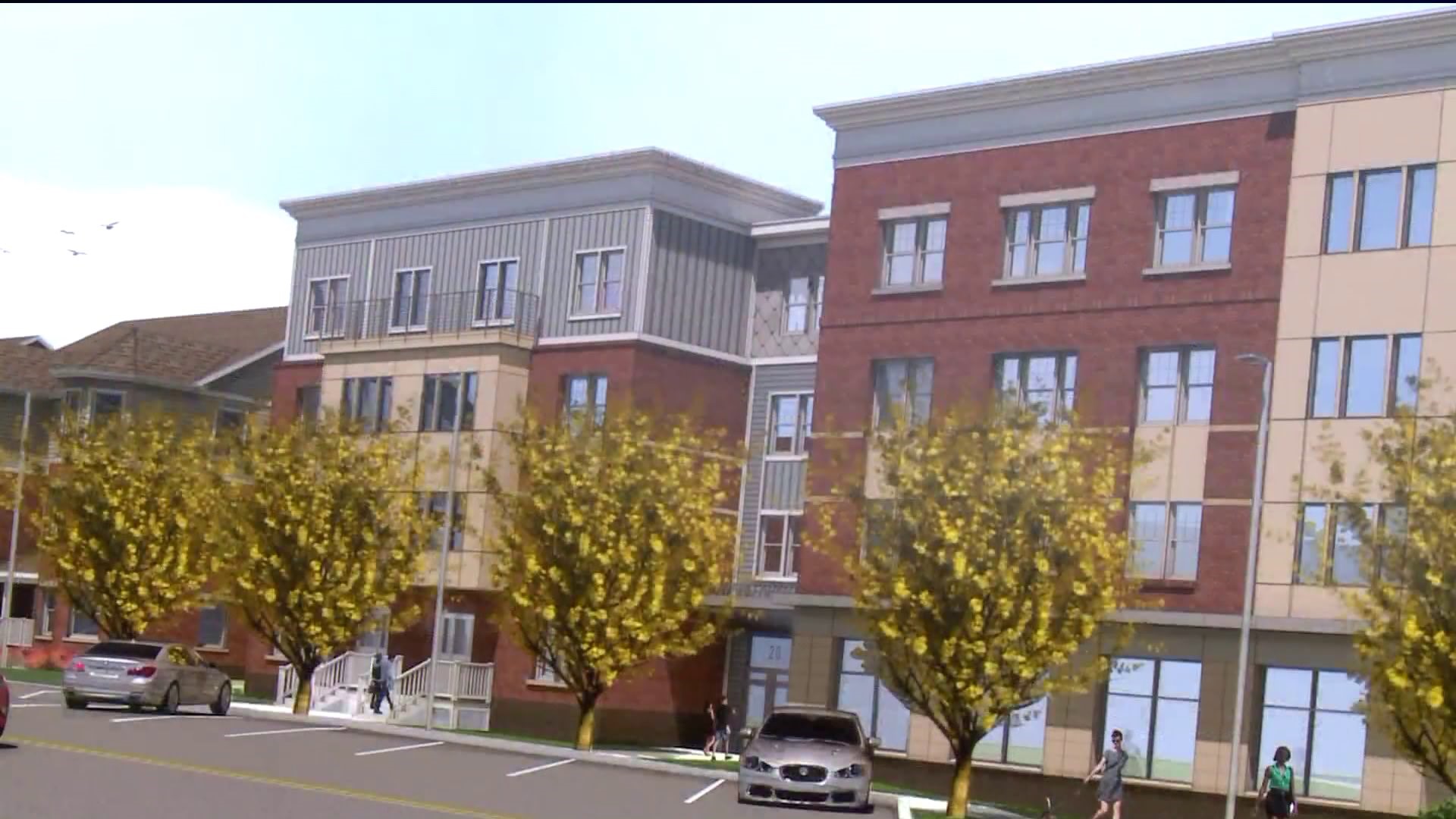 That includes in Bridgeport.

It has been at least a year and a half since anyone has lived in two thirds of the massive Marina Village public housing complex. And the remaining residents just can't wait for a new lease on life.

For decades, the complex has been run down and overrun by crime. But, the past is crumbling, in the form of demolition.

To make way for more than 300 mixed income apartments and a 7,500 square foot health center on this south end site, phase two of three phases of demolition got underway Wednesday.

Mayor Joseph Ganim said the Windward development, as it is being called, "will be clean, safe, the type of thing that we would all envy for the south end residents and I want to thank them (residents) for their patience. They’ve been waiting a long time."

Ganim wasted no time climbing in the drivers seat of the excavator, becoming the first to bring the bucket down on the building.

While her vision is limited, thanks to an eye disease, one resident said the sound of today’s demo brings her hope "and the faith that everyone will have quality housing, decent housing is right here," said Denese Taylor-Moye, a 21 year resident of Marina Village.

She is also a Bridgeport City Councilwoman, who said all of the nearly 400 tenants will be out within a year.

"We are working on a relocation package now," Taylor-Moye said.

This $200 million development will be paid for by city, state, federal and private money.

"The private portion of that $200 million is about 40 to 50 percent of it," said the developer, John McClutchey, of JHM Financial Group.

It will likely take two to three years before the first tenants move in, but Denese Taylor-Moye said she definitely wants to move back.

"I would like to be here to watch the other changes," she said, referring to commercial and other residential development that happens as a result of Windward, which could take five to six years to complete, according to McClutchey.