HARTFORD –Connecticut tech workers gathered together on Saturday, for a protest against a technology company new to Hartford. Workers were protesting Info... 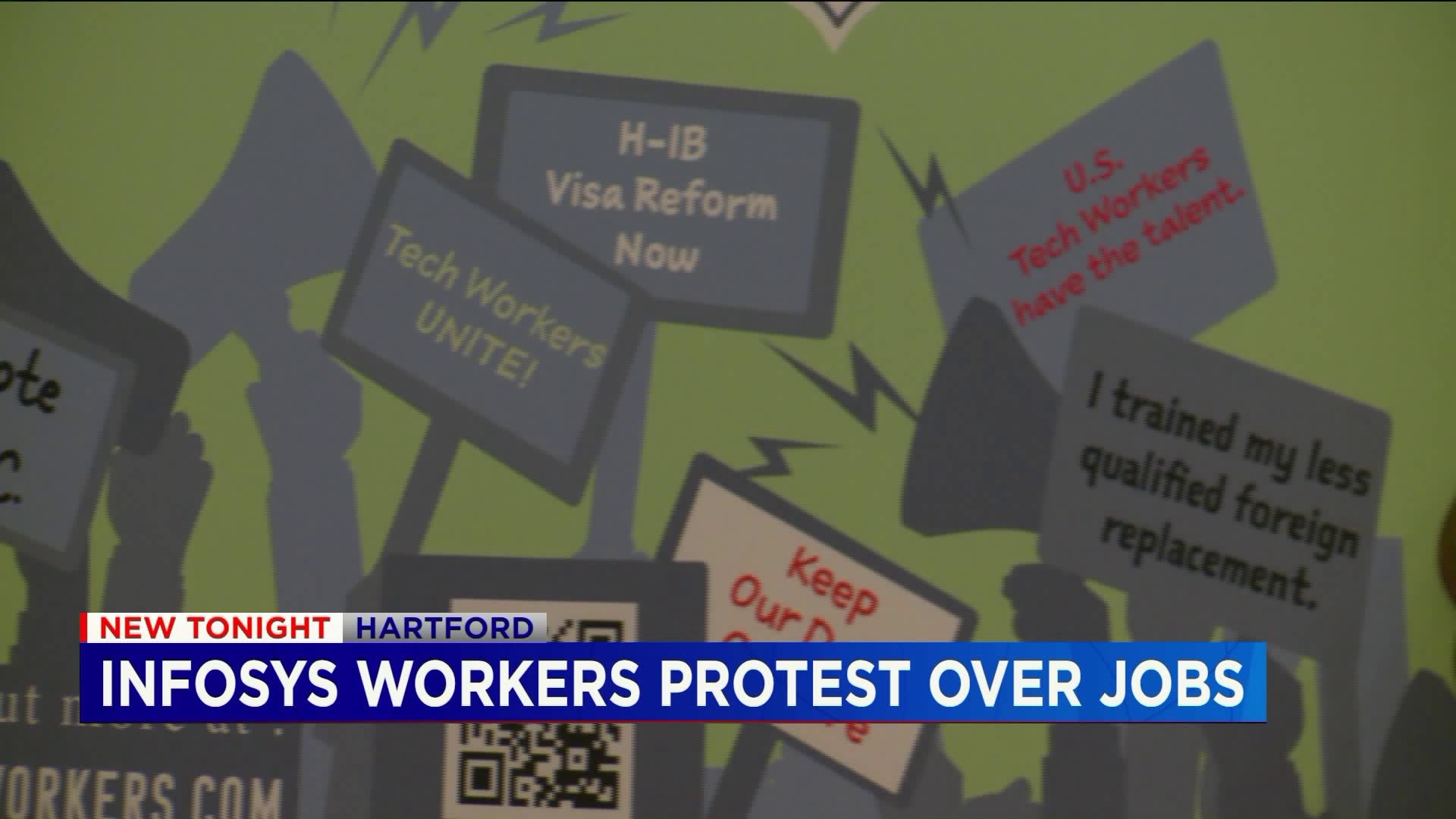 HARTFORD --Connecticut tech workers gathered together on Saturday, for a protest against a technology company new to Hartford.

“We’re trying to bring up that taxpayers of Connecticut should not be giving money to a company that doesn’t have a good reputation, that has been sued by the U.S. Dept of Justice, who has been sued by Americans for discrimination,” IT Professional Chris Deangelo said.

According to Infosys, none of the 283 employees hired so far are on a visa and they will only hire U.S. citizens as they fill up to a thousand positions by 2022.

Hartford Mayor Luke Bronin is a supporter of Infosys and said it is the state’s duty to bring in new jobs.

“The right response to companies who have been outsourcing jobs overseas is to get those companies to create American jobs here in America and that’s what Infosys is doing, said Bronin.

“Governor Lamont looks forward to Infosys becoming a key economic player in our state. These will be full-time jobs for individuals, many of whom live, work and play in our communities across the state.”

Currently, Infosys is hiring for various roles at their Technology and Innovation Hub in Downtown Hartford.