MERIDEN — It looks like a judge will have to decide who is responsible for shoring up a massive sinkhole in a backyard at both 170 Liberty Street and 8 Hobart S... 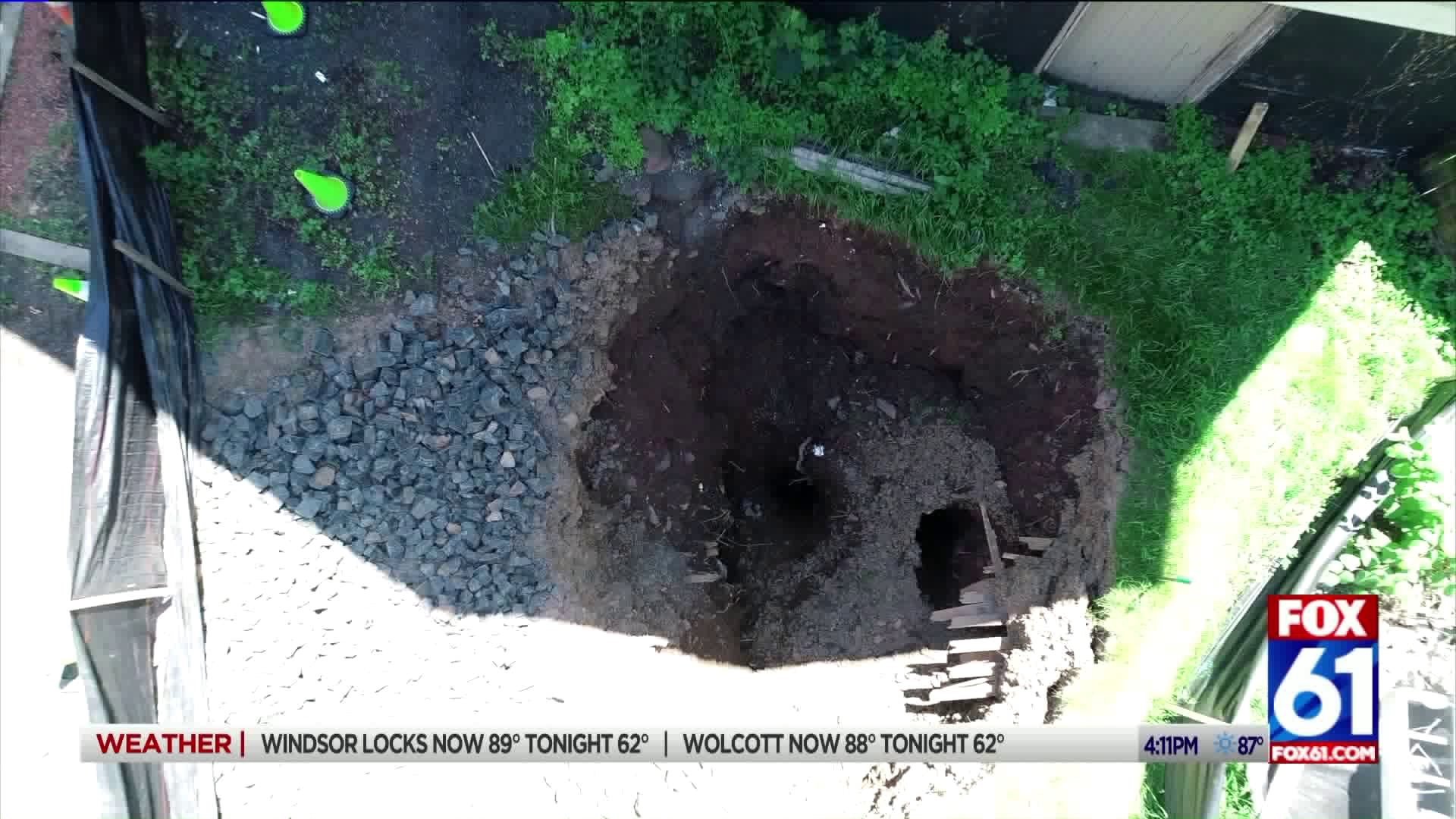 MERIDEN — It looks like a judge will have to decide who is responsible for shoring up a massive sinkhole in a backyard at both 170 Liberty Street and 8 Hobart Street.

The city building inspector deemed the house unsafe, but the homes landlord said his structural engineers say otherwise.  Tenants who were forced to evacuate were back at the home Tuesday to collect their things. They are moving out. It’s turned into a war of words.

“That’s in the hands of the lawyers,” said Dockside. “The legal realm is very clear,” said Coon.

This — as the hole gets bigger.

“Maybe it might sink up the whole house,” remarked Kwaku Appiah, who lives in the adjacent property where the hole also cuts through.

On Tuesday, families were throwing out their stuff and moving out.

"If it keeps spreading more than it is now, then I have to move out,” said Appiah.

He’s concerned for his kids.

“My kids can’t even play outside in the backyard anymore. They play in the street now. It’s more safe on the street than back here,” said Appiah.

The hole slices through two properties. David Dockside owns the one on Liberty Street.

“I gated and locked it because I don’t want any kids getting hurt,” he said.

He hired his own structural engineers.

“We constructed a massive beam that carries the load of the structure,” said Dockside.

So who is responsible?

“The city is not working with us. They need to address the situation. If not, I will do it myself because I will not stand for kids being left in an unsafe manner,” said Dockside.

“The city is willing to help the property owner come to a resolution because we can’t have this hole sitting there indefinitely.”

But citing last weeks State Supreme Court Decision Northrup vs. Witkowski he says they are not legally liable.

“The city is not going to go in and work unless the city itself is protected," said Coon.

They want Dockside to sign a hold harmless agreement.

After swallowing up a tree and fence, the hole is now more than 21 feet deep and 15 feet wide. It’s just few feet from the foundation.

The cause is a collapsed slab on an underground culvert. Dockside says he didn’t know about a culvert when he bought the property. Usually more than 100 years old, the city says that’s pretty common.