HARTFORD — May marks the  40th anniversary of the tragic death of a 12 year old boy in Hartford. Julio Lozada died after a garage collapsed on him. On  Ma... 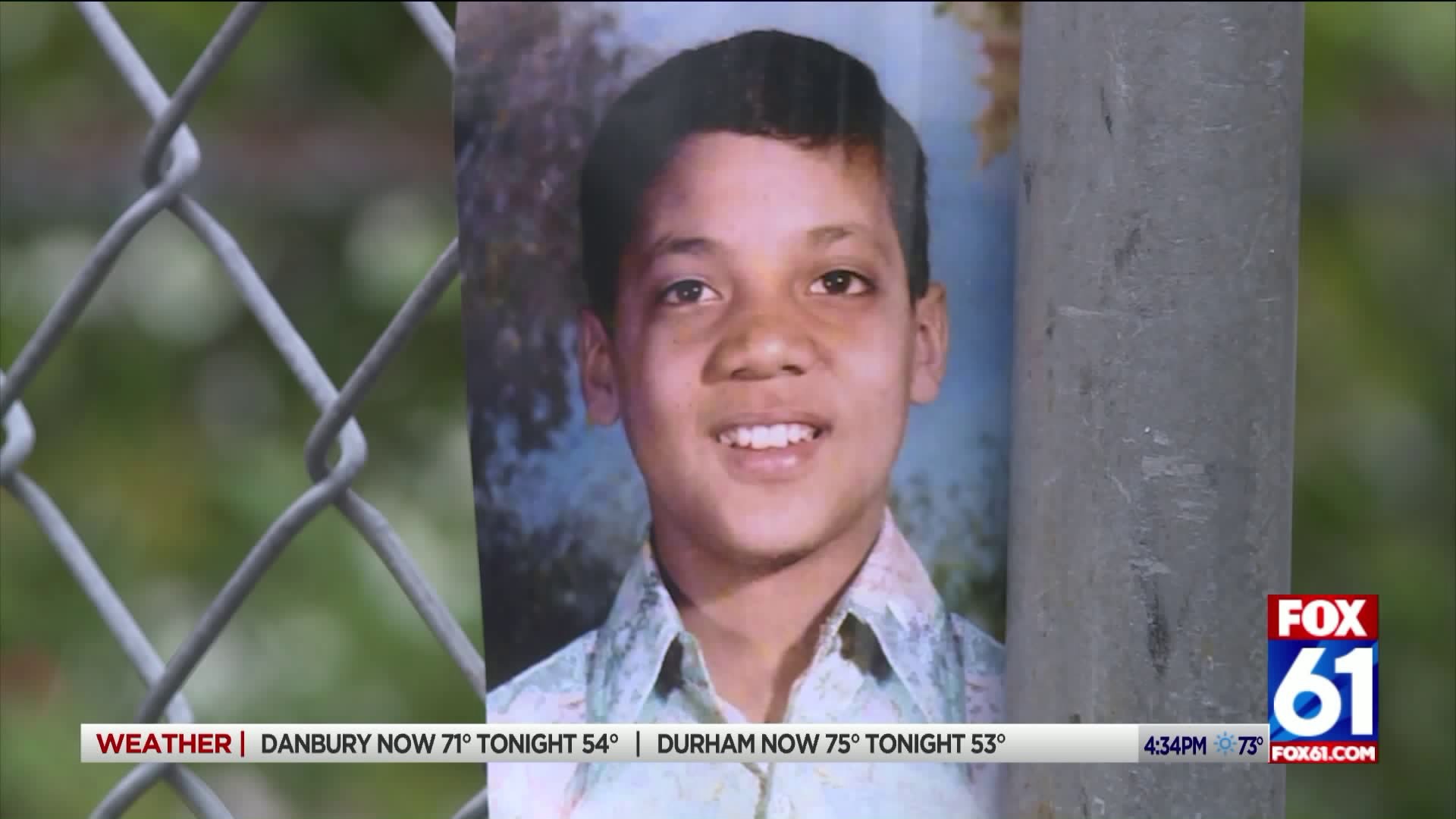 HARTFORD -- May marks the  40th anniversary of the tragic death of a 12 year old boy in Hartford. Julio Lozada died after a garage collapsed on him.

According to an investigation report, 12 year old Julio Lozada  and his friends were playing in an empty garage near Fairmount and Center street. His friends reported  hearing a crackling noise and then the garage collapsed. Almost everyone was able to get out of the garage except for Julio.

"The whole garage collapsed and buried him alive. My mom came to get me she was screaming.. she couldn’t say what happened…so finally she said Julito’s dead," says Mayra Lozada, Julio Lozada's sister.

The report claims neighbors attempted to explain to firefighters on scene  what happened and that someone was missing,  but were unsuccessful.

"The Firefighters did not understand what they were saying so they ended up leaving," says Chief Freeman.

Neighbors and Hartford police  did another search for Julio under the rubble and Hartford Fire Department was called a second time to come and help. This time they found Julio and uncovered him. Shortly afterwards, Julio was taken to Saint Francis Hospital where he was pronounced dead that evening.

After Julio’s death his family took legal action and sued the City of Hartford.

"They won…my mother won and that’s when the changes were made,' says Mayra Lozada.

One of the main changes was a result of a mandate that required the city to hire bilingual and Spanish personnel within all of its public safety departments to better serve the community.

"That initiated the hiring of the first Latinos for the Hartford Fire department," says Captain Mario Oquendo, from the  Hartford Fire Department

Among the first wave of recruits the first  Latino Fire Chief in Hartford, Edward Casares  Jr. Firefighters say it was challenging at times.

"There was a lot of racial tension in the firehouse and fire service. We weren’t wanted," says Casares.

Flash forward to today, firefighters say inclusion made all the difference and strengthened community relationships

"Once they notice that you speak their language then they become more comfortable. In a community that has over 44 percent Latinos I think it’s very important that you reflect that diversity and you can communicate with the residents you’re serving," says Captain Oquendo.

Right now, Latinos make up 35 percent of the Hartford Fire Department. Hartford Police is made up of 21 percent Latinos. Numbers that both departments say they’ve been working tirelessly to increase after the passing of Julio.

"We’ve gone extreme lengths to hiring minorities especially minorities for Hartford. We have a recruitment unit dedicated to helping them with the physical agility, written exams," says Gabriel Laureano, from the Hartford Police Department.

Both departments have also left their marks across the city  so everyone can remember the name Julio Lozada.

A park has been dedicated after Julio Lozada and a plaque is on display at the city’s safety building.

A community effort  that continues to keep the memory alive of the ‘The Boy Who Transformed Public Safety in the City of Hartford’.