WATERTOWN–Medical marijuana is an up and coming industry here in Connecticut. Legalized three years ago, licensed facilities grow it and dispensaries sell... 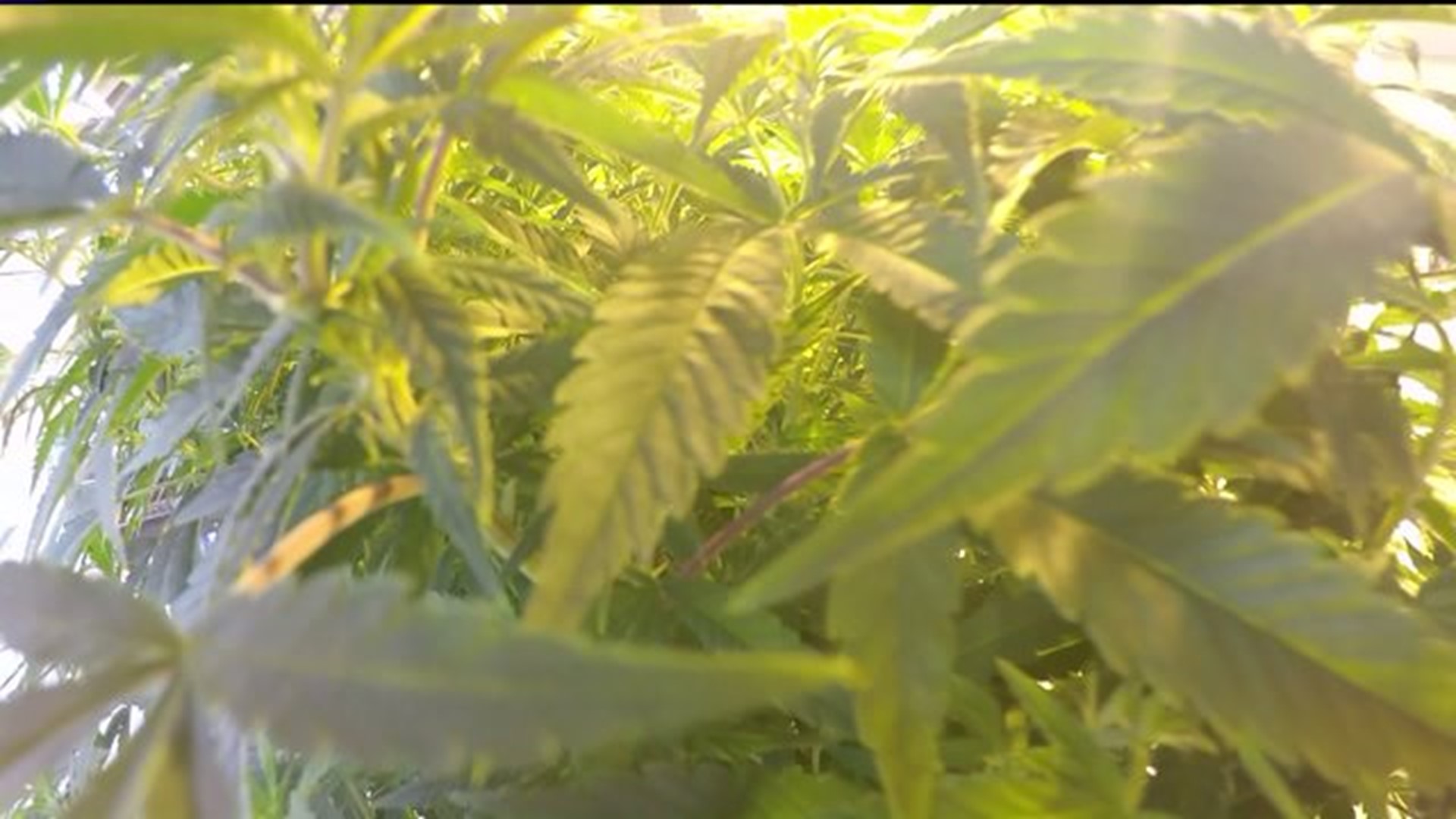 WATERTOWN--Medical marijuana is an up and coming industry here in Connecticut.

Legalized three years ago, licensed facilities grow it and dispensaries sell the medicine to patients, all under heavy regulation by the Department of Consumer Protection.

On of the facilities licensed to produce medical marijuana, Theraplant, is located in a highly secure facility meant to protect the budding industry.

“We took painstaking steps to design this building to be as safe and secure as possible and grow the best medicine possible,” said Ruby.

Not only is security high to get in, it's also high within the facility, which has multiple "clean" areas. “We can't have any type of pollen coming in, or any type of bacteria from the outside world,” said Theraplant CEO Ethan Ruby.

So how does it work?

The plants were started as a seed. In the Propagation Room, grown plants with the best genetics are chosen to become "The Moms."

Workers then clip parts of the plant from the moms, called clones, and plant them. The cannabis plants are then brought to the Flower Room for a '12/12 light cycle,' where they spend 12 hours on and 12 hours off, allowing the plants to grow flowers.

"So here we have the Flower Room," said Ruby. "You can see the plants are much bigger."

When harvested and dried, it's time to "cure" selected buds. The medicinal value of marijuana is in the buds, and the temperature, humidity, water, nutrients, and airflow are tightly monitored by both workers and computers.

Theraplant workers sit side by side and trim before extracting the medicine from the buds, which is where Daniel Fung takes over.

Fung is the head of extraction, and he is in charge of making alternative forms of medical marijuana.

The buds are put in a CO2 extraction machine, where the medicine is pulled from the dried marijuana. The essential oils are collected and then mixed to become one smooth homogeneous mixture. It's then put into either pill form or in tinctures, an oral solution patients put under their tongue.

The medical marijuana can be sold in its raw form too.

And Theraplant is working on other methods of producing the plant: the company is making a medicated balm.

In general, the process of putting medicine into the alternative forms is measured and precise. “Mostly important for the patients is that every product that leaves these producers goes through mandatory testing by an independent laboratory and exactly what those test results are found on the side of every bottle,” said Ruby.

Ruby tells us tight regulations make Connecticut's medical marijuana top notch. "I believe that this is the safest most effective marijuana you can find in this country,” says Ruby.

Theraplant has invested millions of dollars into the facility and Ruby reports it probably won't turn a profit for months, possibly several years. “We're in it for the long haul were investing in science,” said Ruby.

Theraplant sells their products to all six Connecticut dispensaries, where trained pharmacists work with patients.