WEST HAVEN — They are far from a bunch of “hacks” at the University of New Haven, but a new class there is teaching the tricks of computer hac... 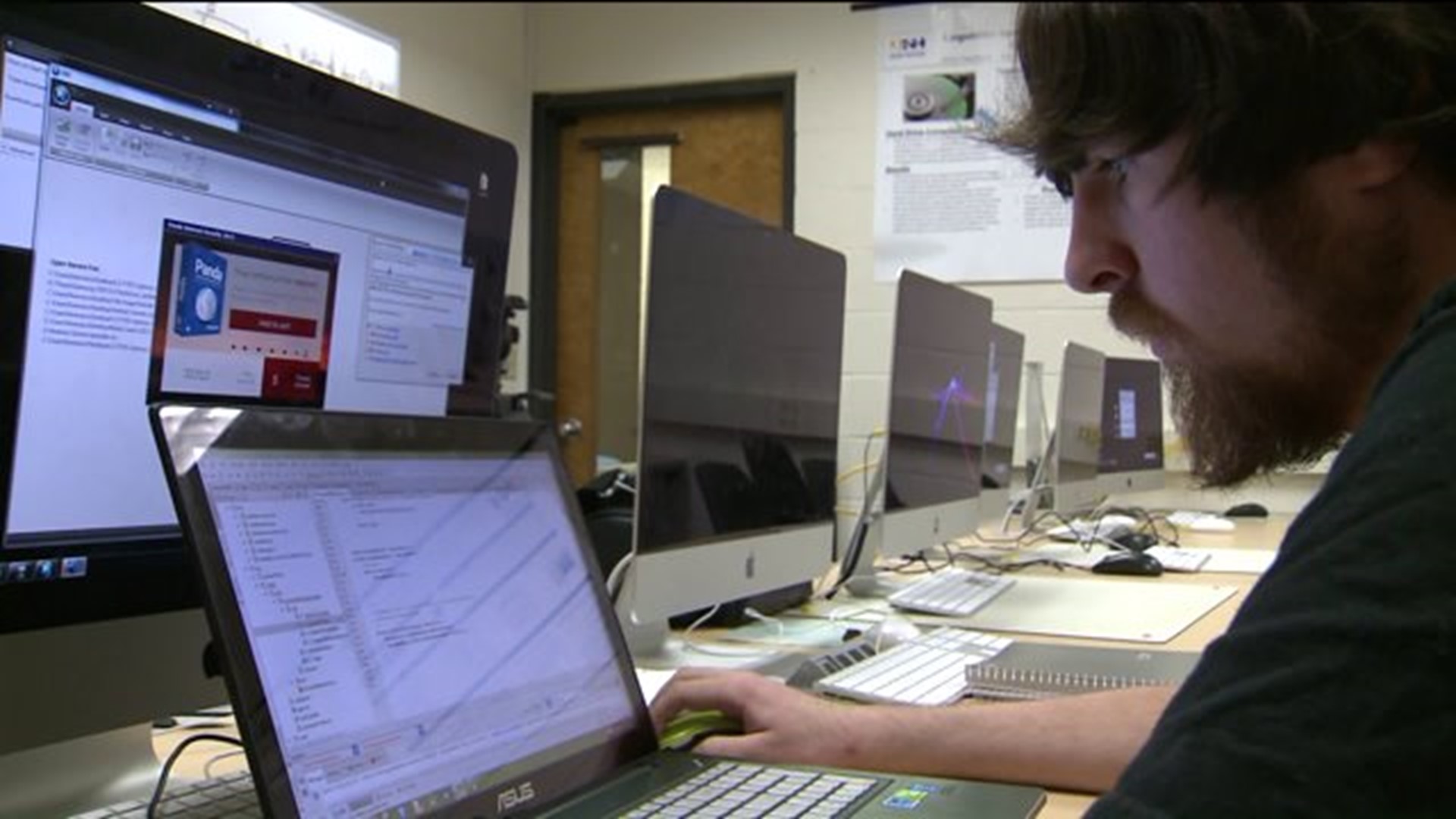 WEST HAVEN -- They are far from a bunch of "hacks" at the University of New Haven, but a new class there is teaching the tricks of computer hacking.

With computer breach after computer breach constantly grabbing headlines, UNH added the "ethical hacking" class to its engineering and computer science curriculum in April. Students are tasked with setting up private computer networks, and their classmates are challenged to break into them.

"The idea here is for students to learn how to defend," said Frank Breitinger, a UNH computer science professor. "You have to think like a bad guy, know how they would attack a system so you can make it secure."

Professor Abe Baggili, who runs the UNH cyberforensics research and education group said, "We are getting to the point in time where it's not only about the defense, it's about the offense."

Baggili is keenly aware of the latest and greatest hack attack, earlier this month, when the federal Office of Personnel Management was infiltrated by still unknown cyber thieves. Estimates are that millions of federal employees have had their personal information, like social security numbers and birth dates, stolen.

Tim Whitfield, a UNH grad student enrolled in the ethical hacking class, said, "Somebody needs to be on the other side making sure that holes are patched up, if not getting one step ahead."

To find out more about the program and the computer science department at the University of New Haven, click here.