FAIRFIELD – McKinley Elementary School has a brand new American flag waving at the school’s entrance, and it’s all thanks to an inspiring thir... 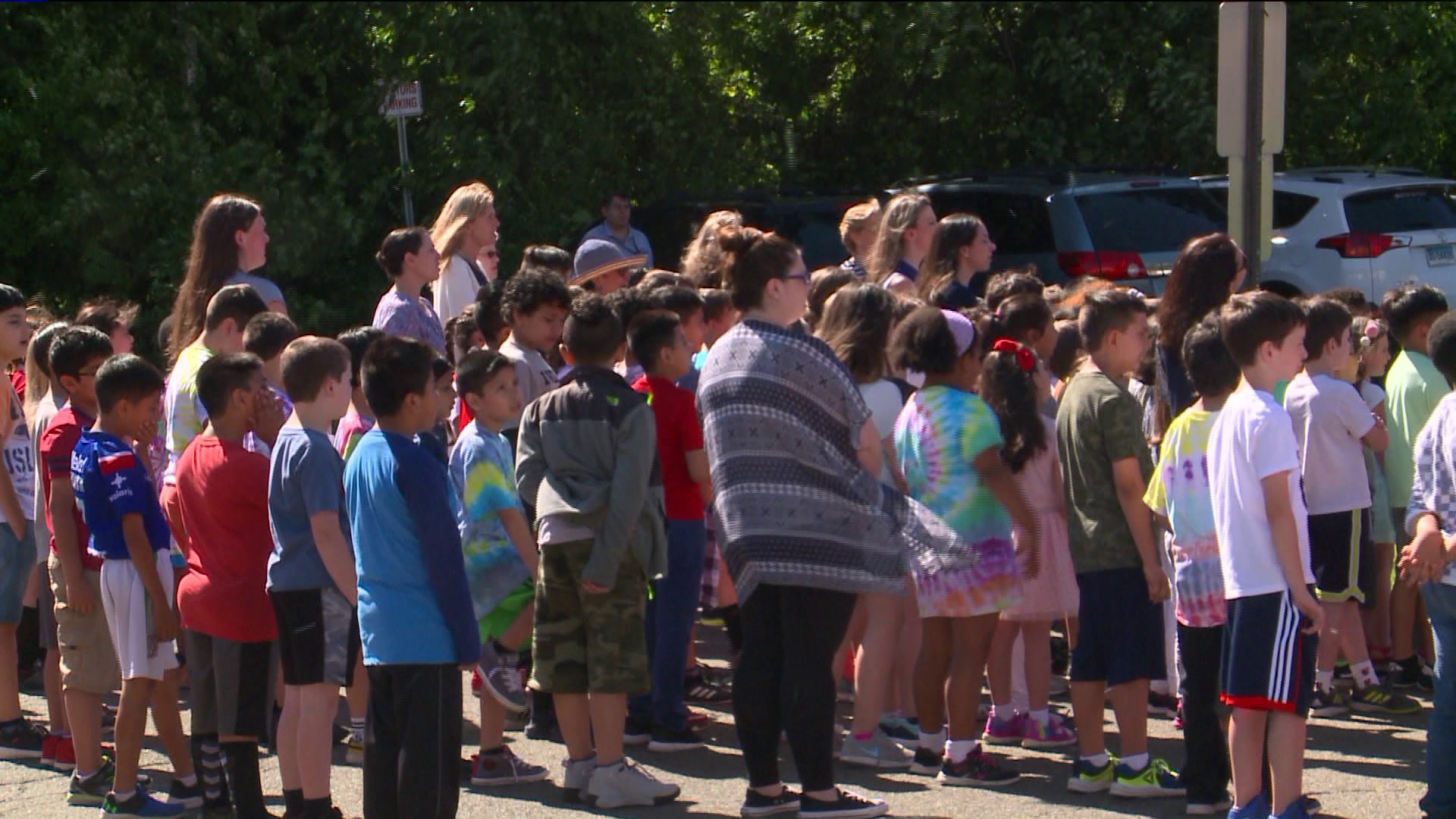 FAIRFIELD - McKinley Elementary School has a brand new American flag waving at the school's entrance, and it's all thanks to an inspiring third-grader.

9-year-old Adeline Steger was leaving school with her grandfather three weeks ago when she noticed her school's flag was torn.

"She noticed that it was raining, and the flag was ripped," said Sam Fischer, Adeline's grandfather. "It was not presentable."

"I saw that the old flag was torn, and hanging by one string," said Steger.

So, her grandfather told her that he would help her write a letter to their state senator, asking for a new flag for the school.

"Next thing you know where we are, and he's got a flag that flew over the Capitol," said Fischer. "She's so happy with herself that she was able to do something good."

State Sen. Tony Hwang says he was moved by Adeline's letter, and felt compelled to help her.

"The flag is going to be at McKinley School in Fairfield because of a third grader who believed that she can make a difference," said Sen. Hwang.

Local veterans took down the torn flag, and replaced it with the new flag as the children watched in awe on Thursday, which also happened to be Flag Day.

"That is special, that means that they understand everything that has been going on around them, and it's important," said Tom Quinn, a past commander, and local veteran.

Adeline smiled alongside her classmates decked out in red, white, and blue, just like the flag she was so proud to see waving at her school's entrance.

"You can do lots of things if you put your mind to it," said Steger. "You see a need, so you solve the need."

Adeline's family says they are proud of what she has accomplished at just nine years old, and says they cannot wait to see what she goes on to do next.

"It's a great thing to display the colors of the United States of America," said Fischer. "It means so much to so many people, and to the veterans that are here today to help us take down the old flag, and it will show the kids how we treat the flag."