HARTFORD– Thousands of Muslims gathered alongside city and state officials at the XL Center to honor a religious holiday. Shoes off, and chants begins the... 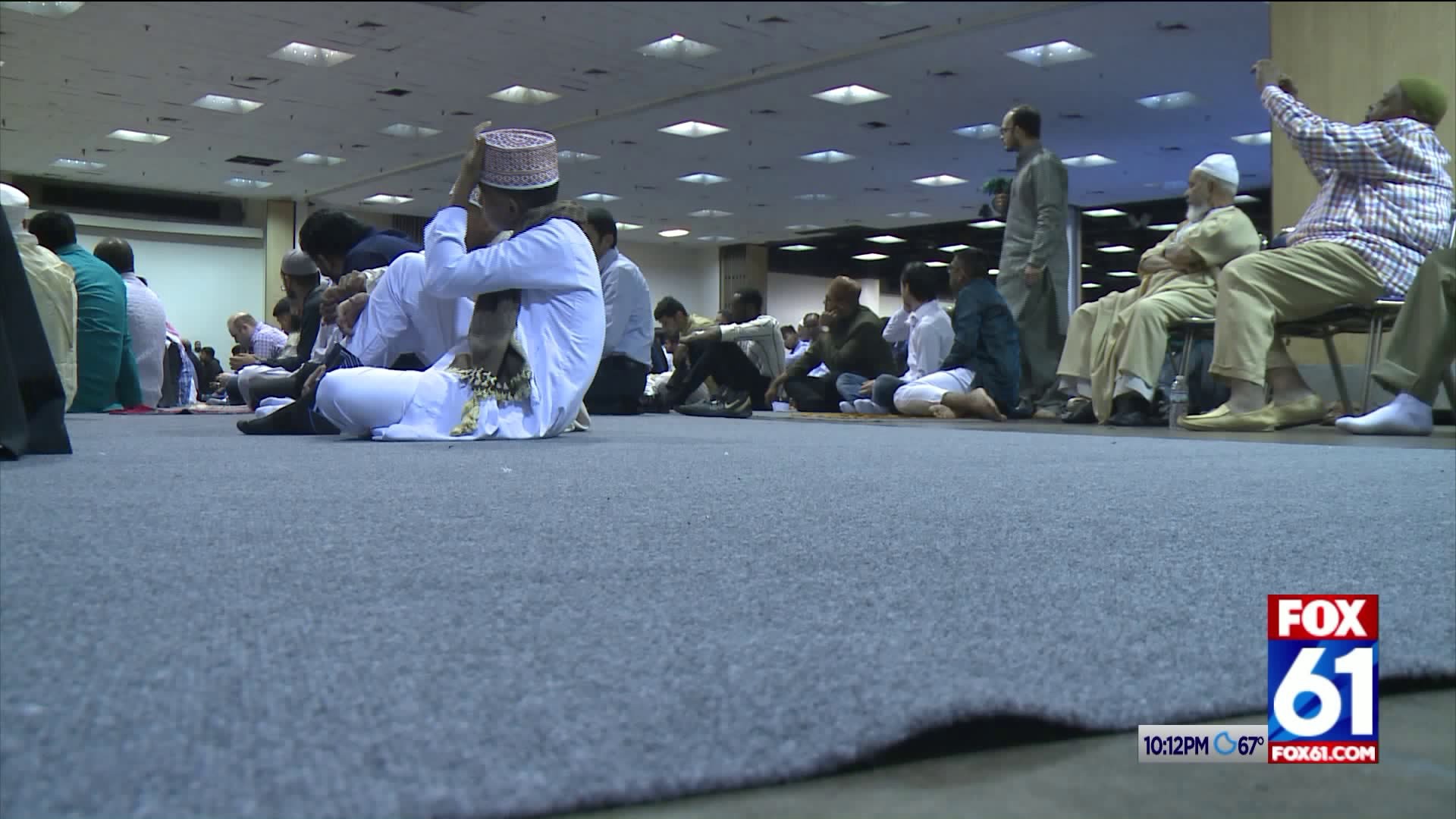 HARTFORD-- Thousands of Muslims gathered alongside city and state officials at the XL Center to honor a religious holiday.

Shoes off, and chants begins the day of Eid ul Azha and organizers say this is the holiest event on the Muslim calendar.

Mobashar Akram who is the director the Islamic center of Connecticut said, “We’ve been able to gather all of the Muslim communities, so we have people from New Britain, Farmington, Avon, East Hartford, Manchester, Hartford and surrounding towns to come together and participate as a group to celebrate this event.”

Over  4,000 people showed up to pray and reflect. The holiday recognizes the sacrifices of Abraham.

“It means like kind of giving up maybe like worldly pleasures or things like that for God and for other spiritual reasons, even for people you care about,” said Maria Ankram

City and State officials came to the venue in support of the holiday.

This comes just days after an Islamic butcher shop in Bloomfield was vandalized with what police are calling hate speech.

Members of the Islamic community said they are practicing tolerance, and forgiveness.

State Representative Saud Anwar said, “The thing it there are people who are making money by dividing us as people and there is a whole industry that is out there using hateful messages to bring about hate within people, but I think Americans have woken up to the reality we are one nation, under god, indivisible.”

Sacrifice and willingness to come together are the what members said was the key message.

“Sacrifice means to us to be looking out for those that are less fortunate than us, who are less privileged than us, and also being able to make sure that they are provided,” said Akram.