HARTFORD – The city was packed with people from all over Saturday night as everyone gathered for the Annual 2017 Riverfest, ConnectiCon and Food Truck Festival.... 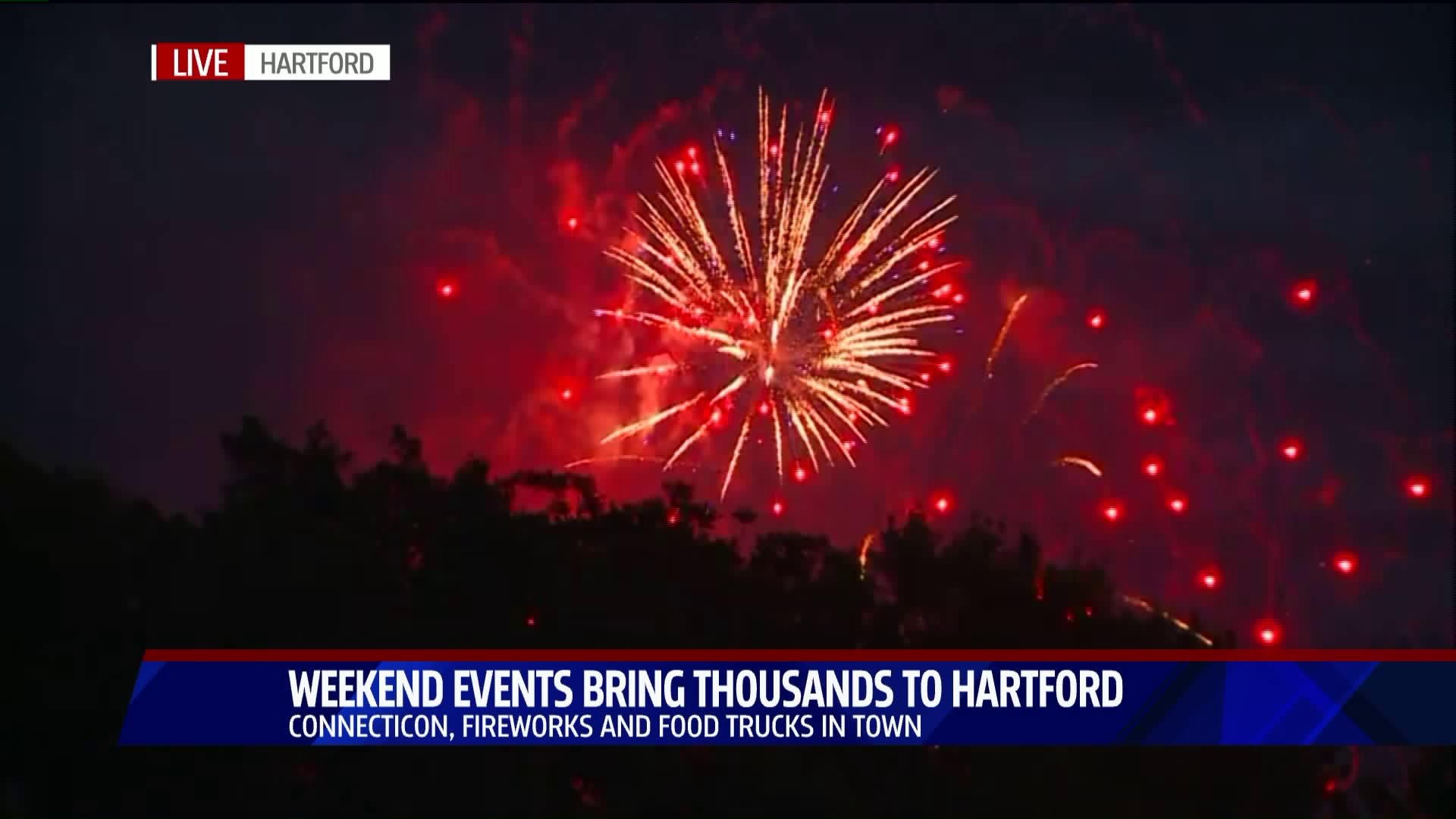 HARTFORD – The city was packed with people from all over Saturday night as everyone gathered for the Annual 2017 Riverfest, ConnectiCon and Food Truck Festival.

All three events are big summer traditions for the people of Connecticut. It is a way for everyone to kick back, enjoy good food, good music and to end their nights with fireworks.

The Riverfront lawn was filled quickly as people reserved an early spot to get the best view of the fireworks. Despite the few rain showers that passed through, it did not stop them from enjoying the show.

“The kids love it, you know. I’m a mom’s mom, so whatever the kids want to do, I’m all for it and I’m a big kid so I love the fireworks,” said Tara Givens of New Britain.

Hartford police officers had a big meeting as soon as the events kicked off to discuss their game plan for heightened security given the crowd size.

During the day, food trucks lined up next to each other and people waited in long lines for several hours to get the fresh food they have been waiting for.

“It’s a good atmosphere. Good food. A lot of people, so it’s nice to intermingle with all those people so it’s a good time,” said Kristen Pepler of West Hartford.

The festival brought people from all over; those like Michelle Pearlman and Sarah Griffin are both who traveled all the way from New York and they made the commute solely for ConnectiCon.

It is an annual convention where people can dress up as their favorite anime and comic book character.

“You walk around and everyone is just like ‘oh hey, I love your character. I love your costume. Let’s take a picture.’ Things like that and everyone’s really friendly and nice in general,” said Michelle Pearlman.

“It’s one of those things I look forward to when I come for the convention because there’s just so many people and so much good food here,” said Sarah Griffin.

Riverfest did not happen last year because of budgeting issues so that is why many people said they took the opportunity to attend this year.