LONDON — Police arrested a fifth suspect in the bombing near the Manchester Arena, and are assessing a ‘package’ the suspect was carrying. The...

LONDON — Police arrested a fifth suspect in the bombing near the Manchester Arena, and are assessing a ‘package’ the suspect was carrying.

The 22-year-old behind the deadly bombing at an Ariana Grande concert in Manchester, England, was linked to a wider network and had returned to Britain from Libya just days before launching his attack, officials say.

Police named Salman Abedi, a British-born national of Libyan descent, as the bomber in the attack on Manchester Arena, which killed at least 22 people, including children, on Monday night. Abedi died in the blast, in what appears to have been a suicide bombing.

“It is very clear that this is a network we are investigating,” Greater Manchester Police Chief Constable Ian Hopkins said Wednesday following a series of raids and arrests after the attack.

UK Home Secretary Amber Rudd earlier told the BBC that Abedi was on the radar of intelligence services and that he had recently returned to the UK from Libya.

Abedi was in Libya for three weeks and returned just days before launching his attack, US military officials assigned to the Africa Command told CNN. They said that information had been shared between US and British intelligence services, but cautioned that a full intelligence analysis was underway to put those details in context.

The officials said that US and UK intelligence services, along with the Africa Command, are looking at the possibility Abedi could have met with ISIS members or operatives from al-Qaeda in the Islamic Maghreb.

Rudd earlier slammed the US for leaking several details on the attack investigation as “irritating” and asked them to stop.

“We will find out more when the operation is complete,” Rudd said Wednesday to the BBC.

Rudd later refused to respond to Collomb’s comments that Abedi was believed to have been to Syria. She also refused to elaborate on reports in Arab media that the father of the bomber had links to Islamist rebel groups in Libya.

Prime Minister Theresa May announced Tuesday night that Britain’s threat level had been raised from “severe” to “critical,” and warned that a “further attack may be imminent.”

Four men are now in custody, including three arrested in south Manchester on Wednesday and a 23-year-old detained Tuesday.

CNN journalists witnessed the aftermath of a raid outside the Granby House apartment building in central Manchester on Wednesday, where police were closely guarding the front door and letting residents out. Dramatic images from the raid showed heavily armed officers storming the building.

Up to 3,800 military personnel have been made available across Britain following the attack, Secretary Rudd said, and almost 1,000 are now deployed.

London’s Metropolitan Police service announced that military personnel would guard “key locations” as part of what’s been called “Operation Temperer,” and soldiers were seen at Buckingham Palace and extra police at train stations on Wednesday morning.

“I would expect this to be temporary but we will keep a close eye to see how long we need them for and when it’s appropriate we end Operation Temperer and go back to our different levels,” Rudd said.

The Chelsea Football Club canceled its victory parade for winning the English Premier League. It was planned for Sunday in London, but the club said it decided to call it off out of respect for the victims and in light of the security threat.

The British parliament said that it was closing its doors to non-passholders and canceled all its events.

Abedi’s three weeks in Libya has raised questions about his travel route and how aware British authorities were of him and his movements in recent weeks.

The US’ Africa Command, which oversees any US military involvement in Libya, is now trying to use its contacts there to learn where Abedi went and whom he might have met with, US military officials said. Abedi is believed to have family members still in Libya, but so far the US has not been able to determine where they are.

Abedi was was a student at the University of Salford in Manchester. The University told CNN that he was studying business and management but while he was enrolled for the current academic year he has not been attending classes.

Libya has become a hotspot for terrorism since the downfall and death of dictator Moammar Gadhafi in 2011. ISIS has gained a foothold in the country, and a tenuous UN-backed government there has struggled to assume full command of the security situation.

ISIS claimed Monday’s attack, saying on its Telegram channel Tuesday that a “soldier of the caliphate” was able to “plant explosive devices” at the arena, according to a US counterterrorism source. ISIS routinely claims attacks it has no proven connection to.

Authorities have discovered no evidence of a link between the attacker and an established terror group, a British counter-terrorism official told CNN.

Children among the dead

Seven victims have so far been named, and Chief Constable Hopkins confirmed Wednesday that another person killed was a serving a police officer. He did not name that victim.

Georgina Callander, 18, an Ariana Grande superfan, also died, her school said, and John Atkinson, a 26-year-old student from Greater Manchester, was killed, according to Ivan Lewis, a local politician.

Michelle Kiss, a wife and mother, is among the dead, her family announced Wednesday. Two Poles were also killed, Poland‘s Foreign Ministry tweeted.

Sixty-four people were injured in the attack, and at least 12 victims aged 16 or under were being treated at a children’s hospital for serious injuries, some of them fighting for their lives, a Manchester health official said. 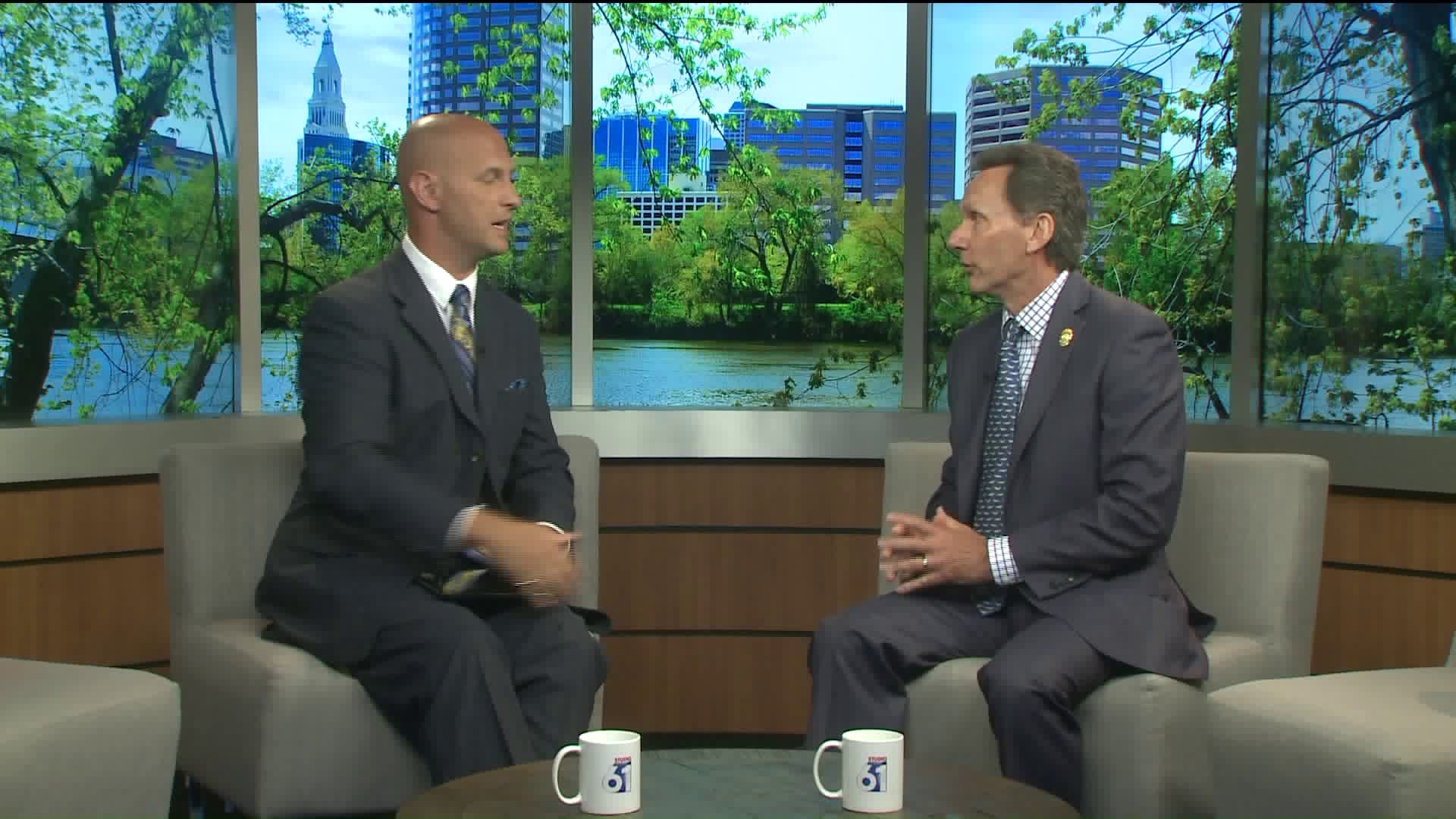